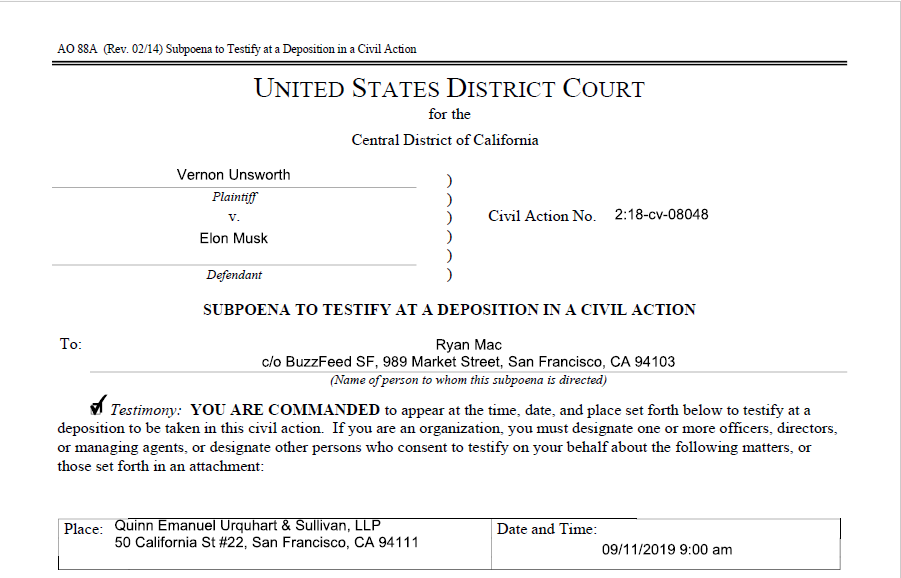 A portion of the first of two deposition subpoenas sent to BuzzFeed reporter Ryan Mac as part of a defamation suit between Tesla CEO Elon Musk and caver Vernon Unsworth.

Ryan Mac, a senior technology reporter for BuzzFeed News, was issued his first subpoena in the unfolding case between caver Vernon Unsworth and Tesla CEO Elon Musk on Aug. 26, 2019. Mac subsequently received a second deposition subpoena, bringing the total number of subpoenas issued against the outlet and its reporter to five.

Unsworth is suing Musk for defamation, alleging that the tech executive repeatedly labeled him a pedophile without evidence on Twitter and in communications with Mac, the latter of which were published by the outlet.

Lawyers for Musk previously subpoenaed the outlet twice during the discovery phase, and lawyers for Unsworth did so once. BuzzFeed provided some of the requested documents while objecting to others on First Amendment and reporter’s privilege grounds. The judge sustained the outlet’s objections.

Musk was the first to file a subpoena demanding reporter Mac appear at a Sept. 11 deposition in San Francisco. About a week later, Unsworth’s counsel issued its own subpoena against Mac, effectively joining Musk’s. The U.S. Press Freedom Tracker reviewed the motion to quash both subpoenas for Mac’s deposition.

According to the filing, the cover letter on the subpoena stated, “Mr. Musk does not intend to seek testimony from you that would be protected by the United States or California Constitutions or any other reporter’s privilege.” The letter did not, however, state what information Musk did hope to obtain by questioning Mac.

Mac’s counsel argued that Musk’s attempt to depose the reporter was part of a campaign of harassment and intimidation.

“It is clear from Musk’s prior conduct that he would put Mac through the ordeal of a hostile deposition for no reason other than to retaliate against Mac for his critical reporting,” the filing said. “The deposition subpoenas must be quashed to avoid this oppressive outcome.”

The filing argued that Musk is trying to deflect blame for his comments about Unsworth onto Mac, claiming that because Musk wrote the phrase “off the record” in the unsolicited email he sent to Mac, he couldn’t reasonably foresee that the statements he made would be published and therefore cannot be held liable.

Mac’s attorneys argued that, as Mac never agreed to keep the emails off the record, their contents were fair game for publication.

According to the filing, Musk’s attorneys were asked to voluntarily withdraw the subpoena, but they declined to do so.

On Sept. 9, Michael Lifrak, an attorney representing Musk, emailed BuzzFeed Attorney Kate Bolger offering to withdraw the deposition subpoena if the outlet would agree to a Rule 30(b)(6) deposition, in which one or more individuals from an entity are questioned about set topics. The topics proposed by Lifrak included BuzzFeed’s guidelines on publishing off-the-record and on-background information, pre-publication review process and editorial process and procedures for predicting article popularity.

Bolger responded over email, “This request calls for privileged matters related to BuzzFeed’s newsgathering materials and is, indeed, far broader than the request to Mr. Mac. It is not worth exploring.”

Mac’s attorneys filed a motion to quash both deposition subpoenas on Sept. 13, arguing that any information that could be gained legally is already available to the parties and everything else is protected under California’s reporter’s privilege.

A hearing is scheduled for Oct. 18.

On Oct. 8, 2019, a California judge quashed Tesla CEO Elon Musk’s subpoena to depose a reporter in connection with the unfolding defamation case between Musk and caver Vernon Unsworth.

Ryan Mac, a senior technology reporter for BuzzFeed News, received a subpoena from Musk’s lawyers ordering him to appear at a Sept. 11 deposition in San Francisco. About a week later, Unsworth’s counsel filed their own deposition subpoena.

Unsworth is suing Musk for defamation, alleging that the tech executive repeatedly labeled him a pedophile without evidence on Twitter and in communications with Mac, the latter of which were published by BuzzFeed.

Mac’s counsel filed a motion to quash both subpoenas; Magistrate Judge Jacqueline Scott Corley granted the request to quash Musk’s but allowed Unsworth’s to stand, according to a filing shared on Twitter by Mac.

Scott Corley did place limitations on the topics that could be discussed during the deposition and Musk’s cross-examination, however, specifically noting that Musk’s behavior and his lawyers’ requests on his behalf showed hostility toward Mac.

Mac tweeted that the judge’s decision was a win for the free press, and that the suit will go to trial in November.

A judge ruled a few hours ago that Elon Musk won’t be able to depose me in the ongoing defamation lawsuit against him from cave rescuer Vernon Unsworth. A win for the free press. The case goes to trial next month and we will continue to cover it. pic.twitter.com/3RM4pcLgSF

These were two of five total subpoenas issued in the case; the three subpoenas issued against BuzzFeed were partially complied with and the news organization has not received court orders compelling it to fully comply with the subpoenas. 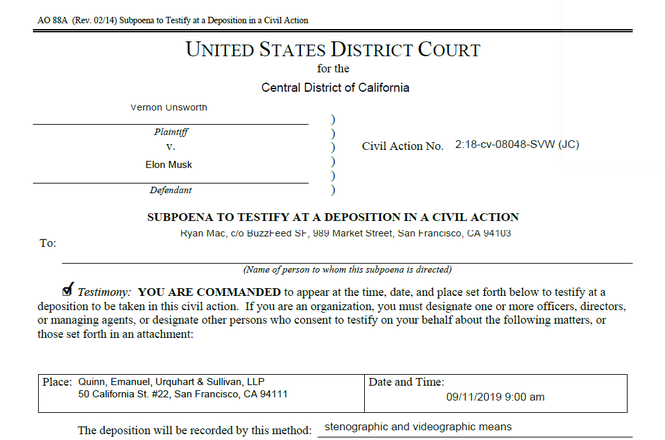 Ryan Mac, a senior technology reporter for BuzzFeed News, was issued his second subpoena in the ongoing case between caver … 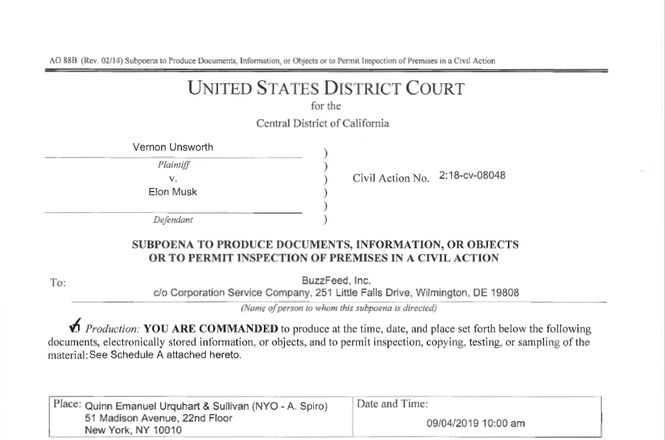 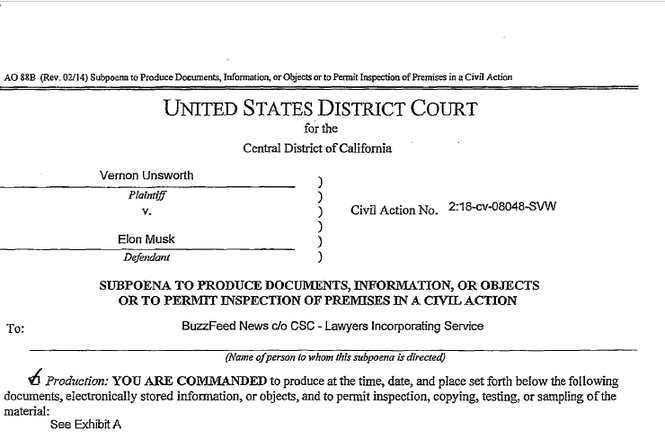