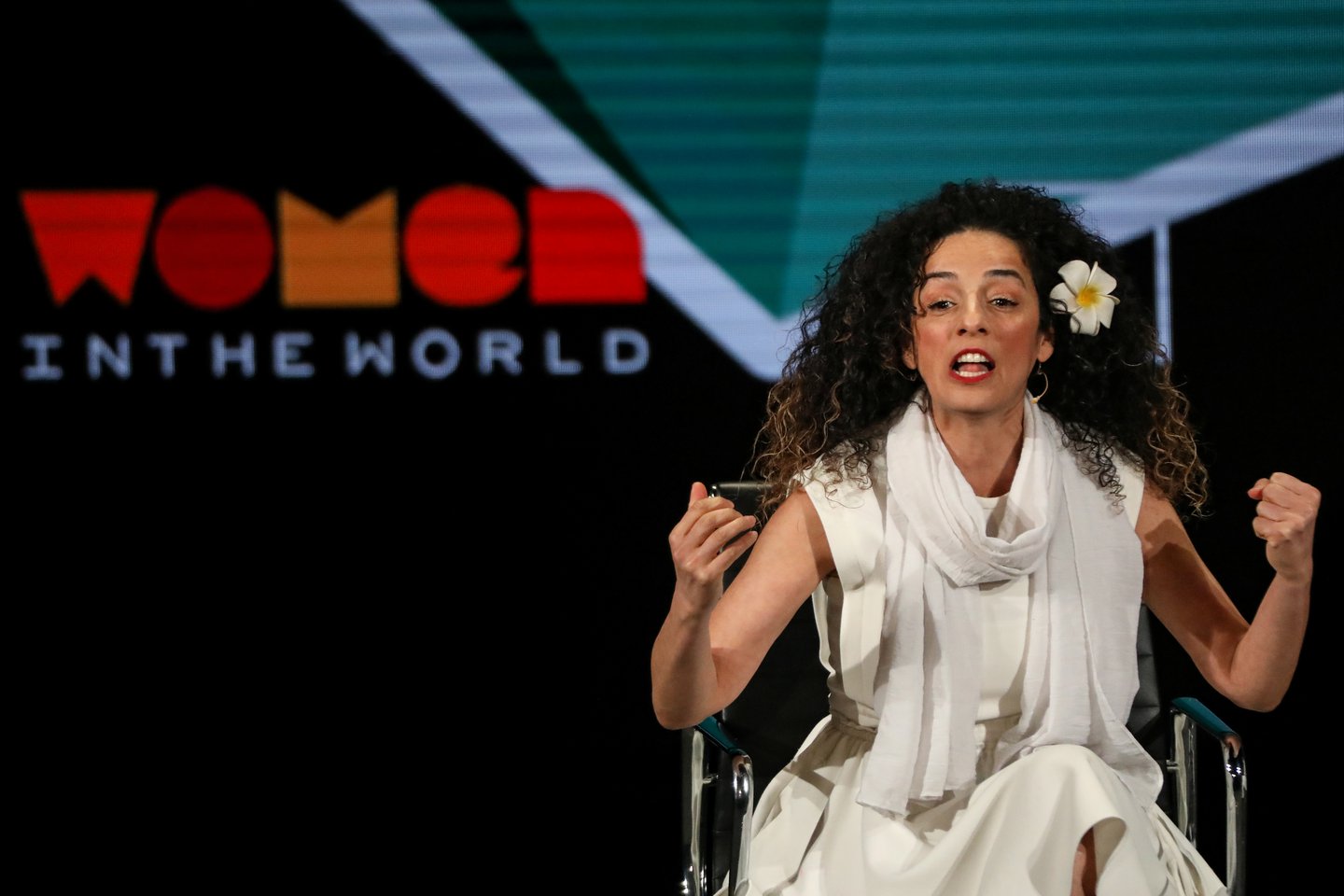 Iranian journalist and women's rights activist ​​Masih Alinejad speaks onstage during the 2019 Women In The World Summit. On July 13, 2021, the federal government unsealed an indictment revealing a kidnapping plot against the journalist.

Brooklyn, New York-based Iranian American journalist and writer Masih Alinejad was the target of an international kidnapping plot, according to a federal indictment unsealed on July 13, 2021.

Four Iranian nationals allegedly involved in the country’s intelligence network were indicted with conspiring to kidnap Alinejad, who fled the country in 2009 and has been critical of the Iranian government, The New York Times reported. A fifth individual was indicted on charges of providing financial support for the plot, but wasn’t alleged to have participated in the kidnapping conspiracy; he was arrested in California on July 1.

In an op-ed published by The Washington Post in August 2020, Alinejad wrote that “the Iranian government had unleashed a social media campaign calling for my abduction.” According to the Times, the Iranian government had attempted to induce Alinejad’s relatives into luring her into an abduction in 2018 and began plotting her kidnapping in earnest as early as June 2020.

“As alleged, four of the defendants monitored and planned to kidnap a U.S. citizen of Iranian origin who has been critical of the regime’s autocracy, and to forcibly take their intended victim to Iran, where the victim’s fate would have been uncertain at best,” U.S. Attorney Audrey Strauss said in a news release.

According to the indictment, the defendants used private investigators to surveil Alinejad’s residence in Brooklyn, capturing photographs and video of her and other members of her household. They also reportedly researched means of transporting Alinejad out of the country, including using military-style speedboats to travel from New York to Venezuela, the government of which has friendly relations with Iran.

Alinejad told CNN after the indictment was unsealed that she has been under FBI protection since the end of 2020, and had been staying at different safe houses.

The four defendants were each charged with conspiracies related to kidnapping, sanctions violations, bank and wire fraud and money laundering and face life in prison, but remain at large, according to a news release from the U.S. Attorney’s Office for the Southern District of New York.

“This is not some far-fetched movie plot,” William F. Sweeney Jr., the head of the FBI’s New York office, said in the news release. “We allege a group, backed by the Iranian government, conspired to kidnap a U.S. based journalist here on our soil and forcibly return her to Iran. Not on our watch. When we find you, you will be brought here and held accountable under U.S. law.”

In a statement published by The Iranian Students’ News Agency, an Iranian Foreign Ministry spokesperson dismissed the allegations as “baseless and ridiculous,” CNN reported.

TV and radio stations owned by the Cox Media Group were forced offline by what was believed to be a ransomware attack starting on June 2, 2021, according to several media reports.The attack affected ABC affiliates WFTV in Orlando, Florida, and WSOC in Charlotte, North Carolina, as well as NBC affiliate WPXI in Pittsburgh, according to an NBC report. NBC’s June 4 report said the stations had been able to produce some broadcasts for their local audiences.The three stations are …