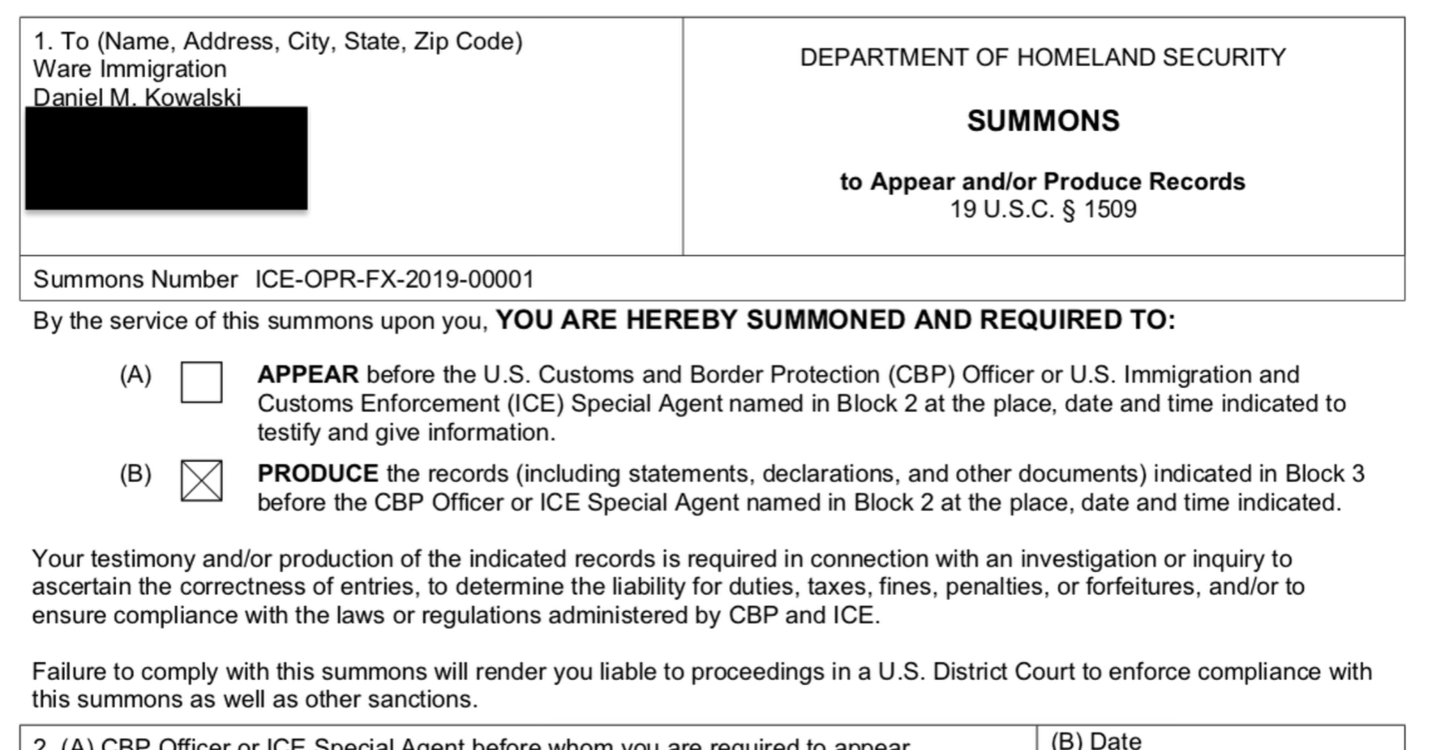 The Department of Homeland Security subpoenaed the editor of an immigration law journal in an attempt to identify the source of a leaked internal memo from Immigration and Customs Enforcement.

Daniel Kowalski is Colorado-based immigration attorney and the editor of “Bender’s Immigration Bulletin,” an immigration law journal published on LexisNexis. In July 2018, Kowalski published a leaked copy of an internal ICE memo about changes to the government's approach toward asylum claims.

On Oct. 16, 2018, Kowalski received a subpoena from the Department of Homeland Security ordering him to produce:

all information related to the Immigration and Customs Enforcement (ICE) memorandum with the subject title of “Litigating Domestic Violence-Based Persecution Claims Following Matter of a A-B-“ dated July 11, 2018; including, but not limited to: (1) date of receipt, (2) method of receipt, (3) source of document, and (4) contact information for the source of the document.

The subpoena also includes a gag provision, which states: “You are requested not to disclose the existence of this summons for an indefinite period of time. Any such disclosure will impede this investigation and thereby interfere with the enforcement of federal law.

The subpoena orders Kowalski to produce the requested material by Oct. 30, 2018, to a special agent in ICE’s Office of Professional Responsibility, suggesting that there is an active internal investigation into the source of the leaked memo.

Kowalski told Freedom of the Press Foundation that he intends to ignore the subpoena, which he believes was not properly served on him.

“I’m planning on ignoring it,” he said. “They also haven’t served me in person; they just faxed and emailed it, so technically they’d need to physically find me.”

Unlike subpoenas issued by federal courts, the subpoena to Kowalski was a summons issued directly by DHS, in accordance with a federal law (19 U.S.C.§ 1509) that allows DHS to issue summons in connection with investigations concerning the importation of merchandise.

ICE’s sister agency, Customs & Border Protection, previously cited the same law to issue a summons to Twitter last year. The summons, which demanded that Twitter reveal the user behind an alt-government account, was later withdrawn, and the DHS Office of Inspector General chastised CBP for misusing the statute.