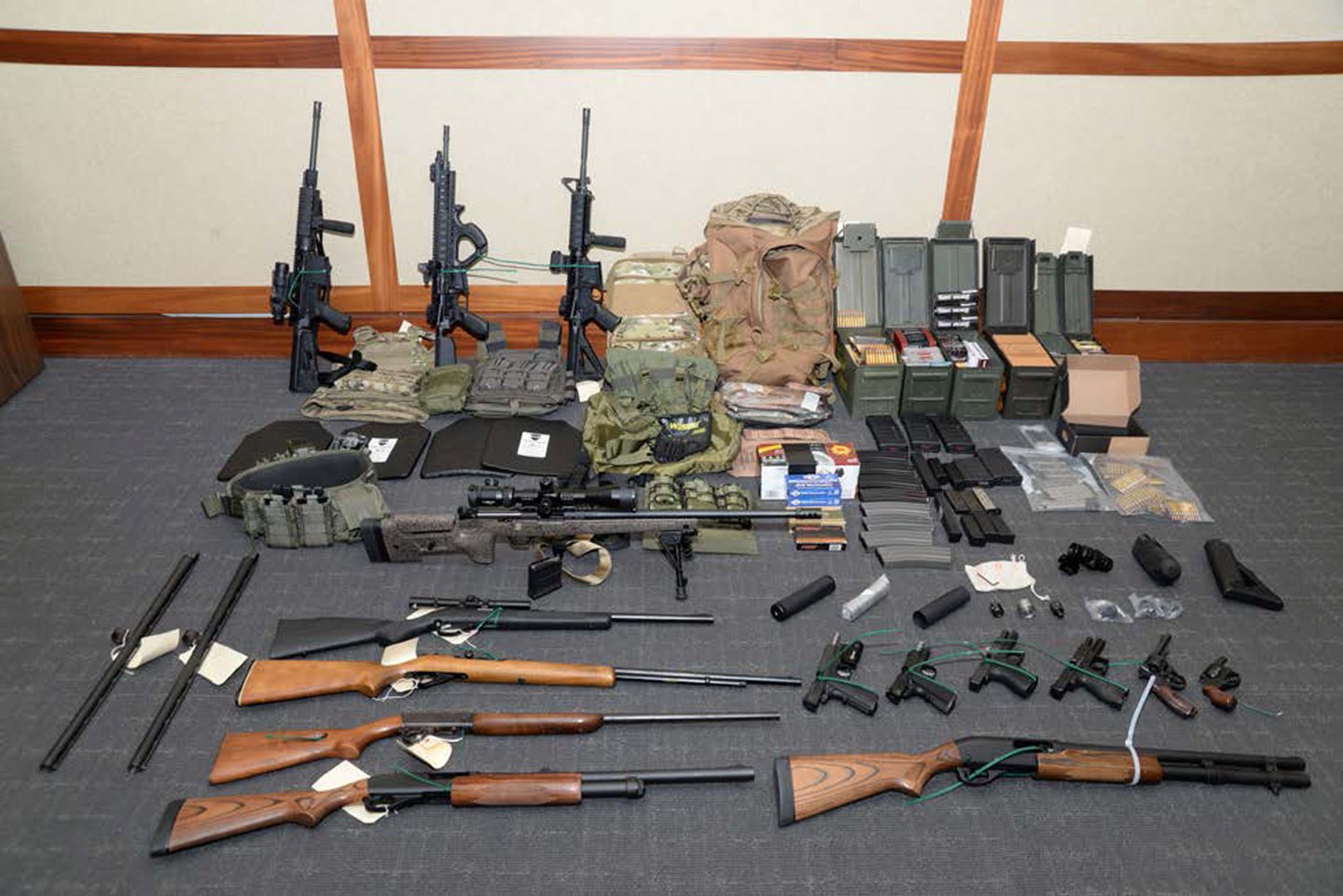 A cache of guns and ammunition was uncovered in February by U.S. federal investigators in the home of U.S. Coast Guard lieutenant Christopher Paul Hasson in Silver Spring, Maryland.

A Coast Guard officer was indicted by a grand jury on Feb. 27, 2019, following a search of his apartment that uncovered a cache of weapons and a hit list of “traitors” that he intended to attack, including prominent politicians and media figures.

McBride said that Hasson was arrested once Federal Bureau of Investigation and Coast Guard investigators were “confident in the strength of the evidence supporting the criminal complaint and warrant,” the The Sun reported.

Prosecutors say Hasson used his government computer to plot an assault, researching potential locations to target politicians and studying the writings of domestic terrorists including the Unabomber and the Virginia Tech shooter, The Washington Post reported.

In documents recovered from Hasson’s computer, he described himself as a “long time White Nationalist.” The Post reported that according to court documents, Hasson called for “focused violence” to “establish a white homeland.”

“The sheer number and force of the weapons recovered from Mr. Hasson’s residence in this case, coupled with the disturbing nature of his writing, appear to reflect a very significant threat to the safety of our community,” Robert Hur, U.S. Attorney for the District of Maryland, told The Sun, “particularly given the position of trust that Mr. Hasson held with the United States government.”

Prosecutors told The Post that Hasson could face up to 31 years in prison if convicted: 10 years for each of the weapons charges and one year for the possession of tramadol.

A self-described white nationalist and former Coast Guard lieutenant was sentenced to more than 13 years in jail on Jan. 31, 2020, on federal gun and drug charges, according to The New York Times.

Christopher Paul Hasson was arrested in February 2019 following a search warrant on his Silver Spring, Maryland, home where law enforcement seized firearms, silencers, opioids and more than 1,000 rounds of ammunition. Officers also found a list of potential targets, which included journalists and politicians. Suspicious activity on Hasson’s work computer had alerted the authorities.