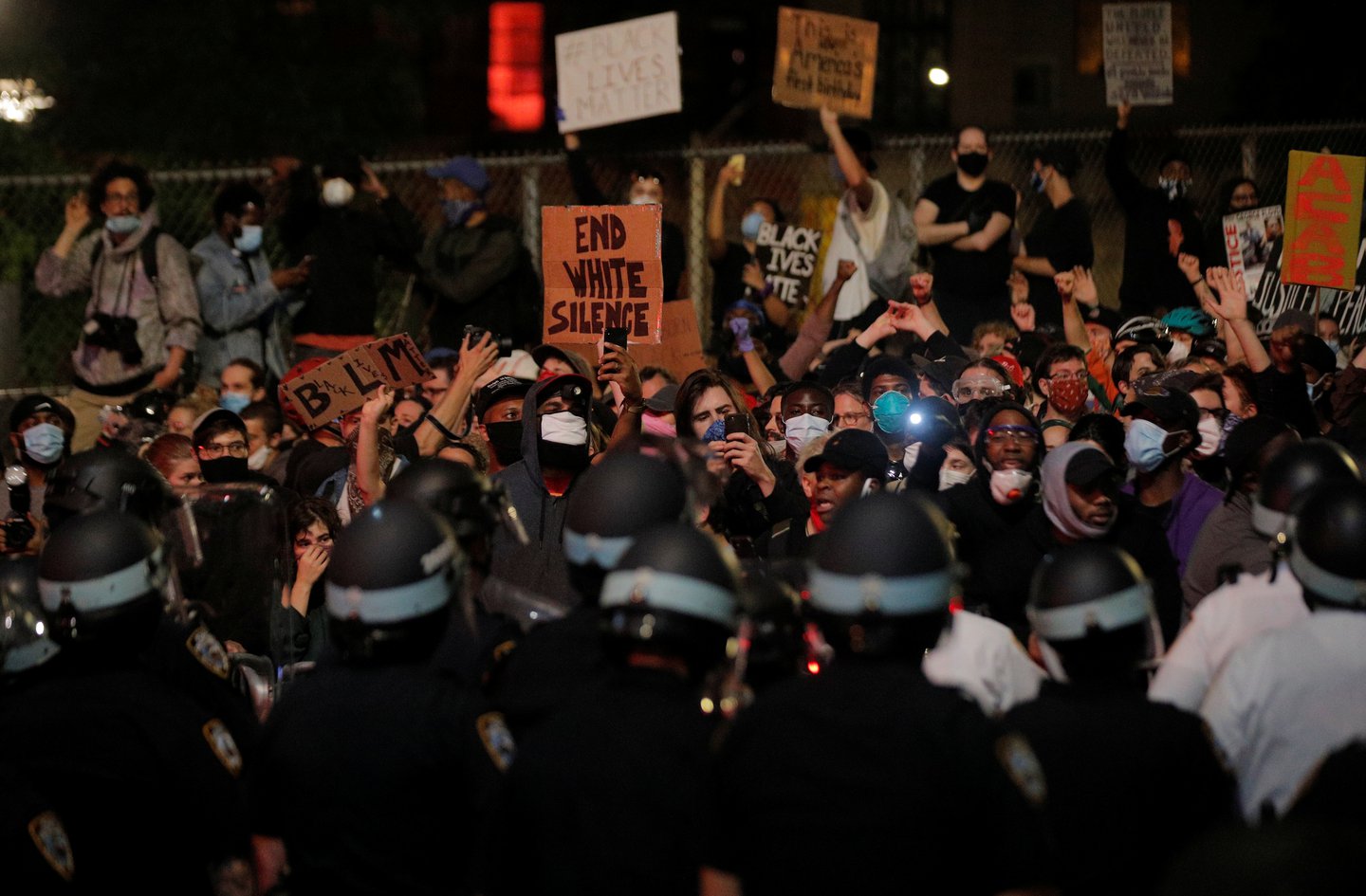 Demonstrators gather after curfew in lower Manhattan on June 2, 2020. Although media is exempt from curfew orders, two journalists with the Associated Press were forced by law enforcement to stop documenting the protests and leave the area.

Two journalists for the Associated Press were assaulted by law enforcement officers and ordered to leave the scene of protests in New York, New York, on June 2, 2020.

The AP reported that video journalist Robert Bumsted and photojournalist Maye-E Wong were documenting protests in lower Manhattan shortly after the 8 p.m. curfew took effect. Members of the media were exempted from the order as “essential workers.”

In a video captured by Bumsted, more than half a dozen officers can be seen confronting the journalists and ordering them to clear the street along with all the demonstrators in the area.

“Thank you. Have a good day. Go the fuck home,” one officer can be heard saying.

Bumsted, who declined to comment, can be heard responding that they are essential workers and are therefore exempt from the curfew. The AP reported that both were wearing press credentials and repeatedly identified themselves as media.

An officer responds, “I don’t give a shit.” Another can be heard repeatedly shouting, “Who are you essential to?”

The AP reported that officers repeatedly shoved both journalists toward Bumsted’s nearby car, separating them from each other. At one point, officers pinned Bumsted against his car.

In the video, an officer can be heard telling Bumsted, “You need to get in your car and get out of here.”

Bumsted responds that he needs the keys, which Wong was carrying, so the officers allow her to approach the vehicle.

As Bumsted appears to get into his car, he can be heard saying, “Don’t be like that. Respect the press.”

The New York Police Department did not immediately respond to a request for comment.

Independent journalist Janet Burns said she was shoved by a police officer while covering a protest in New York City on July 25, 2020.Burns said she was covering a demonstration that night in Lower Manhattan, at the corner of Delancey and Ludlow streets, for NYC Protest Updates 2020, a Twitter account set up by a group of young journalists after the May killing of George Floyd in Minneapolis sparked nationwide protests. The Twitter account has over 40,000 followers and provides …

A man hit a New York Post reporter with a piece of lumber during a demonstration to cut police funding at New York’s City Hall on July 12, 2020, the Post reported. The man was later arrested and charged with assault, police said.The weeks-long “Occupy City Hall” protests in June drew hundreds of people who pressed elected leaders to slash $1 billion from the New York City Police Department’s annual operating budget of around $6 billion. Dozens of people camped …
More related incidents