Two reporters for ABC affiliate WLTX were arrested while leaving a public housing complex in Columbia, South Carolina, on Jan. 29, 2019. Susan Ardis and Jenna Kurzyna were at the complex to gather public documents about a carbon monoxide gas leak there that killed two people earlier in the month.

WLTX reported that Ardis and Kurzyna had knocked on the door to the office where documents released by the Columbia Housing Authority are kept. When there was no response, the two reporters returned to their car to leave the property.

As they left, Ardis recorded video as a pair of private security officers blocked the exit from the parking lot and approached the journalists’ vehicle.

In the video, an officer can be heard saying, “You are being charged with trespassing after you’ve been asked to leave off the premises several times.”

Kurzyna responded to the officer, “We were in the process of leaving, though.”

Both reporters stepped out of the car as directed and were handcuffed and detained, despite clearly identifying themselves as reporters, WLTX President and General Manager Rich O’Dell told The State.

Kurzyna and Ardis were released from custody shortly after 11 a.m. that same day.

O’Dell told The State that to his knowledge, neither of the journalists were charged nor given a trespass warning.

Bob Coble, Columbia Housing Authority attorney and former City of Columbia Mayor, told The State, “I couldn’t imagine why a reporter was arrested if they identified as a reporter.”

Later that day, the CHA released a public statement, saying, “We, at the Columbia Housing Authority, apologize for the unfortunate incident that occurred earlier today with WLTX reporters, Jenna Kurzyna and Susan Ardis.”

The Housing Authority also stated that they would be holding a meeting with all security personnel later that day to review the incident, and that procedures were being put in place to prevent the incident from happening again.

In accepting the apology, WLTX said it was looking forward to working with the Housing Authority to review the public documents. 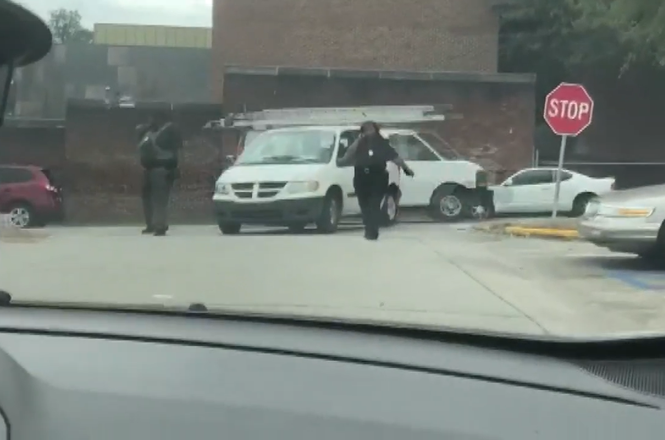