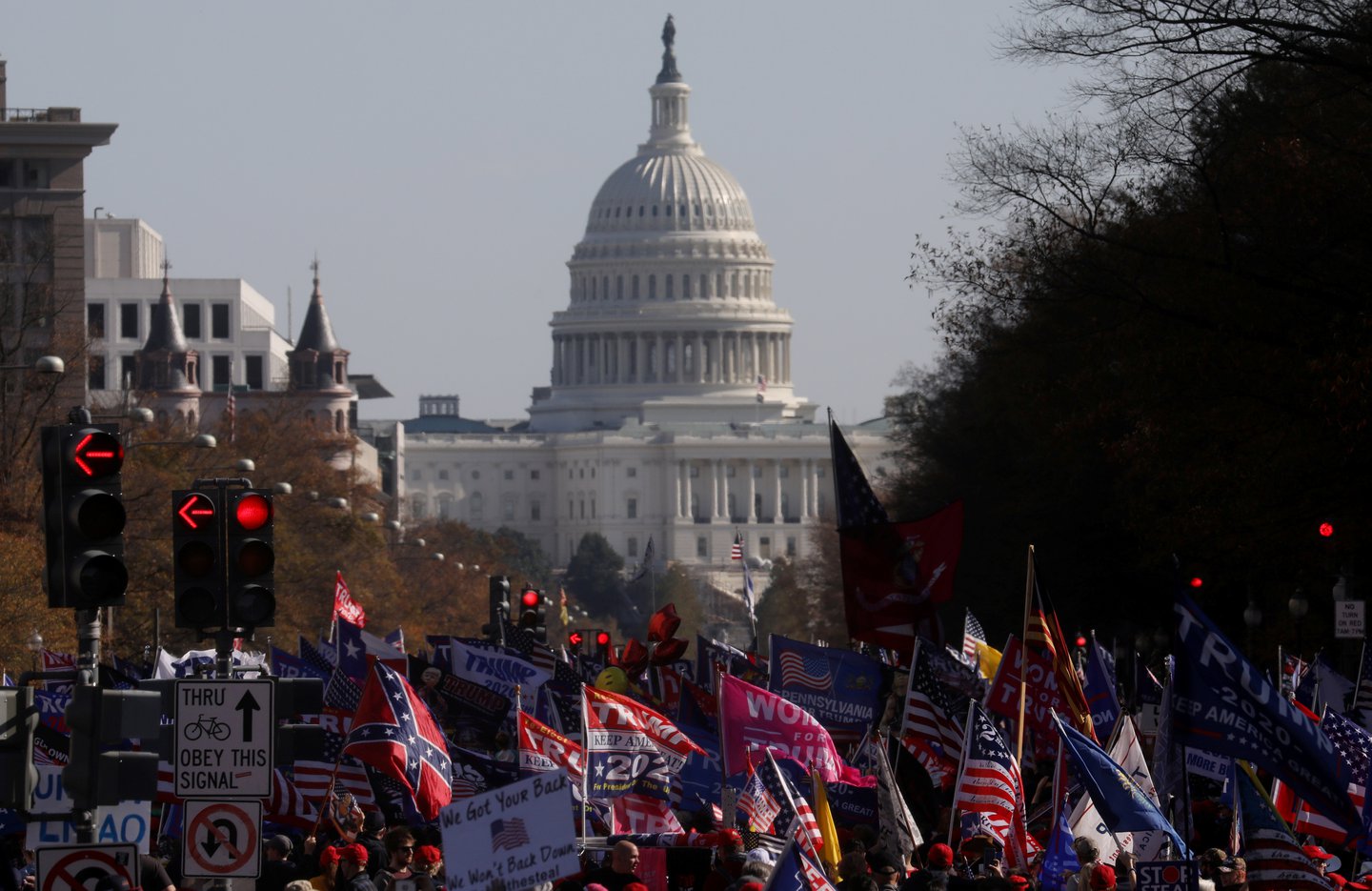 The U.S. Capitol building is seen as thousands of people participate in rallies in support of President Donald Trump in Washington, D.C., on Nov. 14, 2020.

Two independent journalists told the U.S. Press Freedom Tracker that they were assaulted while covering what organizers called the “Million MAGA March,” a gathering of various far-right groups, on Nov. 14, 2020, in Washington, D.C.

The rally was held in the aftermath of President Donald Trump’s failed reelection bid, a loss that the president and his supporters claimed — without evidence — was the result of widespread election fraud.

Things were mostly peaceful in the nation’s capital for much of Nov. 14, but fights broke out between Trump supporters and counterprotesters as the day wore on, according to the Washington Post.

Shortly after 8 p.m., independent journalist Talia Jane, who is based in New York City, was documenting one such brawl blocks from the White House, broadcasting footage of the melee to Instagram Live.

While she was filming, an individual punched Jane in the side of the head, causing bleeding from her ear and launching her smartphone from her hand.

“I was documenting a brawl where 200 fascists rolled up on about 80 BLM/anti-fascists and started going at it,” Jane told the Tracker. “I tried to stay somewhat off to the side, but a guy walked up to me and sucker-punched me.”

Jane said she was wearing a black shirt with “PRESS” written in white letters on the front and that she repeatedly said, “I’m press!” during the incident.

She said she was able to find a street medic, who applied gauze to her ear, but that she did not seek additional medical attention and continued to document the scene.

In a video that Jedeed posted two days after the march, two women can be seen calling Jedeed’s location to the attention of others in the crowd and accusing her of doxxing people at the rally.

“She loves to dox people. Right here, this bitch,” one of the women said while pointing in Jedeed’s direction.

A man with an American flag face covering approaches the scene, repeatedly calls Jedeed a “bitch” and moves just inches away from the journalist while she continues to record.

Jedeed tells the man that he is standing on her foot and repeatedly tells him to stop making physical contact with her. The journalist said that she recognized the two women and the man from rallies in Portland and that she had seen the man in the lobby of her hotel earlier that day.

“I can’t wait to see you in the fucking lobby again,” the man says to Jedeed.

A number of other members of the crowd, many of them not wearing masks, surrounded Jedeed and hurled taunts and insults at her while standing close to her, which she captured in videos she posted to YouTube and Twitter.

“They were just getting aggressively in my personal space,” Jedeed told the Tracker. “At no point did anyone hurt me. I was very lucky.”

Jedeed said the incident lasted about 20 minutes. In her video, she can be heard repeatedly telling members of the crowd to stop touching her.

Ultimately, the man with the American flag mask who’d stepped on her foot — and repeatedly called her a fascist while she was being harangued by the crowd — ended up escorting her from the crowd. 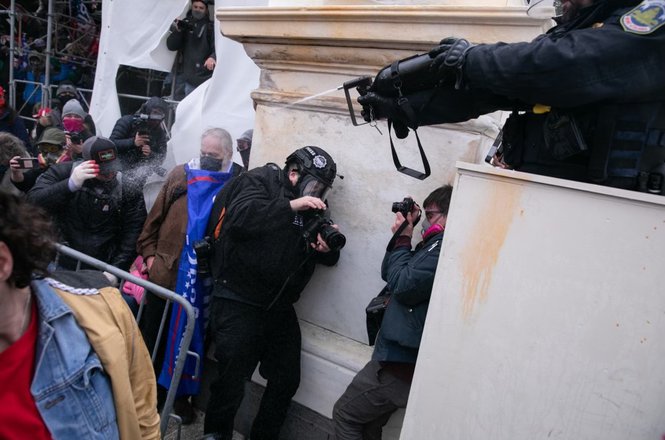 Supporters of President Donald Trump assaulted and harassed multiple journalists covering the insurrection in and around the U.S. Capitol on …
More related incidents