On Feb. 9, 2021, the Brevard County Commission in Florida passed a resolution sarcastically “honoring” journalist Isadora Rangel, who had written critically of the commission.

Rangel had recently announced that she would be leaving her post as the opinion and engagement editor of Florida Today, the major daily covering Brevard County, for a job at the Miami Herald.

In a video of the commission’s Feb. 9 meeting posted by the Washington Post, Commissioner John Tobia can be seen reading the resolution aloud.

Among the statements he cited: “Whereas because of her eloquent prose the circulation of Florida Today dropped only 16 percent during her tenure” and “Whereas her dedication to Brevard is exemplified by accepting a position with the Miami Herald a mere three years after coming here.”

Rangel had been a frequent critic of the commission. In March 2019, she criticized Commissioner Bryan Lober’s handling of an online squabble with a detractor, and in an op-ed published in January 2020, she called a ceremonial vote to uphold the Constitution “a farce.”

Following the resolution’s initial passage, Commissioner Lober proposed the addition of two amendments. The first, which the commission agreed to add, stated: “Whereas throughout her employment with Florida Today, Ms. Rangel never once let the fact she’s forbidden from voting in this county deter her from commenting on our politics and criticizing numerous Republican elected officials.” And the second, which Lober termed the “less palatable” of the two and which the commission would decline to add: “Whereas despite her recurring and highly partisan criticisms of the manner in which this county, state and country are governed, Ms. Rangel deserves recognition for selflessly remaining in this country, notwithstanding our roughly tenfold higher per capita GDP and approximately one-sixth the murder rate of the country from which she hails.”

Rangel, a permanent U.S. resident who moved from Brazil in 2006, tweeted her reaction on Feb. 11, writing, “When the Brevard County Commission passes a resolution ‘honoring’ you, taking up the public’s times and a commissioner makes a bunch of xenophobic comments because you got under their skin. #winning #BeijinhoNoOmbro.”

When reached for comment, Rangel said she wouldn’t be commenting on the issue any further and referred the U.S. Press Freedom Tracker to statements she’d given to the Post and Herald.

Rangel told the Post: “They feel entitled to use that time devoted to county issues for personal issues. Is that really what government is about? Is it the job of an elected official to use his official position to go on personal tirades and issue attacks against people?”

Neither Tobia nor Lober responded to the Tracker’s request for comment. Tobia told the Post that the resolution “pretty much speaks for itself,” adding, “We wish her well, but we certainly took a couple of jabs, as she often did in the newspaper.”

And Lober defended the resolution in an email to the paper, writing, “If she can dish it, she should be able to take it.” Addressing the comments about Brazil, he said he wanted to “illustrate how well we have it here, not how undesirable the situation may be in Rangel’s home country.”

A week after the passage of the resolution, Florida Today reported that the commissioner’s office had temporarily closed after threats had been received from an unidentified caller.

“As a result of the inaccurate and misleading reporting, shooting threats were called into multiple commission offices yesterday forcing their evacuation and costing taxpayers in law enforcement response,” Lober told the Herald.

When asked by the Herald to establish a connection between the threats and the media attention surrounding the resolution, the paper reported that the commissioner did not respond. 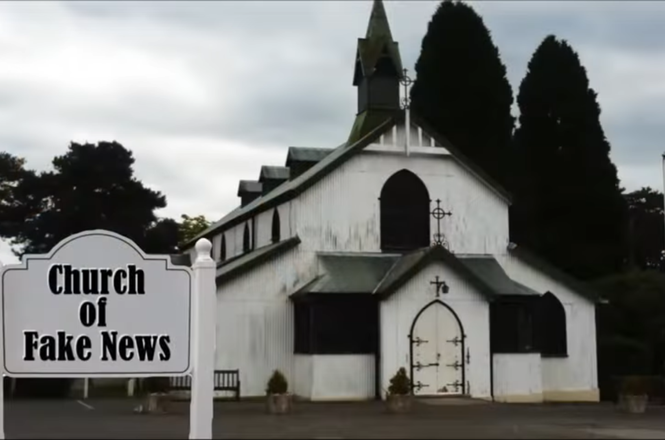