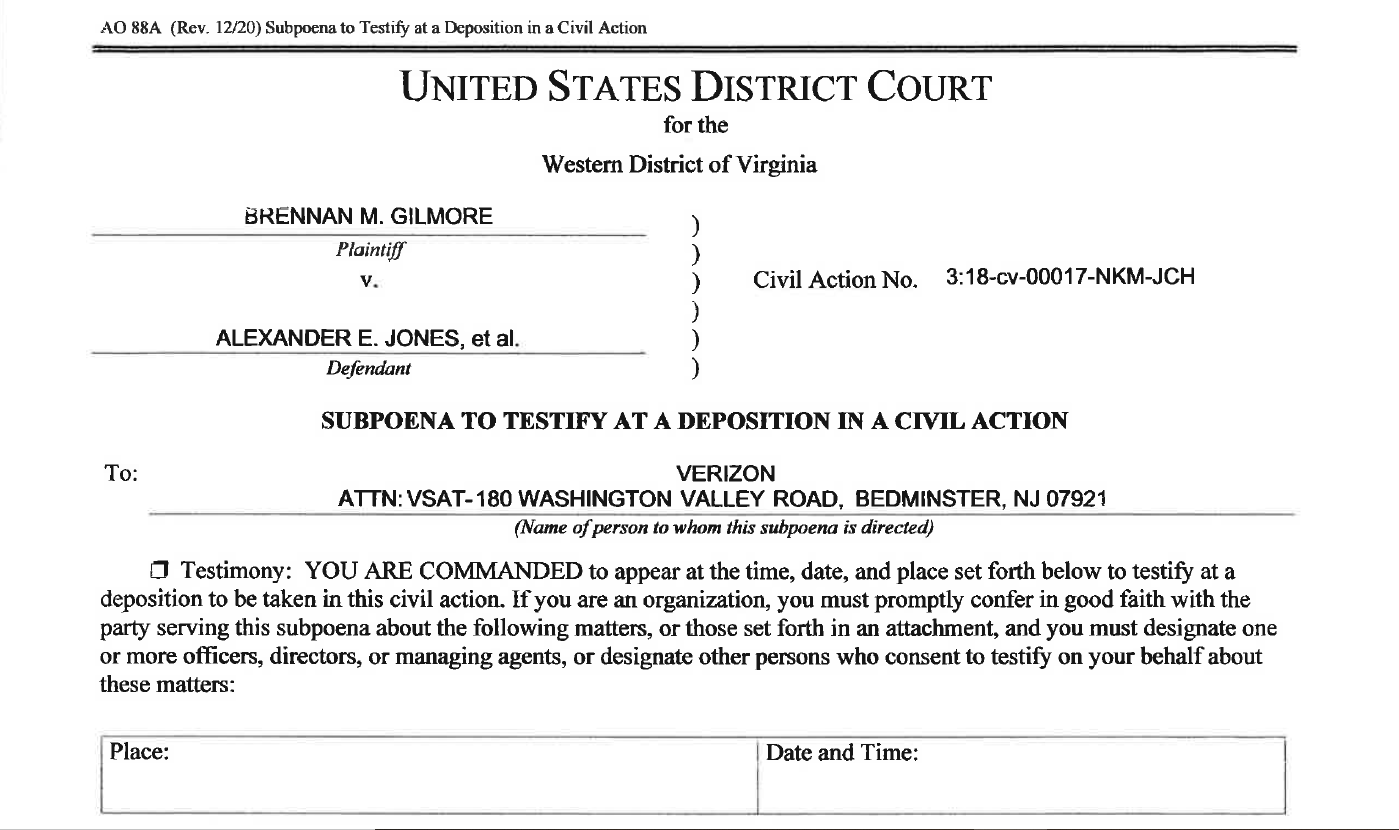 Phone records belonging to former New York Times reporter Jessica Bidgood were subpoenaed on May 20, 2021, as part of an ongoing lawsuit stemming from the “Unite the Right” rally in Charlottesville, Virginia, in August 2017.

Hoft, as part of his defense, alleged that coverage of the rally was skewed by a vast conspiracy involving the press and government actors; he issued numerous subpoenas to non-party individuals and government and law enforcement agencies in an apparent effort to uncover the supposed conspiracy. Five additional journalists or media outlets were subpoenaed in the proceedings.

The subpoena, reviewed by the U.S. Press Freedom Tracker, listed multiple phone numbers of which at least one belongs or formerly belonged to Bidgood, and ordered Verizon to produce the requested documents by June 4.

Bidgood, who didn’t respond to an emailed request for comment, was working for the Times during the dates specified; she is now a reporter at the Boston Globe.

Charles Tobin, an attorney representing Bidgood, told the Tracker that the Times received word of the subpoena for Bidgood’s records on July 14. Tobin filed objections to the subpoena and a motion to quash the same day. According to that filing, by that date Verizon had already mailed records to Hoft’s attorney but Bidgood hoped that the company could take steps to stop their delivery.

The following day, however, Tobin filed a motion on Bidgood’s behalf requesting that the court order Hoft’s attorney to destroy the documents that had successfully been delivered.

“The subpoena did not mention Bidgood by name, however, and it did not otherwise alert Verizon that Bidgood is a journalist and that her telephone records are therefore privileged journalistic work product under the First Amendment,” the motion read.

“The court should therefore order Hoft’s counsel to treat Bidgood’s privileged phone records as ‘Recalled Information’ under the Protective Order and to immediately destroy them, which will preserve the status quo while the Court considers Bidgood’s motion to quash the subpoena and any response and reply thereto,” the motion said.

U.S. Magistrate Judge for the Western District of Virginia Joel Hoppe granted the motion in part on July 16, directing Hoft’s counsel not to view the records and to secure the records in a sealed receptacle until the motion to quash is resolved.

Tobin told the Tracker that they were pleased with how quickly the judge acted to protect Bidgood’s records.

“The Attorney General of the United States just announced that the news media will no longer be subpoenaed for leaks investigations,” Tobin said, referencing recent revelations about Department of Justice subpoenas to multiple journalists and news organizations under the Trump administration. “It’s a giant step forward for the protection of reporters’ source materials and the protection of their relationships with sources. And examples like [Bigood’s] in civil litigation point out the need for greater protection under federal law by shield laws and by enforcement of First Amendment rights.” 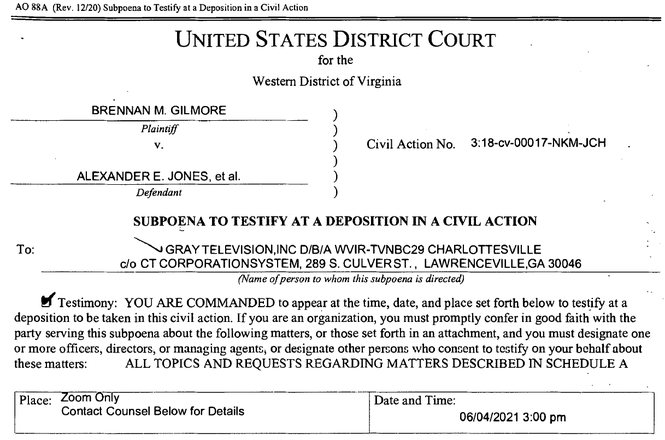 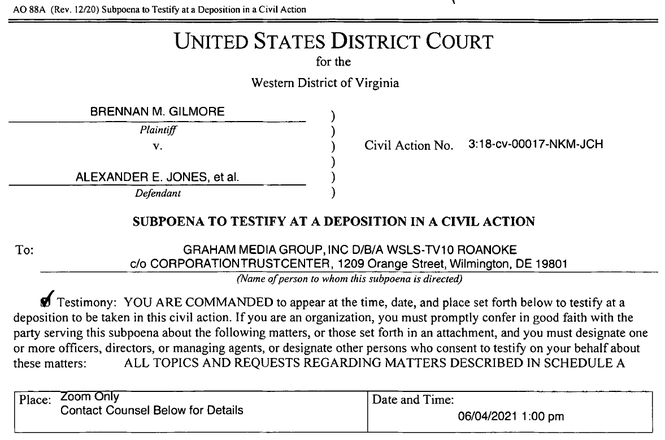 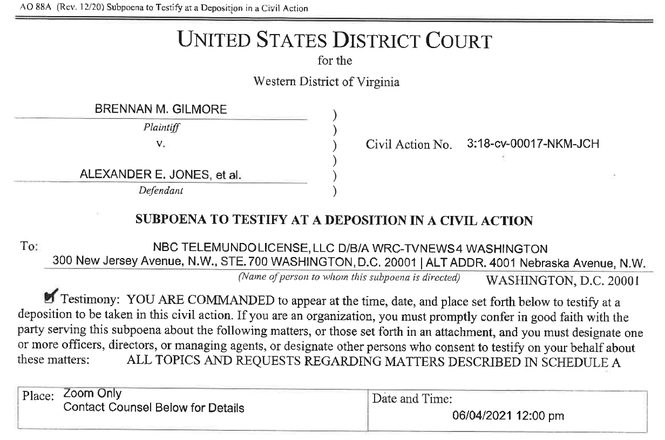