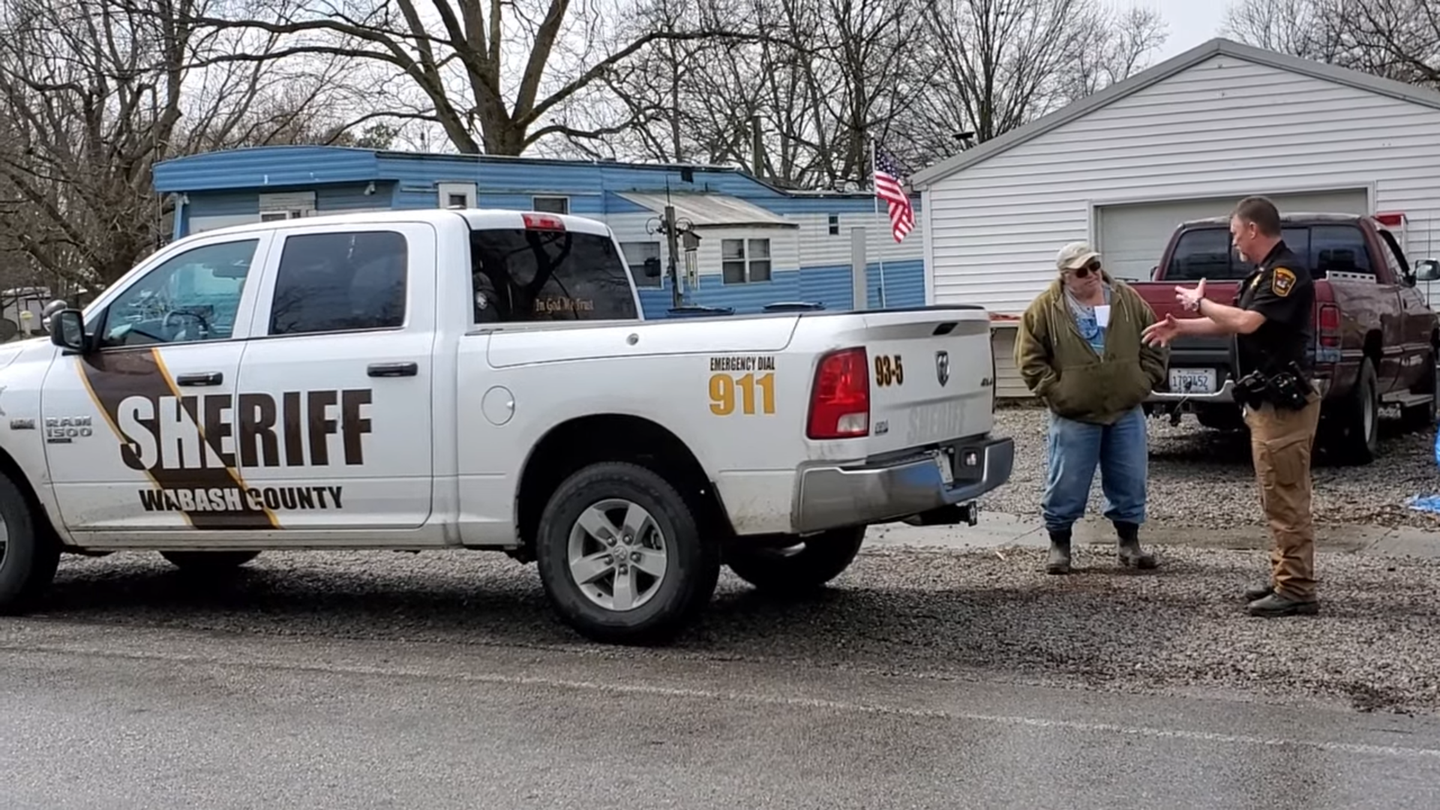 Reporter John Kraft captures video of a sheriff's deputy interacting with the mayor of Bellmont, Illinois, who had wanted the reporter removed. The sheriff's deputy confirmed that Kraft was within his rights.

The mayor of an Illinois village threatened a reporter with assault and called the local sheriff to intervene in newsgathering on March 26, 2020.

Journalist John Kraft, co-founder of state government watchdog blog Edgar County Watchdogs, was notified by residents in Bellmont, Illinois, that Mayor Gary Lance had been recorded allegedly using the village tractor to gravel a parking area in front of his personal residence, which would violate laws barring the use of town property for personal purposes.

Kraft told the U.S. Press Freedom Tracker that he attempted to call Lance multiple times for comment concerning the allegations, and that Lance returned his calls on the morning of March 26.

According to an account of the call published by Edgar County Watchdogs, they spoke about the use of the tractor, which Lance refused to admit belonged to the village. Lance hung up on Kraft then called back soon after to ask for Kraft’s name, telling the reporter that his actions were “none of [his] business.”

Before hanging up again, Lance told Kraft that if the reporter contacted him again he would pursue harassment charges.

“I considered that conversation an invitation to drive to Bellmont and see the new gravel driveway for myself,” Kraft wrote.

Kraft told the Tracker that as he was taking photos and video of the driveway from a public road, Lance drove up and stopped next to his truck. Lance told him to leave or he’d call the Wabash County sheriff.

“I’m not going to move along,” Kraft can be heard saying in a video of the interaction. “Go ahead, I’ll wait right here for [the sheriff]. 911 is their number.”

Lance says, “Maybe I ought to get out and just whip your ass,” to which Kraft responds, “Go ahead and try it.”

Lance then told the reporter that he is “worthless.” Kraft responds, “You’re the one that is.”

Wabash County Sheriff Derek Morgan told the Tracker that the sheriff’s deputy who went to the scene told Lance that Kraft was within his rights to photograph in a public place. Shortly after speaking with the deputy himself, Kraft left the scene.

On March 31, Lance filed requests for restraining orders against five village residents — including a village trustee — who he alleged were stalking him by taking video of him graveling his driveway and posting the footage online.

Sheriff Morgan confirmed to the Tracker that Lance did not request a restraining order against Kraft.

Pastor Hope Carpenter appeared to threaten Greenville News during a sermon at a South Carolina church on April 2, 2019.Toward the end of Carpenter's monologue at Relentless Church in Greenville, she expressed gratitude to the church leadership before targeting Greenville News."I cut people. I got a knife right in that pocketbook," Carpenter told the congregation, according to the Washington Post. "Greenville News, come on. We done went through this. I'm still here, and guess who else is still going to …

Mitchell McCoy, a reporter for KARK/Fox 16, was harassed and threatened by a high school coach in Little Rock, Arkansas, on March 6, 2018. McCoy had questioning the coach about his social media posts.After McCoy saw that McClellan High School coach Lance Fritchman had posted on social media in support of president Donald Trump and the deportation of undocumented immigrants, McCoy asked the school about its policies regarding employees’ social media use. Soon after, on Friday, March 2, the school …
More related incidents