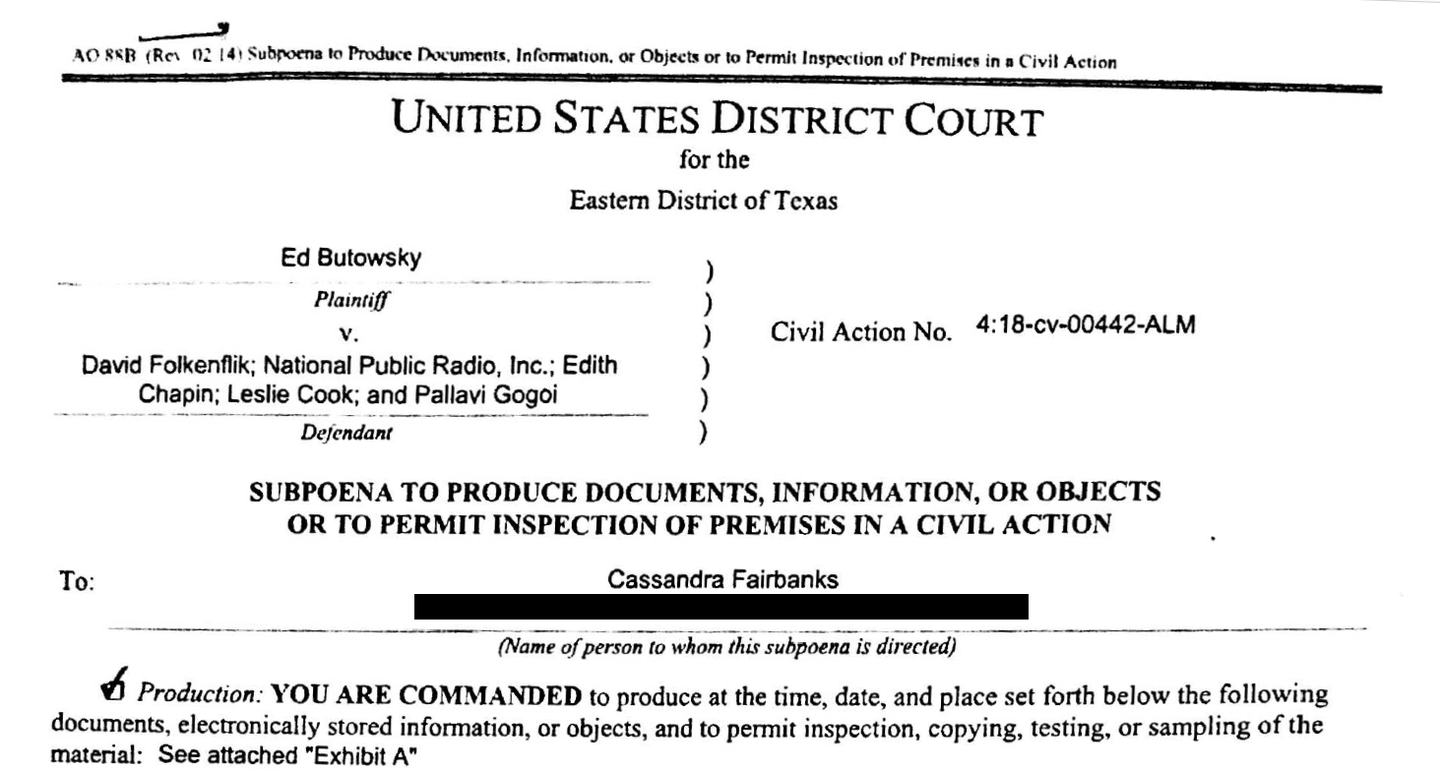 A portion of the subpoena requesting documents, communications from reporter Cassandra Fairbanks.

In June 2018, Butowsky filed a lawsuit against NPR, its reporter David Folkenflik and several editorial staff members. The $57 million defamation suit stems from the outlet’s reporting on a lawsuit filed against Butowsky by a former Fox News contributor and Butowsky’s involvement in propelling a conspiracy involving Democratic National Committee staffer Seth Rich, who was murdered in July 2016.

Isabel Lara, executive director of media relations for NPR, told the U.S. Press Freedom Tracker that Butowsky listed Fairbanks as a witness during the course of discovery.

“We therefore have to ask for information to see whether his claims about her involvement are true,” Lara said.

The subpoena requests all documents related to and communications with a number of individuals, including journalists Oliver Darcy, Seymour “Sy” Hersh, Adam Housley, Lara Logan, Kerry Picket, Ellen Ratner and Malia Zimmerman; America First Media and its founder Matt Couch; WikiLeaks and its founder Julian Assange; and “Fox News or any of its owners, representatives, employees, or agents.”

Fairbanks tweeted that she had never heard of, let alone communicated with, some of the individuals listed.

NPR, a news organization funded by taxpayers, subpoenaed me for my conversations with Julian Assange and a whole host of other people, including journalists. Some of whom I’ve never even heard of.

The subpoena also requests that Fairbanks turn over all documents or communications concerning the investigation in the murder of Rich, the 2016 leak of DNC emails or any of the lawsuits connected to the conspiracy surrounding the DNC staffer’s death. In one of these lawsuits, Seth Rich’s brother, Aaron Rich, subpoenaed Twitter for account information for Fairbanks and numerous others.

Fairbanks told the Tracker that she was shocked when she received the subpoena.

In an emailed response to the subpoena shared with the Tracker, Fairbanks’s attorney Ronald Coleman wrote that the subpoena requested work product protected under the District of Columbia’s reporter shield law.

“For this reason no documents or other things will be produced pursuant to the subpoena,” Coleman wrote. Fairbanks told the Tracker that to her knowledge NPR’s attorneys have not responded.

Lara, NPR’s media relations director, said the outlet’s lawyers are discussing with Coleman whether there is non-privileged information that could be disclosed.

“We do not intend to seek information that is in fact protected by a journalistic privilege or other privilege,” she said.

Fairbanks told the Tracker that the subpoena has shaken the confidence of her sources. “I’ve had people who’ve given me things for stories before reaching out and saying, ‘I think I would fall under this subpoena because we’ve talked about WikiLeaks. Please don’t give it to them,’” Fairbanks said.

“They’ve been panicking. So, obviously they’re not giving me anything now, nobody is,” she added.

In February 2020, NPR filed a motion to bring sanctions against Butowsky and his lawyers and to dismiss the case, alleging that they had knowingly been misleading or lied in court filings that contributed to the court’s initial decision against dismissing.

“Butowksy brought this lawsuit against NPR in response to truthful but unwanted press about a lawsuit that had been filed against him,“ the motion reads.

The case is currently scheduled to go to trial in mid-2021. 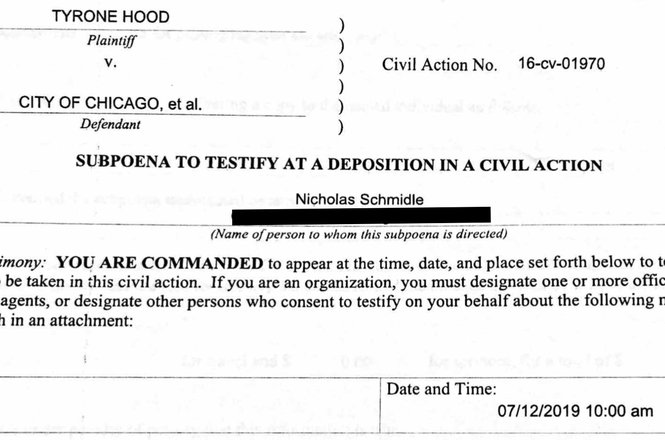 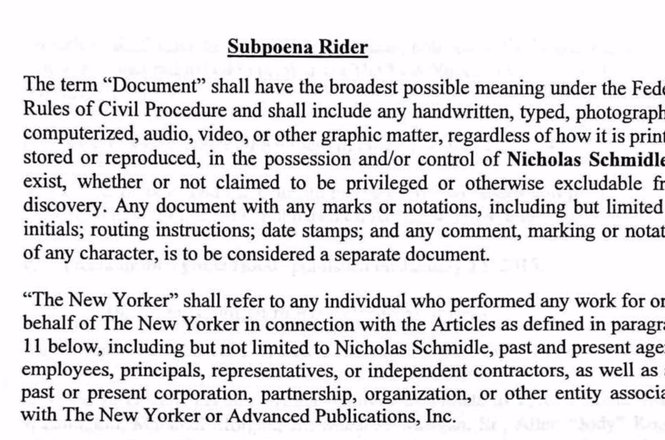 In February, attorneys representing the city of Chicago subpoenaed The New Yorker staff writer Nicholas Schmidle to produce documents in … 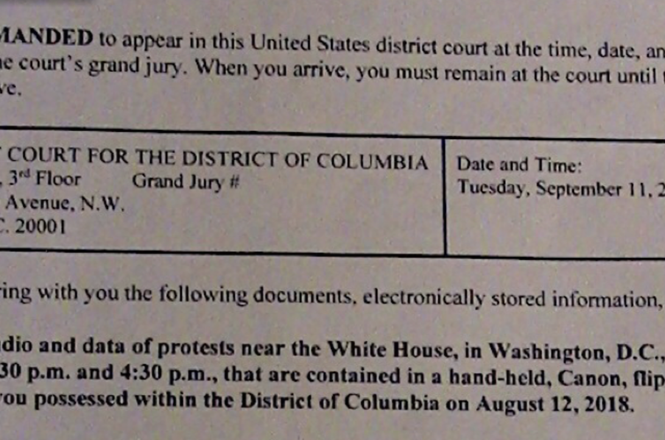 Luke Kuhn, an independent journalist and contributor to anarchist news outlet It’s Going Down, was served a grand jury subpoena … 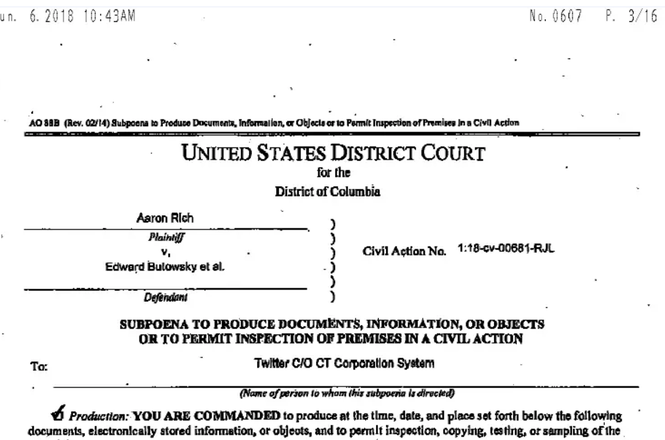