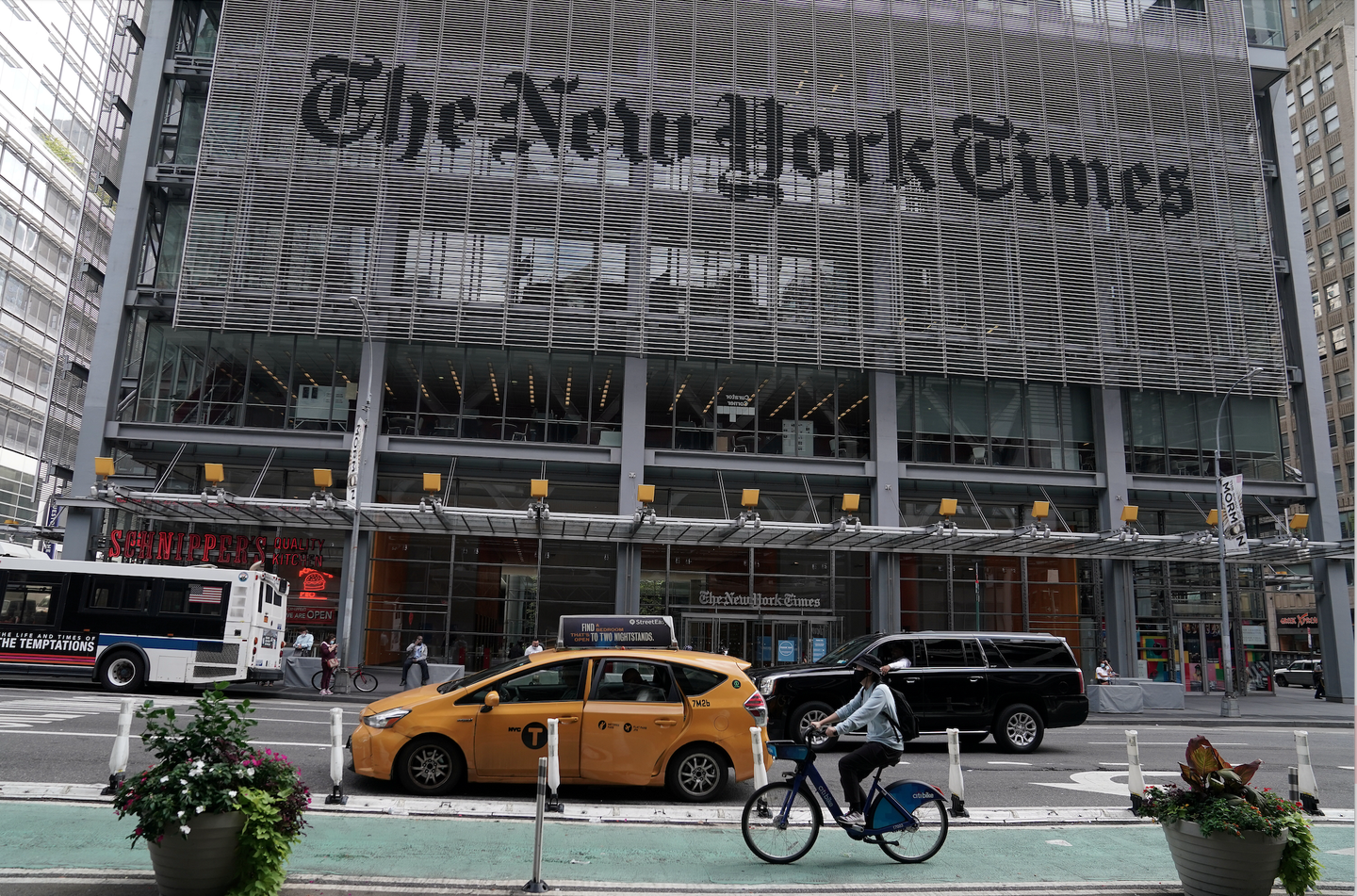 The Department of Justice under then-President Donald Trump obtained a court order on Jan. 5, 2021, demanding that the tech company Google secretly turn over the email logs of four New York Times reporters as part of an ongoing leak investigation. The effort, though ultimately dropped, was continued under President Joe Biden’s administration.

The Times reported that two days after it was revealed that the DOJ had obtained the phone records of four reporters — Matt Apuzzo, Adam Goldman, Eric Lichtblau and Michael S. Schmidt — a gag order was lifted that had prevented a Times attorney from disclosing an ongoing battle over the same reporters’ email records.

According to the lawyer, David McCraw, the Justice Department obtained a 2703(d) court order from a magistrate judge requiring Google, which operates the Times’ email system, to turn over the requested records without informing the newspaper of the disclosure. Google reportedly resisted, saying that to do so would violate the tech company’s contract with the Times.

Google didn’t respond to an emailed request for comment. A spokesperson for the tech company told the Times it doesn’t comment on specific cases, but is “firmly committed to protecting our customers’ data and we have a long history of pushing to notify our customers about any legal requests.”

On March 3, the judge permitted Google to inform McCraw of the effort but required him to sign a nondisclosure agreement barring him from telling Times Executive Editor Dean Baquet or other newsroom leaders: a move which McCraw told the Times was unprecedented. A federal court lifted the order on June 4.

Baquet condemned both presidential administrations in a statement to the newspaper.

“Clearly, Google did the right thing, but it should never have come to this,” Baquet said. “The Justice Department relentlessly pursued the identity of sources for coverage that was clearly in the public interest in the final 15 days of the Trump administration. And the Biden administration continued to pursue it. As I said before, it profoundly undermines press freedom.”

Justice Department spokesman Anthony Coley told the Times that, under the Biden administration, the department “voluntarily moved to withdraw the order before any records were produced.” The Biden administration issued a statement that no one at the White House was aware of the gag order until it was lifted.

The revelation about the Times reporters’ email records was the latest in a series of recent disclosures about the Trump administration’s efforts to use the seizure of journalists’ communications to identify leakers or critics of the administration.

CNN reported that DOJ regulations for issuing media subpoenas were changed under the Obama administration in 2015 to require that the attorney general authorize any such legal orders related to journalists’ communications or work products. While the regulations mandated that the journalist and outlet be notified of the seizures, the policy set no clear timetable for notification.

On May 21, 2021, Biden condemned such seizures as “simply, simply wrong,” the Associated Press reported. In keeping with Biden’s sentiments, the DOJ said on June 5 that it would no longer seize journalists’ records during leak investigations, according to the AP.

“This announcement is a potential sea change for press freedom rights in the United States,” Trevor Timm, executive director of the Freedom of the Press Foundation, said in a statement. “While we’re encouraged to see this announcement ending this invasive and disturbing tactic, the devil is—of course—in the details. The Justice Department must now write this categorical bar of journalist surveillance into its official ‘media guidelines,’ and Congress should also immediately enshrine the rules into law to ensure no administration can abuse its power again.”

FPF is a founding partner of the U.S. Press Freedom Tracker and manages its day-to-day operations.

When reached for comment concerning the newspaper’s push for an explanation from the Justice Department, Times spokesperson Danielle Rhoades Ha confirmed to the Tracker that publisher A.G. Sulzberger would be meeting with the attorney general and shared a statement from him ahead of that meeting.

“We’re pleased that Attorney General [Merrick] Garland has agreed to this meeting. We hope to use the meeting to learn more about how this seizure of records happened and to seek a commitment that the Department of Justice will no longer seize journalists’ records during leak investigations,” Sulzberger said.

Garland met with executives from the Times, The Washington Post and CNN on June 14, and affirmed the planned policy changes. While Garland’s comments during the meeting were off the record, the Times reported that Sulzberger was encouraged by Garland’s statements but said he would continue to push the department until the outlets’ concerns were fully addressed.

The Federal Bureau of Investigation subpoenaed Gannett Company, publisher of USA Today, on April 29, 2021, seeking information about people who had read a story the paper published about a shooting that left two FBI agents dead and three wounded. The FBI then withdrew the subpoena in early June.The subpoena sought Internet Protocol addresses and "other potentially identifying information ‘for computers or other electronic devices’” used by readers to access a Feb. 2 USA Today story headlined: “FBI identifies 2 …

Legal news site Above the Law's publisher, Breaking Media Inc., was subpoenaed on Feb. 1, 2021, amid a trade-secrets dispute between a legal recruiting firm and a former employee, but a New York federal court quashed the subpoena, saying it would be unduly burdensome to the media company.The suit was brought by legal recruiting firm MWK Recruiting Inc. against former Breaking Media employee Evan Jowers. MWK alleged Jowers "misappropriated trade secrets and breached the non-compete and non-solicitation provisions of his …
More related incidents