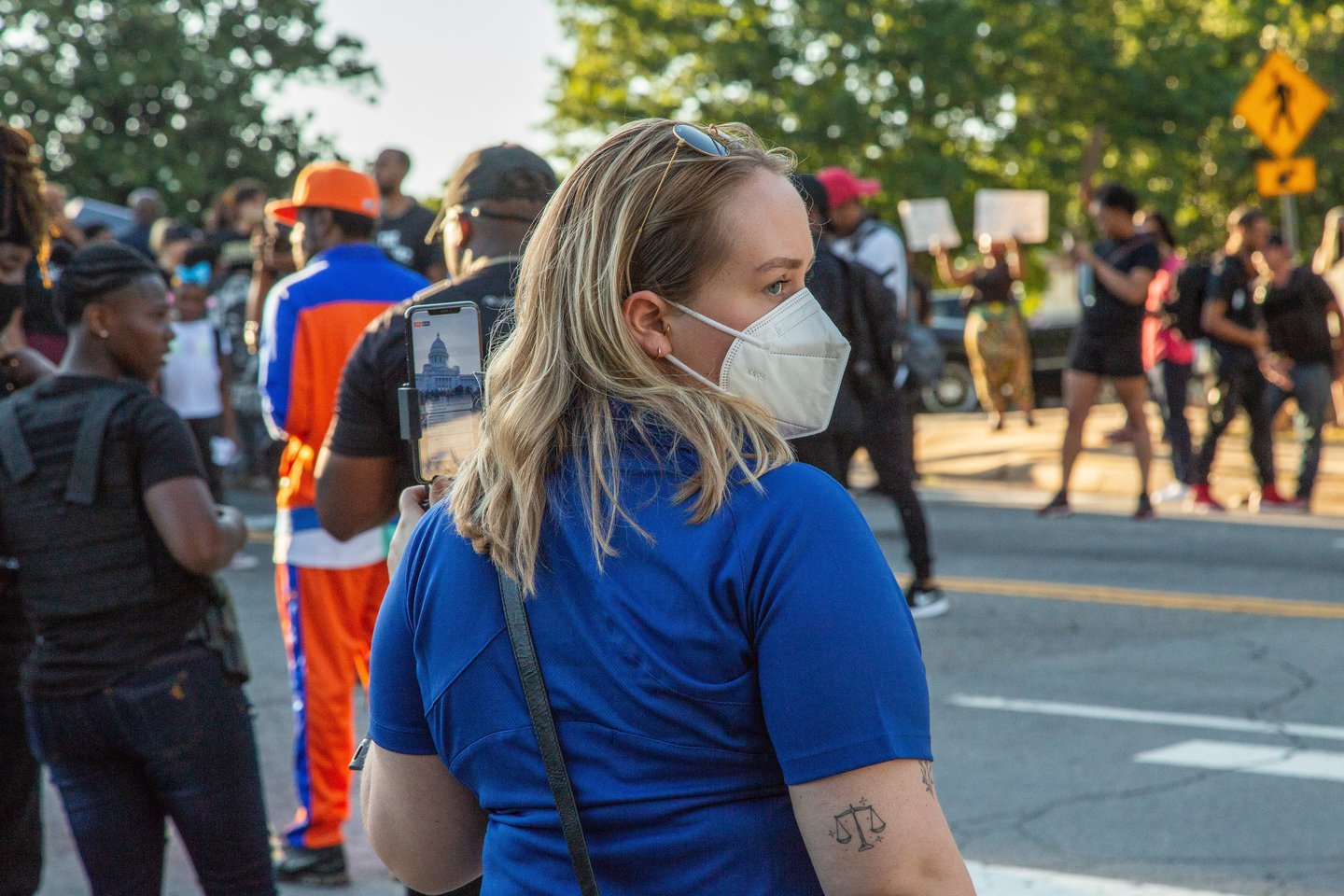 Paige Cushman, a journalist with KATV, the ABC affiliate in Little Rock, Arkansas, was detained by law enforcement while covering protests in the city on June 2, 2020.

At about 10 p.m., two hours past the curfew that Little Rock’s mayor had set earlier in the day, a couple hundred protesters had assembled near the Pulaski County Courthouse. According to Cushman, a small number of them started throwing water bottles at a police car and kicking the car.

Suddenly, she said, officers from multiple law enforcement agencies emerged, telling the protesters to disband and steering them away from the courthouse. Cushman said that officers were telling people to leave, but weren’t allowing them a pathway to do so.

Cushman and KATV colleague Kaitlin Barger were caught in a group being ushered toward the Arkansas River. According to Cushman, they informed multiple officers that they were journalists. Under the terms of the curfew, people, including members of the media, who were out in order to do their jobs were permitted to be on the streets.

Cushman livestreamed the march on Facebook. The video shows that at one point, after Cushman identified herself as a journalist and asked where she should go, a line of officers began to move forward, apparently herding the protesters in one direction.

“You’re out here illegally. Move,” one officer can be heard saying.

“No, we’re not. We’re authorized to be here because we’re working,” Cushman said.

Once the group of protesters was on a pedestrian bridge, police blocked both sides, Cushman explained in the livestream. Police can be seen in the video ordering everyone to get on the ground, and an officer can be heard telling them they were under arrest for violating curfew and “whatever else we can think of.” About 20 people were on the bridge, Barger told the Tracker.

After a few minutes, one officer asked if there were TV reporters present. Cushman and Barger identified themselves again and were released. Cushman said the police appeared to have received a phone call letting them know that reporters were on the bridge.

Another journalist, Arkansas Democrat-Gazette editor Josh Snyder, was also detained on the bridge but was not released at the same time as the KATV reporters, according to Cushman.

The video shows law enforcement officials in a variety of uniforms. Cushman said it was unclear what authority was responsible for detaining them. Arkansas State Police, the Little Rock Police Department and the National Guard were all present that evening, according to Cushman.

Cushman and Barger were carrying credentials that clearly identified them as KATV journalists. However, they were not wearing any of the station’s logoed gear, a decision Cushman made after protesters had been hostile toward journalists, including assaulting one KATV reporter, during previous days of demonstrations.

Cushman said she was grateful for Facebook Live, because the video she streamed of the night gave “such an unadulterated view” of what happened. While Cushman said she didn’t feel targeted by police during the arrest, she was surprised by how the law enforcement officers responded to the journalists with their badges.

“The lack of listening kind of surprised me,” she said.

Bill Sadler, a spokesperson for the Arkansas State Police, said in an email that the journalists were embedded in a group of protesters that police say were destroying public and private property. He said the reporters had not told police that they planned to be with the group. Sadler said police cordoned off the group and ordered them to the ground.

“Only then were voices heard in the group … claiming to be news reporters,” Sadler told the Tracker. “Once the scene was secure, and guns were removed from two individuals, police did assist the reporters in being separated from the group as they requested.”

When Arkansas Governor Asa Hutchinson was asked during a press conference on June 3 about the detention of the journalists during the protests in the capital city, he said that police need to protect journalists and that journalists have an “important” job to do.

“They should not be arrested, but they have to be identified, and when they’re identified as a journalist, obviously, they should go about their business,” he said.

A spokesperson for the Little Rock Police Department said that the department did not detain any journalists. 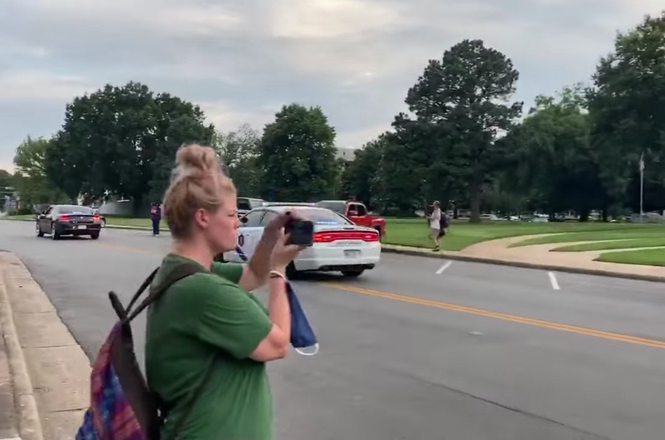