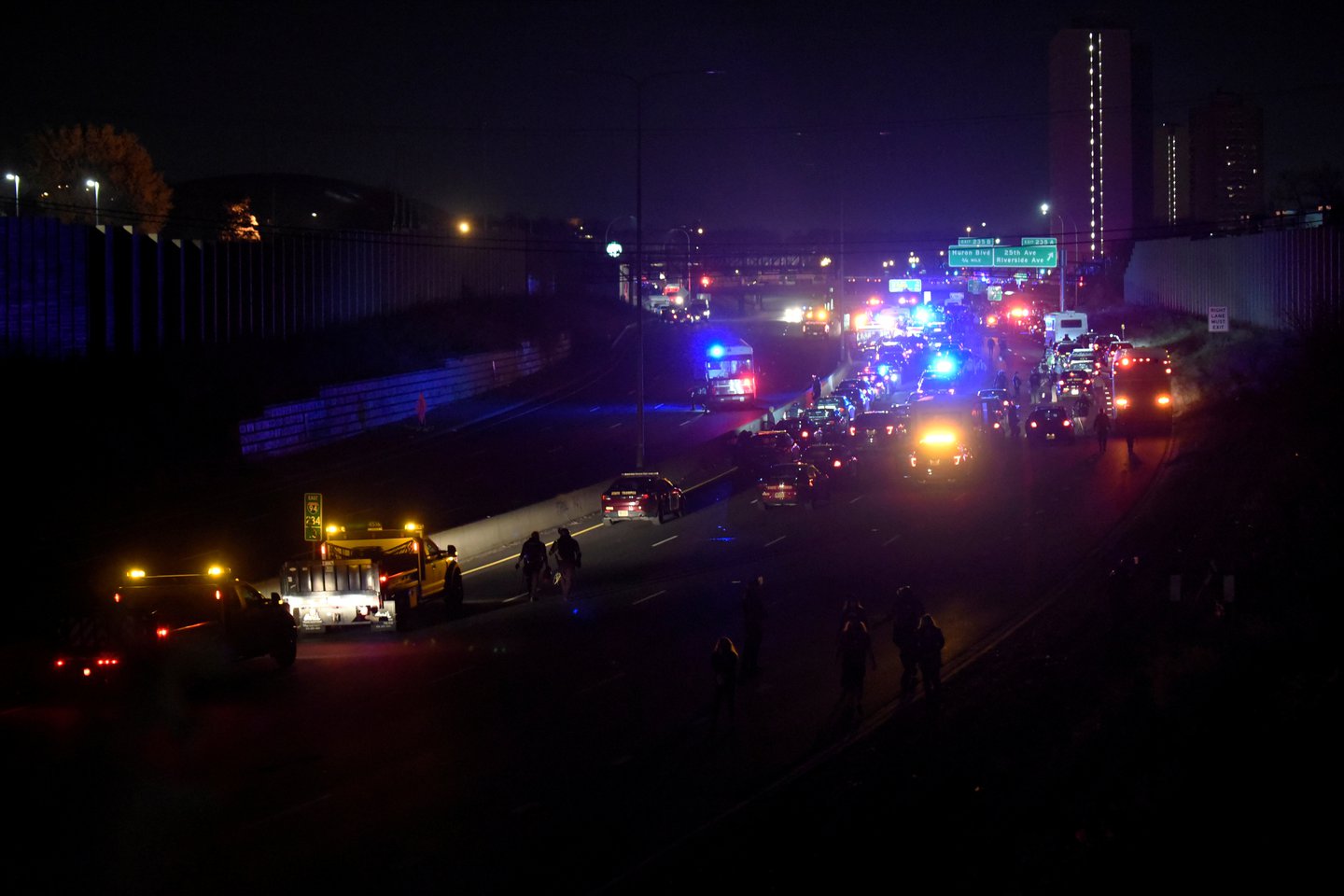 On Nov. 4, 2020, journalists and protesters were cordoned off and detained by police on Minneapolis’ Interstate 94 highway.

Police in Minneapolis cordoned off and detained a crowd of protesters, along with several journalists, including Minneapolis Star Tribune photographers Leila Navidi and Richard Tsong-Taatarii, on the evening of Nov. 4, 2020, Tsong-Taatarii told the Committee to Protect Journalists in a phone interview.

Tsong-Taatarii said that he began photographing protesters on the western edge of the University of Minnesota campus and followed as they marched south on Cedar Avenue to the eastbound side of the Interstate 94 highway. Once on the highway, Tsong-Taatarii said that Minneapolis City Police and Minnesota Street Patrol closed off exits and surrounded the crowd using a technique called “kettling.”

According to the Star Tribune, the protesters represented a wide range of interests, including support of the Black Lives Matter movement and opposition to President Trump’s allegations of voter fraud in the Nov. 3 election.

After they were trapped, Tsong-Taatarii said that he and Navidi were in touch with their editors who alerted state officials that journalists were in the crowd of protesters.

“They made sure that, if at all possible, we would not be detained, processed, and then released,” Tsong-Taatarii told CPJ. Tsong-Taatarii said that he and Navidi heard from someone in the kettle that a television crew had been allowed to leave the highway and decided to ask law enforcement if they could exit.

In a separate interview with CPJ, Navidi said she approached a state patrol officer and asked him if they could leave. The officer said he would talk to his supervisor, and, according to Navidi, the supervisor then told her that they were going to make a loudspeaker announcement that all press who wanted to leave would be allowed to exit the highway. The Tracker has documented Navidi’s detainment here.

Tsong-Taatarii said that, after the announcement, he and Navidi were allowed by law enforcement to exit the highway via the Cedar Avenue exit at approximately 11:30 p.m.

The Minneapolis Police Department and Minnesota State Troopers did not respond to an emailed request for comment from CPJ.