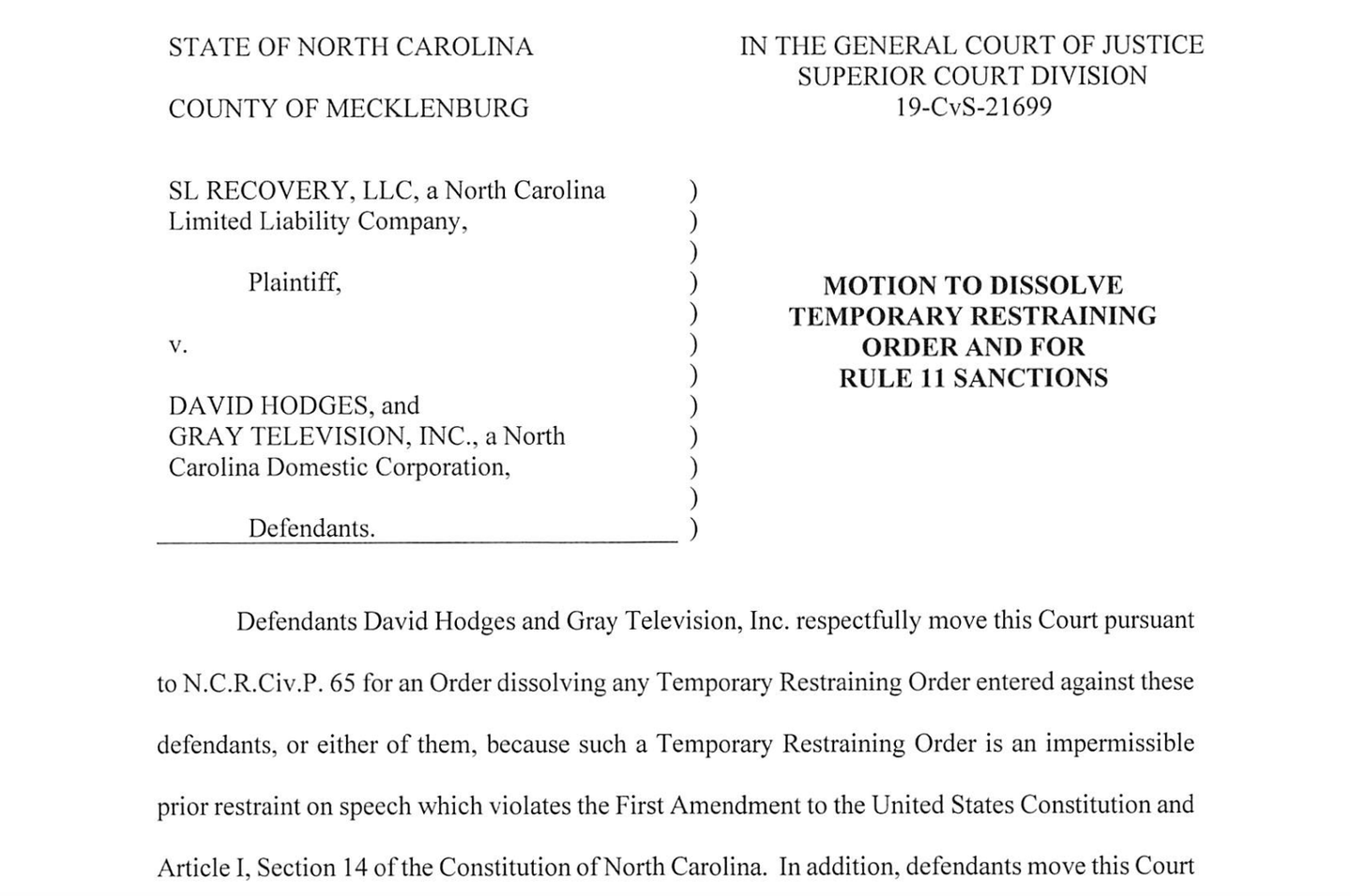 A North Carolina judge granted a temporary restraining order on Nov. 13, 2019, barring David Hodges, a reporter at WBTV, from airing his investigation into a Charlotte-based towing company.

The order was lifted at a hearing the following day, and Hodges' story — about an Army National Guard soldier whose car was towed and sold while she was deployed — aired as planned that evening.

In the motion for the temporary restraining order filed with the court, the lawyer for the towing company, SL Recovery LLC, argued that Hodges' story was false. "Hodges has not produced any evidence to substantiate his claims that Plaintiff has engaged in predatory towing practices, and thus far, Defendant Gray Television, Inc., has refused to pull the story which will air on November 14 if temporary and/or permanent injunctive relief is not granted to Plaintiff," attorney Cedric Rainey wrote in his motion.

Previews of the story had already ran on WBTV, and as a result of those previews, Rainey’s motion alleges, SL Recovery had received a death threat. “The person making the threats specifically stated he would cause harm to Plaintiff if the targeting of veterans continued,” Rainey wrote.

Mecklenburg County Judge Lisa Bell granted the temporary restraining order on the evening of Nov. 13, a day before the story was slated to run.

The next day, Jonathan Buchan, the lawyer representing WBTV and Hodges, filed a motion to dissolve the temporary restraining order, arguing that it amounted to "an impermissible prior restraint on speech which violates the First Amendment to the United States Constitution and Article I, Section 14 of the Constitution of North Carolina."

Buchan continued, "If this form of prior restraint were permissible under the First Amendment, then every subject of a planned news story could prohibit its publication for indefinite periods and litigate the truth or falsity of the unpublished article prior to its publication. It would essentially require, in Alice and Wonderland fashion, a 'libel trial' prior to the publication of an article. Such a process would eviscerate the First Amendment's prohibition of prior restraints on publication."

Buchan made these arguments at a hearing before judge Bell on the afternoon of Nov. 14. “You don’t keep the news media in this country from publishing truthful—or what they believe to be truthful—information in this country,” Buchan told the court, according to WBTV.

Rainey, the attorney for SL Recovery, told the judge that this was not a case of prior restraint. “There hasn’t been a prior restraint at any level,” he said in court. If the restraining order were lifted, Rainey continued, “The court would be tacitly permitting them to make ongoing libelous statements."

Buchan countered at the hearing that the law affords injured parties the opportunity to file a lawsuit for defamation, should that occur, but restraining speech by blocking publication would set a dangerous precedent. “That’s not how the First Amendment was designed to work or has ever worked,” Buchan said. “When he says this is not a prior restraint, this is the definition of a prior restraint.”

“At the time she signed the restraining order, Bell said, she thought the potential significant harm to SL Recovery outweighed the potential harm to WBTV by having to hold its story,” WBTV reported.

“At that point alone, I stand corrected,” Bell said.

In a statement emailed to the U.S. Press Freedom Tracker, Hodges said the experience was a shocking one. “It paralyzed me, but only for a minute before the news team at WBTV went to work defending the first amendment to make sure our story would air on-time,” he wrote. “Time and money are in short supply for any newsroom and are better spent reporting for our community than fighting legal battles already decided by the Supreme Court.” 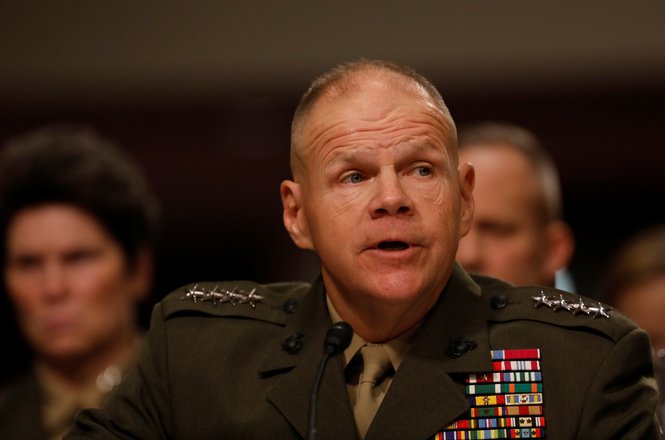 James LaPorta, a U.S. Marine Corps veteran and reporter for Newsweek, was denied an interview with the Marine Corps’ top …
More related incidents