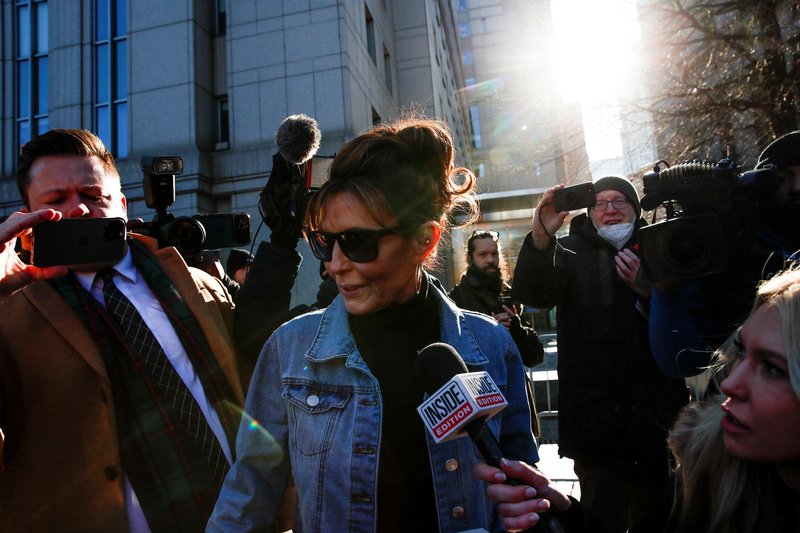 On Feb. 15, 2022, the jury in Sarah Palin’s libel lawsuit against The New York Times unanimously found that the newspaper did not defame the former Alaska governor.

Palin sued in 2017 following the publication of an editorial that connected her rhetoric with the 2011 mass shooting of Rep. Gabrielle Giffords and at least 17 others. The Times quickly published a correction and issued an apology on Twitter.

After an appeal following an initial dismissal of the suit, the jury trial began in early 2022. Federal Judge Jed Rakoff announced on Feb. 14 that if the jury ruled in favor of Palin, he would set aside their verdict and dismiss the case, the Times reported. Rakoff did not alert jurors of his ruling, allowing them to come to their own verdict in order to simplify the appeals process.

After almost two days of deliberations, the jury found that Palin had failed to prove that the newspaper had acted with “actual malice.” The actual malice standard — established by a 1964 case also involving the Times — protects journalists from liability over mistakes, holding that they are only guilty of defamation if they knowingly publish false information or without regard for its veracity.

“Mistakes get made in journalism, and we take them all very seriously,” Times attorney David Axelrod said during the case. “But in this area, because of the value of the First Amendment, you cannot hold the Times liable for a mistake.”

Palin is expected to appeal the ruling, the Times reported.

The 2nd U.S. Circuit Court of Appeals restored a defamation lawsuit against The New York Times on Aug. 6, 2019, arguing that the case had been tossed out too quickly.

The three judge panel ruled that Judge Rakoff of the U.S. District Court for the Southern District of New York had dismissed the case without giving Palin a chance to obtain email records and other evidence that might aid her lawyers, The Times reported.

In an opinion written by Circuit Judge John Walker Jr., the Appeals Court said that the ruling was solely concerned with the process lower-court judges follow when evaluating lawsuits. “Nothing in this opinion should therefore be construed to cast doubt on the First Amendment’s crucial constitutional protections,” Walker wrote.

A New York Southern District judge ruled on Aug. 10, 2017, that the author of a New York Times article would have to testify under oath in connection to a lawsuit filed against the newspaper.

Former vice presidential candidate Sarah Palin filed a defamation suit against The New York Times alleging that the newspaper knowingly published false and misleading information about her in an editorial article published in June 2017. The editorial connected Palin’s rhetoric with the 2011 mass shooting of Rep. Gabrielle Giffords and at least 17 others. The Times quickly issued a correction and issued an apology on Twitter.

Twelve days after the editorial was published, Palin sued The Times in federal court. Palin said in the lawsuit that The Times’s response “did not approach the degree of the retraction and apology necessary and warranted by The Times’s false assertion that Mrs. Palin incited murder,” The Times reported.

The Times filed a motion in July 2017 seeking to dismiss the case. Southern New York District Court Judge Jed Rakoff issued an order on Aug. 10 for the author of the editorial to testify, stating that it was necessary in order for him to determine whether to grant The Times’s motion, the newspaper reported.

David McCraw, deputy general counsel for The Times, said the witness would be James Bennet, the newspaper’s editorial page editor who had introduced the statements cited in the lawsuit during the editorial process.

At a hearing on Aug. 16, Bennet testified that his intention was not to blame Palin for the 2011 shooting. “I did not intend and was not thinking of it as a causal link to the crime,” Bennet said under oath.

Rakoff dismissed the case on Aug. 29, saying that Palin’s complaint failed to show that the mistakes in the editorial were made maliciously. The “actual malice” standard requires public officials show that news organizations knowingly published false information or acted with “reckless disregard for the statement’s truth or falsity,” according to the Digital Media Law Project.

Rakoff said in his judgment, “What we have here is an editorial, written and rewritten rapidly in order to voice an opinion on an immediate event of importance, in which are included a few factual inaccuracies somewhat pertaining to Mrs. Palin that are very rapidly corrected.”

“Negligence this may be; but defamation of a public figure it plainly is not,” Rakoff wrote.