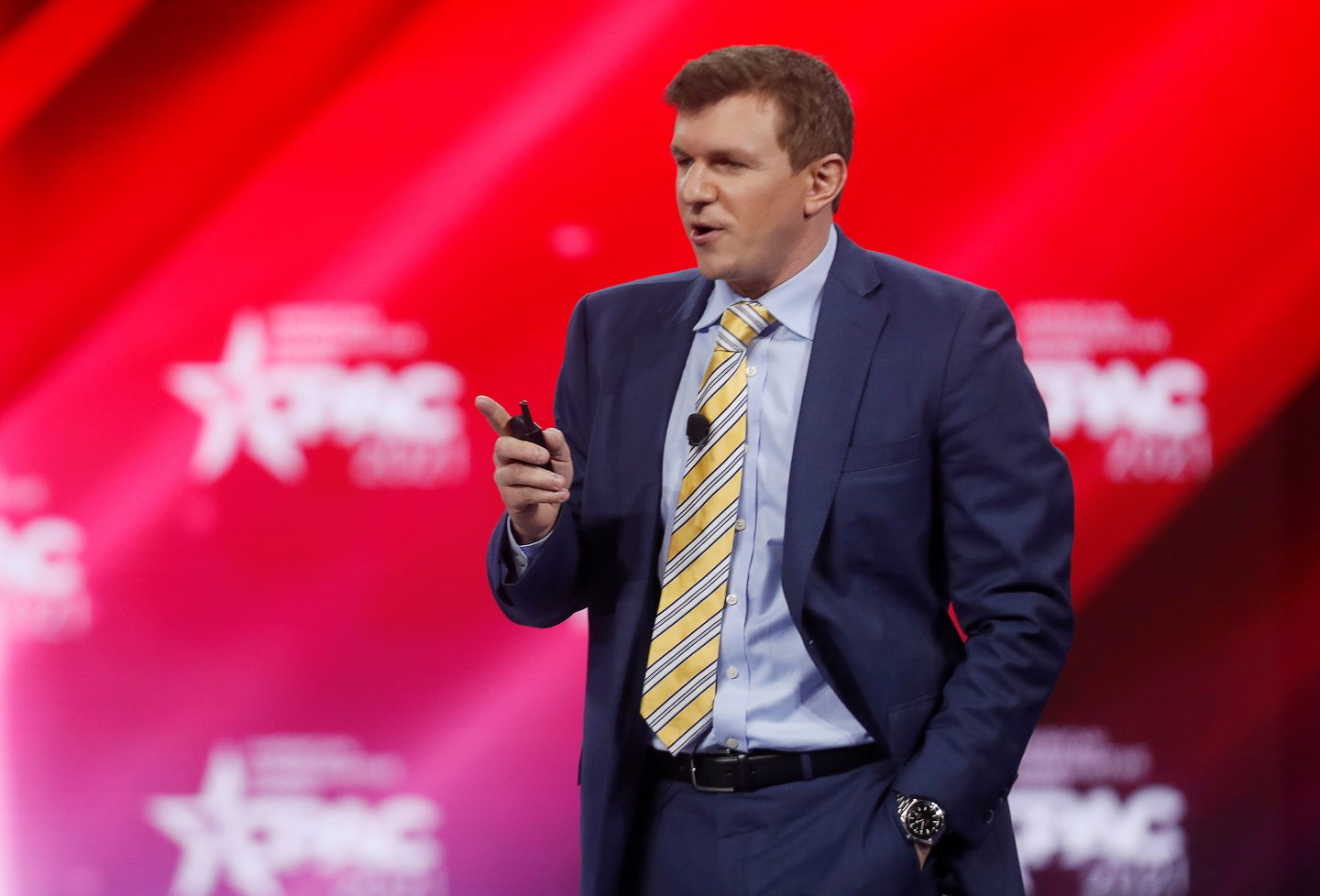 Project Veritas founder James O'Keefe, speaking here at the Conservative Political Action Conference in early 2021, was detained by FBI agents at his home and his phones seized on Nov. 6.

According to a statement published on Project Veritas’ website, the search came two days after raids had taken place at the homes of multiple individuals affiliated with the group, which describes itself as a non-profit investigative organization. The group is known for its hidden-camera sting operations that typically target liberal politicians and nonprofits, as well as news organizations including CNN and NPR.

O’Keefe, who did not respond to an emailed request for comment, said in an interview with Fox News’ Sean Hannity that the agents arrived at his home before dawn, placed him in handcuffs, seized two of his iPhones and searched his apartment for more than two hours.

In the Fox News interview, Paul Calli, one of the attorneys representing O’Keefe, said the search warrant cited misprision of — or knowingly helping to conceal — a felony, accessory after the fact and transporting materials across state lines as the basis of the warrant.

Calli denied allegations that his client or Project Veritas was involved in the theft of Biden’s diary. O’Keefe confirmed that Project Veritas was approached by individuals claiming to possess the diary in 2020, but said in his statement that they had declined to publish its contents and had turned the diary over to law enforcement.

“It appears the Southern District of New York now has journalists in their sights for the supposed ‘crime’ of doing their jobs lawfully and honestly,” O’Keefe said, in reference to the judicial district in Manhattan. “Our efforts were the stuff of responsible, ethical journalism and we are in no doubt that Project Veritas acted properly at each and every step.”

Trevor Timm, the executive director of Freedom of the Press Foundation, where the U.S. Press Freedom Tracker is housed, wrote on Twitter that the raid of O’Keefe’s home was concerning.

“This is worrying from a press freedom perspective—unless & until DOJ releases evidence [Project] Veritas was directly involved in the theft,” Timm wrote. “Because if there is none, then the raids could very well be a violation of the Privacy Protection Act.”

The Privacy Protection Act of 1980 states that a state and federal law enforcement cannot search for or seize journalistic work product or documentary materials under claims of probable cause if the alleged offense consists of the receipt, possession, communication or withholding of the materials or the information they contain.

“If you take it as true that they were given this diary by someone unknown to them and they chose not to publish it, this is kind of a classic journalistic situation,” said Jane Kirtley, a University of Minnesota law professor and former executive director of the Reporters Committee for Freedom of the Press. “And what law enforcement should have done is issue a subpoena.”

Kirtley told the Tracker she agreed that regardless of the debates surrounding Project Veritas’ methods, the raid of O’Keefe’s home and the seizure of his phone could set a dangerous precedent.

“When we get in the business of government trying to decide when someone is a journalist and when someone isn’t, there’s always a danger that some definitions will be narrow and they will weed out a lot of people who deserve to have journalistic protections,” Kirtley said. “As troublesome as I find Project Veritas’ activities — and again, I do not defend any illegal conduct on their part at all — that is a separate question from whether or not they should be protected by these laws. And if they aren’t then I think all journalists are at risk.”

Another O’Keefe attorney, Harmeet Dhillon, told the Tracker that agents had executed the warrant despite O’Keefe’s attorneys having “indicated a willingness to cooperate and provide any information necessary.”

Dhillon tweeted on Nov. 11 that District Court Judge Analisa Torres had ordered that the Department of Justice halt its review of O’Keefe’s phones pending a ruling on their request for a special master — typically a retired judge without ties to the case — to be appointed to oversee the search of the devices.

"We are gratified that the Department of Justice has been ordered to stop extracting and reviewing confidential and privileged information obtained in their raids of our reporters, including legal, donor, and confidential source communications," Dhillon told Fox News.

In a statement released on Nov. 14, Brian Hauss of the American Civil Liberties Union expressed concern for the precedent that could be set by the case and urged the court to appoint a special master.

“Project Veritas has engaged in disgraceful deceptions, and reasonable observers might not consider their activities to be journalism at all,” wrote Hauss, who is a senior staff attorney with the ACLU’s Speech, Privacy, and Technology Project. “Nevertheless, the precedent set in this case could have serious consequences for press freedom. Unless the government had good reason to believe that Project Veritas employees were directly involved in the criminal theft of the diary, it should not have subjected them to invasive searches and seizures.”

As of publication date, the court had not yet ruled on a special master.

The U.S. District Court for the Southern District of New York told the Tracker it does not provide comment on pending cases.

For the purposes of the Tracker, O’Keefe identifies as a journalist, has a track record of publication and said the phones seized by the FBI contained his reporter’s notes. For more about how the Tracker counts incidents, see our frequently asked questions page. 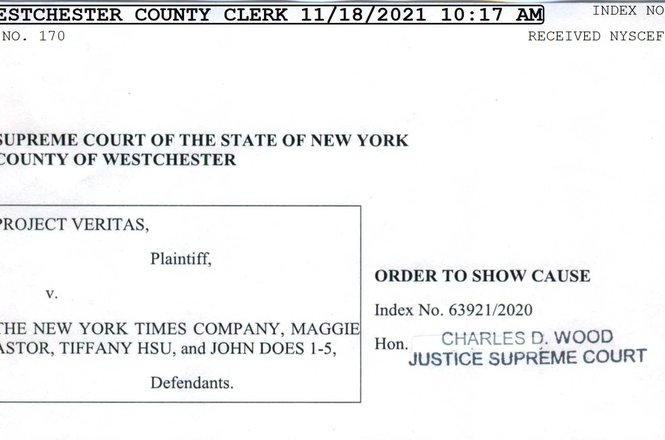 NY court issues prior restraint against The New York Times