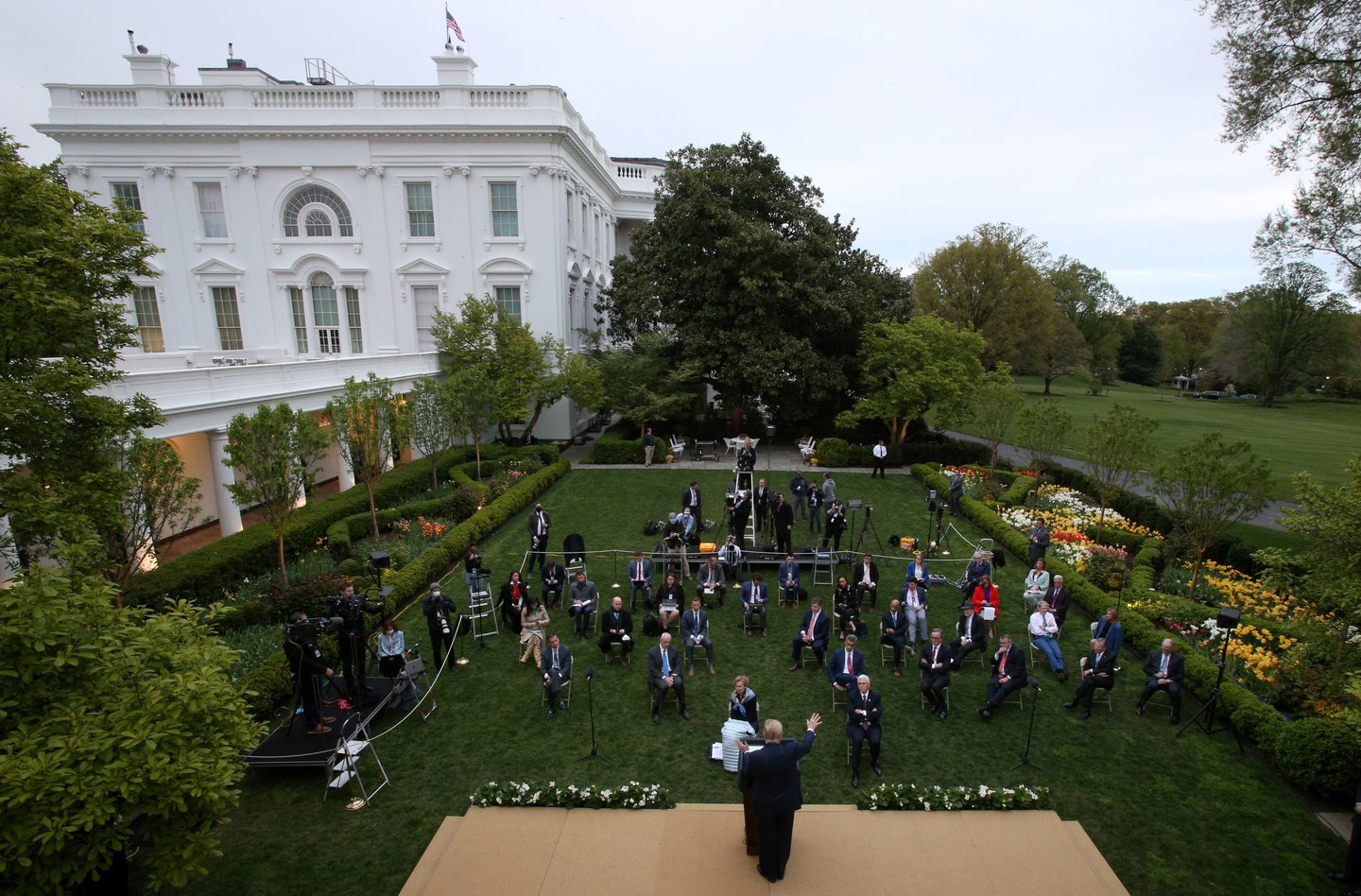 President Trump used part of the Coronavirus Task Force briefing at the White House on April 15, 2020, to attack Voice of America days after a White House newsletter was critical of the government-funded outlet.

The “1600 Daily” newsletter, which a White House official told ProPublica has approximately 2.5 million subscribers, was sent under the headline “Amid a Pandemic, Voice of America Spends Your Money to Promote Foreign Propaganda.” It went on to assert that “VOA too often speaks for America’s adversaries—not its citizens.”

The newsletter specifically cited VOA’s coverage of the coronavirus pandemic in China, criticizing the outlet for tweeting a video of the quarantine being lifted in Wuhan and alleged that the outlets used Chinese government statistics in its graphics.

In a response to the allegations, VOA Director Amanda Bennett detailed more than two dozen articles published by VOA in recent weeks on China’s response to the pandemic and on the Chinese government’s misinformation and lack of transparency. Bennett also noted that the data cited in the graphic mentioned by the newsletter was drawn from Johns Hopkins Coronavirus Resource Center, which has been used around the world.

"Unlike China, VOA has stuck to verifiable facts, including publishing numerous articles in Mandarin, English and other languages that outed China's initial secrecy keeping information of the initial outbreak from the world," Bennett wrote. "VOA has thoroughly debunked much of the information coming from the Chinese government and government-controlled media."

It is unclear what triggered the White House’s targeting of the outlet. However, on April 9 — the day before the newsletter went out — Dan Scavino, an adviser to President Donald Trump who handles his social media strategy, retweeted VOA’s post on the end of the quarantine in Wuhan. In his post, Scavino accused VOA of parroting Chinese propaganda and called the outlet a “disgrace.”

Committee to Protect Journalists Executive Director Joel Simon condemned the newsletter in a statement and said the attack was appalling.

“It is outrageous that the White House is attacking Voice of America, which has a tradition of reporting stories that challenge the narratives of authoritarian regimes around the world,” Simon said. “At this moment, citizens in some highly censored countries are depending for their health and safety on VOA news of the coronavirus, and President Trump should absolutely not undermine the news outlet’s efforts to do its job.”

While VOA has not been directly targeted by the president on Twitter, Trump went on a rant against the outlet during a press briefing in the Rose Garden on April 15, several days after the newsletter was published, Business Insider reported.

"If you hear what's coming out of the Voice of America, it's disgusting," Trump said. "The things they say are disgusting to our country."

At the same briefing, the president also railed against Congress for failing to confirm various nominees including Michael Pack, whom the president nominated to head the U.S. Agency for Global Media, which oversees VOA. Trump also threatened to take the unprecedented step of forcing Congress to adjourn so he could install his nominees.

Fewer than three weeks after a White House newsletter accused the news outlet Voice of America of uncritically spreading Chinese state propaganda, an internal memo at the U.S. Centers for Disease Control barred staff from responding to media requests from the outlet.

The memo — sent on April 30, 2020, but obtained by the Knight First Amendment Institute via a Freedom of Information Act request in June — directed CDC staff not to respond to interview requests from “anyone affiliated with Voice of America,” specifically citing the 1600 Daily newsletter as a reason for the decision.

VOA Director Amanda Bennett said in a statement that they were “shocked” by the memo.

“For a federal agency’s public affairs office to categorically deny in advance interview requests from VOA journalists… is even more troubling,” Bennett said. “Efforts such as those outlined in the CDC memo can result in the kind of chilling effect on our journalism that we regularly see in the markets we broadcast to that have no free press — including in China and Russia.”

She also called on the agency to immediately withdraw the directive.

On June 15, the day after the memo was made public, Bennett and VOA Deputy Director Sandy Sugawara announced their resignations from the outlet, citing the appointment of Michael Pack to head the U.S. Agency for Global Media, which oversees VOA.

In an introductory email to the staff on June 16, Pack said, “I am fully committed to honoring VOA's charter, the missions of the grantees, and the independence of our heroic journalists around the world.”

However, upon learning that Pack would be dismissing other agency staff members and implementing spending freezes, Rep. Eliot Engel, the chairman of the House Foreign Affairs Committee, released a statement that same day about those actions compromising the integrity of USAGM’s outlets.

“My fear is that USAGM’s role as an unbiased news organization is in jeopardy under his leadership,” Engel wrote in the statement.

“USAGM’s mission is ‘to inform, engage, and connect people around the world in support of freedom and democracy’ — not to be a mouthpiece for the President in the run up to an election,” Engel added.

The following day, the heads of four other news organizations overseen by the USAGM — Middle East Broadcasting, Radio Free Asia, Radio Free Europe/Radio Liberty and the Open Technology Fund — were abruptly ousted from their positions, the Associated Press reported. 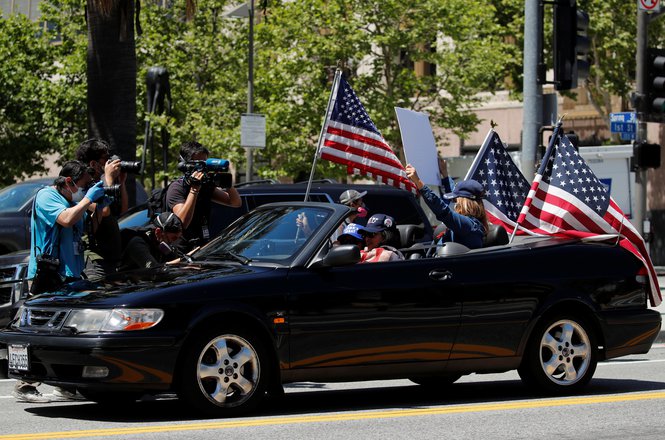 For journalists serving their communities during the pandemic, field reporting raises new health concerns as individuals protest stay-at-home orders and …