Between the bookends: 1 year of press freedom violations 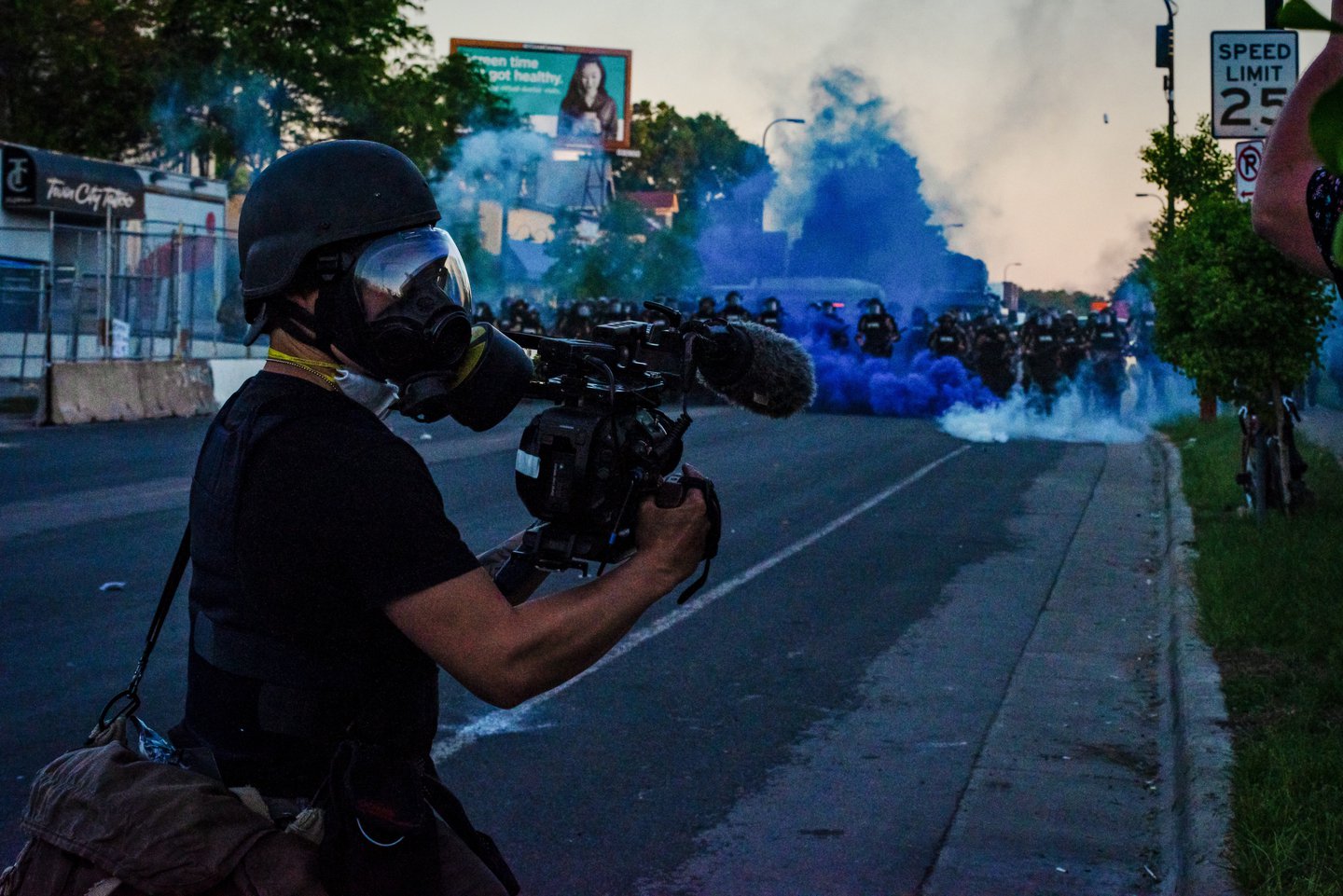 Freelance journalist Mike Shum glances back as a police line advances in Minneapolis’ Fifth Precinct on May 30, 2020, shortly before police pushed him over a wall. Find his assault here, and all press freedom violations from a one-year span of Black Lives Matter-related protests as documented by the Tracker here.
Courtesy Katie G. Nelson

From the moment demonstrations began in reaction to the death of George Floyd until the day former Minneapolis police officer Derek Chauvin was found guilty for Floyd’s death, journalists across the nation were assaulted, arrested, had their equipment damaged and were otherwise impeded from performing their jobs in ways never before documented by the U.S. Press Freedom Tracker.

Our reporting on press freedom violations from the protests sparked last summer began on May 26, 2020 — one day after Floyd died and protesters took to the streets in support of Black lives and against police brutality. Journalists, there to document, were soon caught up in or seemingly targeted by the official police response and sometimes by individuals at these protests. Hit with rubber bullets. Arrested on live television. Choked with tear gas.

The bookend, essentially, came on April 20, 2021, as Chauvin was found guilty of second and third degree murder and second degree manslaughter by a jury of his peers in Minneapolis. No press freedom violations were reported from that evening's more celebratory demonstrations or in the weeks that immediately followed. Two more arrests of journalists at Black Lives Matter protests occurred in Elizabeth City, North Carolina, on May 19, 2021. The arrests occurred after hours of protests over the recent announcement that Andrew Brown Jr.'s killing by sheriff's deputies there was justified and that deputies involved would not be charged.

In 365 days, press freedom violations were reported across 36 states and more than 80 cities. In that time, an average of 1.6 assaults of journalists occurred per day. The majority of the assaults documented — more than 85% — were by law enforcement.

What happened in between

The resulting documentation is of two incredible threads.

One, gross data, as categorized by the Tracker, that highlights dramatic cumulative figures from 11 months of journalists reporting from national protests. 580 assaults of journalists. 153 arrests or detainments. 112 reports of equipment damaged in the field. 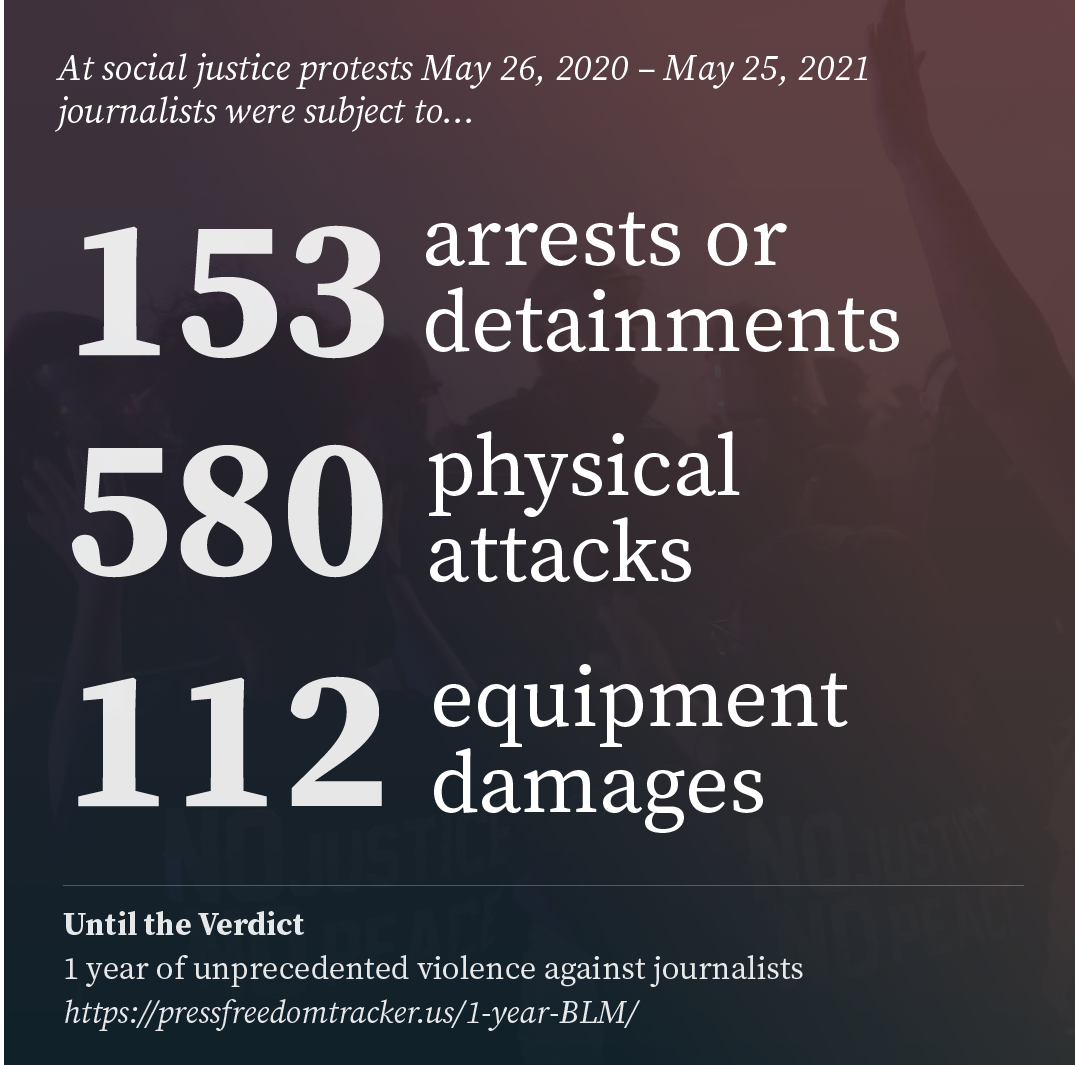 Two, the publication of hundreds of individual write-ups that capture — in raw, documentary-like terms — night by night, tweet-by-tweet the first-hand accounts, news reports and other source material gathered of each journalist’s story that will serve as a permanent repository of facts as the days are folded into history. 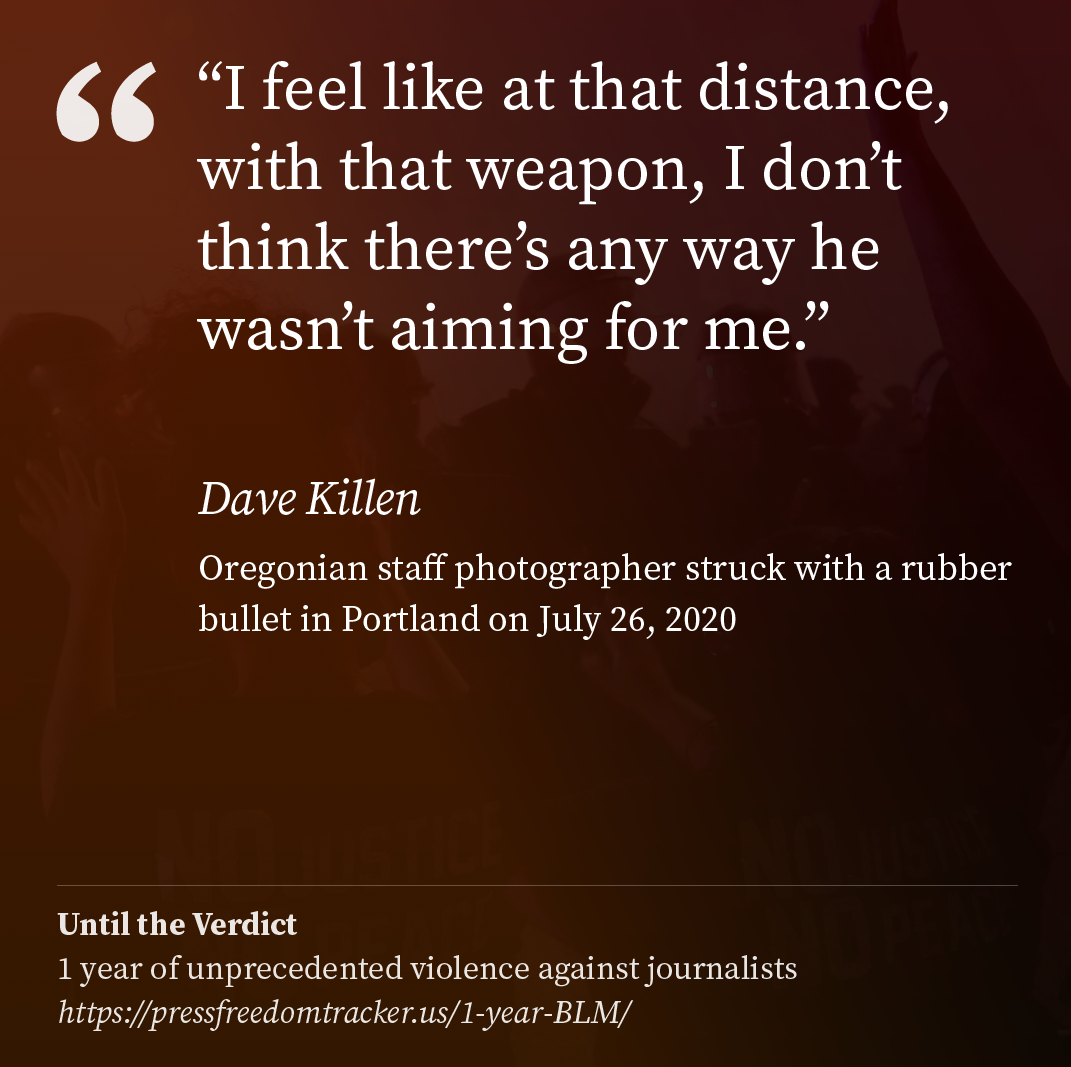 Journalists were assaulted, arrested or detained and subpoenaed for protest-related work product at numbers not before documented by the Tracker.

Find it all at pressfreedomtracker.us/1-year-blm.

Kirstin McCudden is vice president of editorial for Freedom of the Press Foundation and managing editor of the U.S. Press Freedom Tracker.