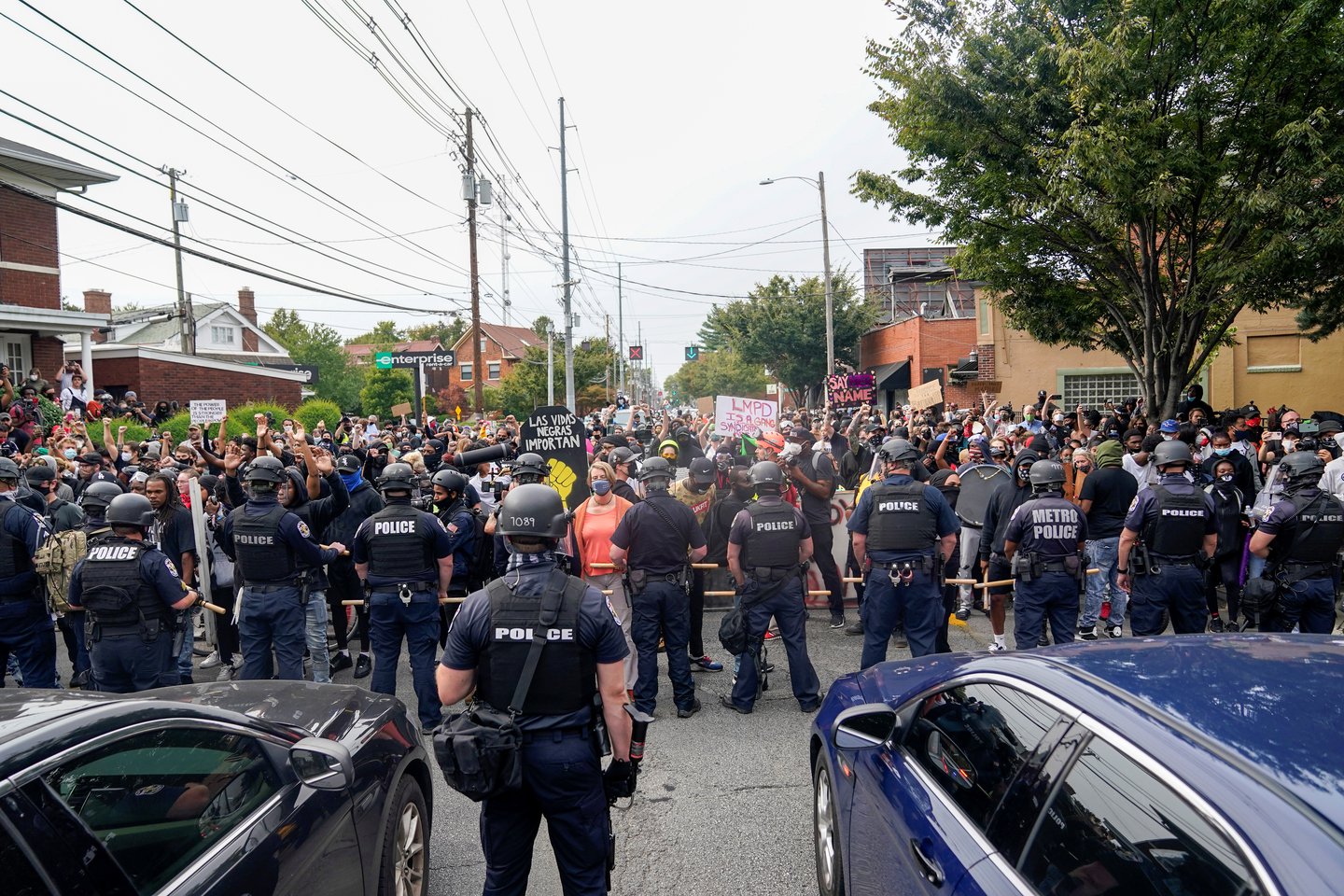 On Sept. 23, 2020, demonstrations follow news of the grand jury decision in the case of the police-shooting death of Breonna Taylor in Louisville, Kentucky.

Each month, this newsletter opens with a snapshot of categories from our home page. This is what you saw on the last day of August: 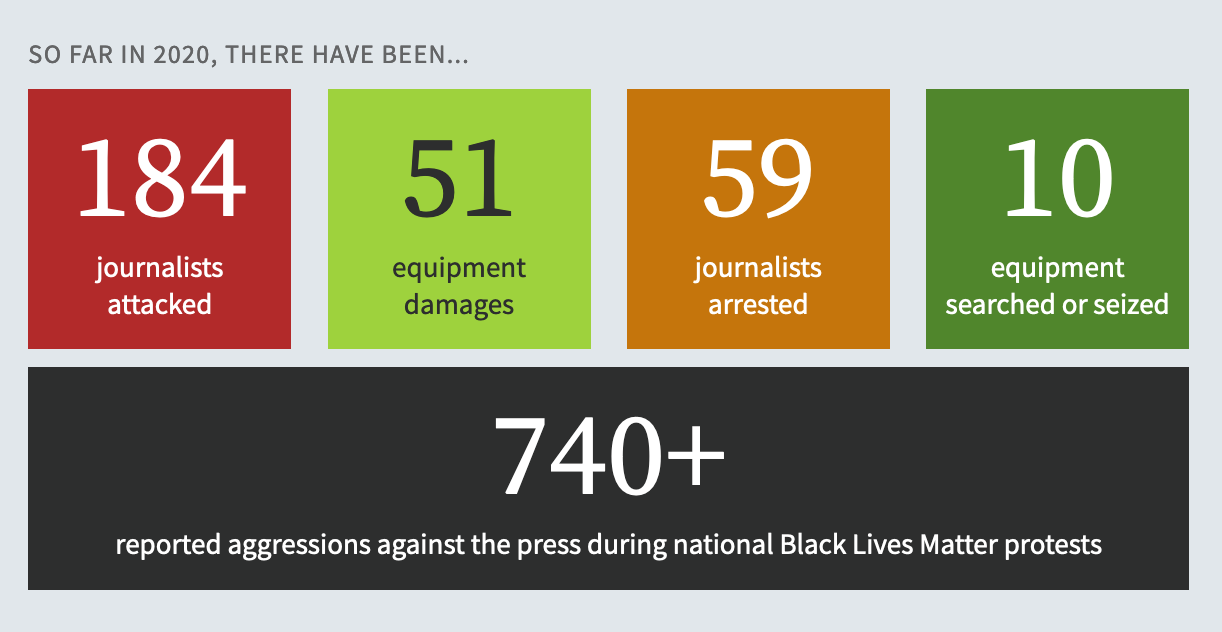 And this is what our home page looked like at the end of September:

Protests continue, as do attacks on the press

As the only news site systematically documenting aggressions against the press, our work has continued unabated since protests for Black Lives Matter and against police brutality spread nationwide at the end of May. I’ve used this newsletter to explain how we’re documenting these First Amendment violations and why we continue to be overwhelmed. There is simply an overwhelming amount of journalists assaulted, arrested or otherwise kept from doing their jobs on what is now a near daily basis.

More than 850 aggressions against the press have now been reported to us in four months.

As protests continue nightly — like in Portland, Oregon — or flare up around news events — like following the grand jury announcement in Breonna Taylor’s case in Louisville, Kentucky — we continue our mandate of tracking each incident and continue our requests for support.

Latest reported aggressions against the press as of Monday, Sept. 28

As these are verified and published, find them here: https://t.co/0VRJK7viTH

In addition to being the Tracker’s only full-time reporter for these aggressions, Stephanie Sugars also tracks every single one of President Donald Trump’s anti-media tweets. These are organized into a viewable database that stretches all the way back to 2015 when Trump declared his candidacy for president.

We last published a database analysis in April, when — as the coronavirus pandemic ravaged America — Trump surpassed 2,000 negative tweets about the media. 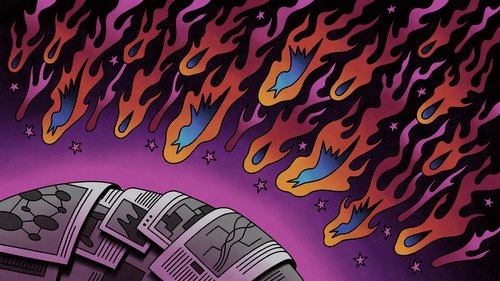 Building off that April analysis, Sugars revisits the database to parse the president’s media tweets in relation to the coronavirus response, national protests and the looming general election.

While his posts come in bursts and streams, Sugars finds, the president has tweeted against the media on average nearly twice per day this year:

Far from condemning the unprecedented surge of attacks against the press this year, President Donald Trump has instead increased his barrage of insults against journalists both online and during in-person campaign events as Election Day nears.

At multiple campaign rallies in September, Trump mocked an injury sustained by MSNBC host Ali Velshi while reporting from a Minneapolis protest spurred by the death of George Floyd: “Wasn’t it really a beautiful sight,” he asked one crowd in Minnesota. In North Carolina he called the assault “a beautiful thing.”

In addition to glorifying the violence at campaign rallies, the president has now tweeted negatively about the press more than 2,300 times since declaring his candidacy in 2015.

Read the latest analysis here:
Rather than denounce attacks on press, Trump doubles down on negative tweets 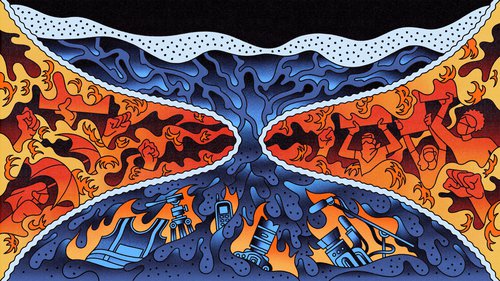 For Twitter usage you don’t have to track in a database, follow @uspresstracker. Otherwise, I’ll see you back here next month.

Donate: A donation to the Tracker makes our work possible