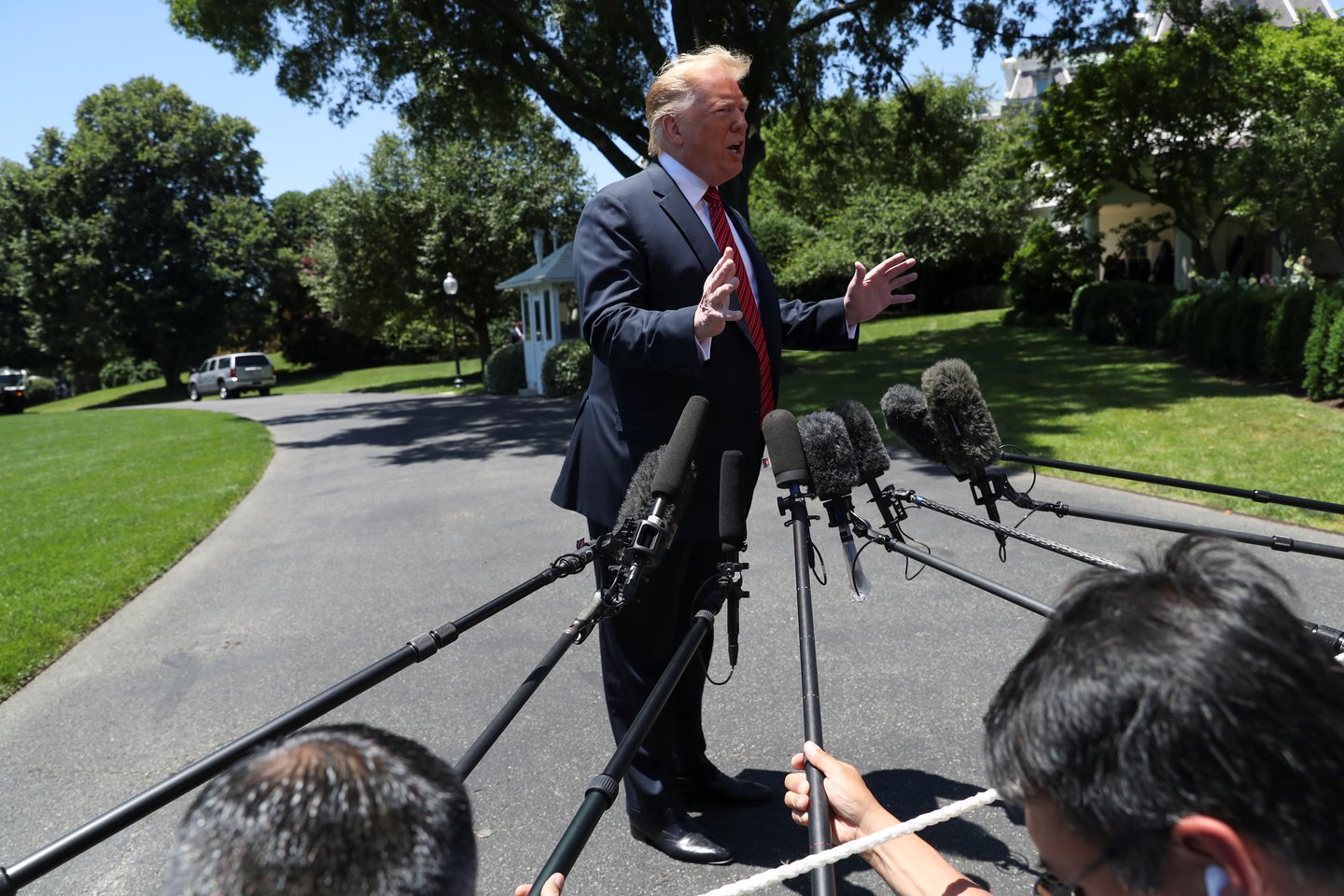 President Donald Trump speaks to the news media from the South Lawn of the White House.

The same week that President Donald Trump traveled to Orlando, Florida, to announce his bid for reelection, his escalating negative rhetoric against the media reached an all-time high.

Over the first 19 days of June, the president posted 45 tweets containing critical, insinuating, condemning or threatening rhetoric about the press, including four references to the media as the “enemy” of his administration or the people. On June 20, Trump broke what had become his longest streak of tweeting negatively about the press since declaring his candidacy.

Explore the live U.S. Press Freedom Tracker database tracking these tweets—including tweets by year, primary target, and terms like "fake news" and “enemy of the people.”

When Trump resumed on June 21, he took aim at The New York Times, which has been the target of criticism in more of his tweets than any other outlet. The president accused the newspaper of “feeding false stories” about him and his associates “to the FBI.”

Just revealed that the Failing and Desperate New York Times was feeding false stories about me, & those associated with me, to the FBI. This shows the kind of unprecedented hatred I have been putting up with for years with this Crooked newspaper. Is what they have done legal?...

This came less than a week after he accused The Times of committing “a virtual act of Treason” for publishing an article about U.S. cyberattacks on Russia. It was his 1,500th negative tweet about the press since declaring his candidacy. He ended the thread by asserting that the “Corrupt News Media” are “true cowards and without doubt, THE ENEMY OF THE PEOPLE!”

In two rare steps, The Times responded to the president’s accusation on Twitter, highlighting a section of the article which specifies that the newspaper reached out to Trump’s national security officials ahead of publication to ensure they had no security concerns. Times publisher A.G. Sulzberger then penned an op-ed published in The Wall Street Journal, warning about Trump’s escalating rhetoric and stating that accusing the press of treason for doing the jobs crossed a line and is “irresponsible and wrong.”

President Trump’s bluster continued when he threatened a Time reporter with prison during a June 17 interview about his reelection campaign, according to a transcript published by the magazine. The threat came after the reporting team began asking questions regarding testimony given to special counsel Robert Mueller. The line of questioning was sidelined when Trump backtracked to the birthday letter from North Korean leader Kim Jong Un that he had showed them off the record. 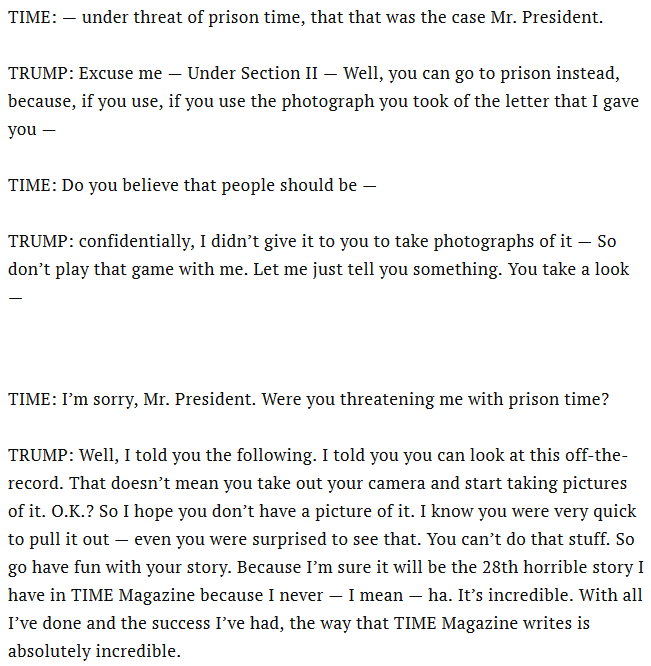 Time magazine's published a transcript of its interview with President Donald Trump.

Trump’s rhetoric remained the same when he took to the stage in Orlando on June 18, almost exactly four years since he first announced his candidacy. The president went just minutes into his reelection campaign speech before calling out the media covering the event. Trump’s jab triggered resounding boos, slowly overtaken by chanting of “CNN sucks.” Once the crowd quieted, Trump again pointed towards the back of the venue and said, “By the way, that is a lot of fake news back there.” The crowd responded with cheers.

Outside the rally, a Trump supporter was arrested and charged with battery for striking Orlando Sentinel reporter Michael Williams in an attempt to stop the reporter from filming.

Hostility and violence targeted at the news media has become a feature of many Trump events. The U.S. Press Freedom Tracker has documented at least two other incidents where journalists were attacked by Trump supporters while covering the president’s rallies.