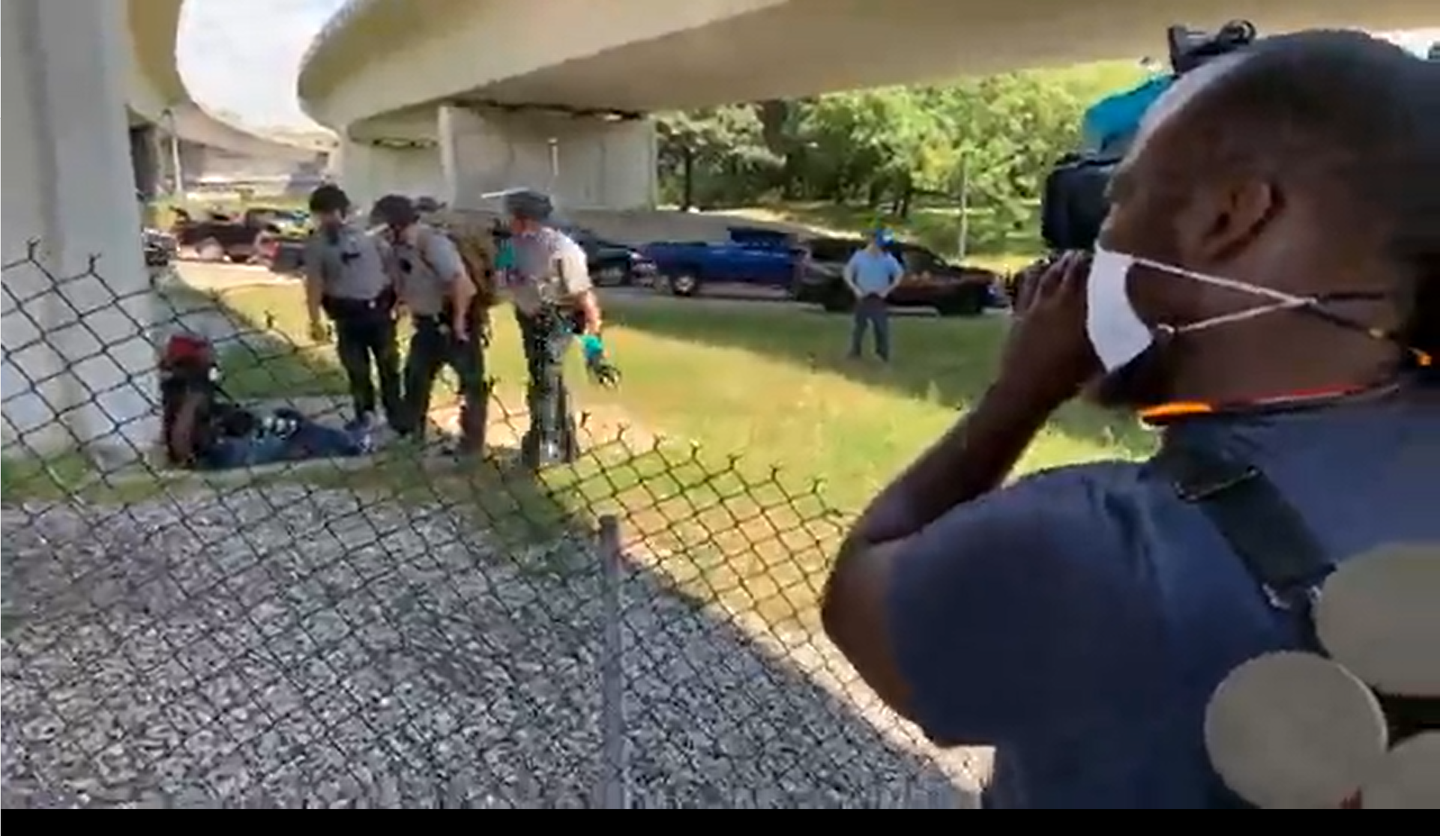 Atlanta Journal-Constitution photographer Alyssa Pointer was detained while covering protests in Atlanta on June 1, 2020. Three other journalists intervened on her behalf until she was released.

Atlanta photographer detained, released after intervention by other journalists

Pointer told the U.S. Press Freedom Tracker that she’d been following a group of protesters marching near City Hall when she realized they intended to try to get on the interstate south of the state Capitol. She heard an officer instruct others to arrest any protester who tried to go down an embankment toward the interstate, she said.

As the Georgia State Patrol began to make arrests, Pointer said she continued to photograph the scene. After she captured the arrest of two young women, an officer from the DNR demanded to know what she was doing.

The department, which usually provides law enforcement for outdoor recreation, was one of several state and local agencies assisting the Atlanta Police Department that day, DNR spokesperson Mark McKinnon told the Tracker.

Pointer responded that she was a journalist with the Atlanta Journal-Constitution and said she was heading back up the embankment. Pointer’s press badge hung clearly visible around her neck, she said.

“I don’t care. You’re being detained,” the DNR officer said, according to Pointer. Two other officers followed that order and proceeded to detain her.

McKinnon said that two Atlanta Police Department officers told DNR officers to arrest everyone in the area where protesters were blocking traffic on the highway. DNR officers detained Pointer as part of that group.

Pointer told the Tracker that the officers were not able to handcuff her due to all of her equipment. So they took her two cameras and backpack and placed her in plastic restraints. They then hung her cameras around her neck.

Journalists walking among the protesters found Pointer sitting with her back against the support of an underpass surrounded by several DNR officers. In a livestream video by NBC affiliate 11Alive, reporter Doug Richards spots Pointer and asks, “Whoa, is that Alyssa?”

Two other journalists were already filming Pointer and talking to the officers. “She’s with the AJC!” Richards shouts in the video. A DNR officer responds that he did not know who detained her or why.

“It’s as if the story of these guys is that someone cuffed her and then walked away,” Richards explains to his livestream audience.

A DNR officer, seeing Pointer’s press badge, asked her who detained her. She said she did not know, because the initial officer had left after giving the order. An officer then left to search for his colleague, she said.

Pointer told the Tracker that one officer offered to write down a phone number for her to call once she was taken to jail. “I kept telling him I’m not going,” Pointer said, repeating that she was a journalist. “But they weren’t listening.”

McKinnon said a DNR supervisor ordered her release after Pointer provided evidence that she was a journalist.

Pointer’s restraints were removed; she’d been detained for approximately 10 minutes.

“Bottom line, I was going to jail if the journalists weren’t there,” Pointer told the Tracker.

Pointer gathered her things and immediately headed up the street to catch up with the protest. She had a job to do, she said.

Pointer told the Tracker it was frustrating to know the officers were not listening to her as a journalist or as a black woman.

“I’m not afraid, but there’s all this legacy of why I possibly should be,” she said. “So listen to a journalist when they tell you who they are. Don’t detain us. Let’s have a conversation.” 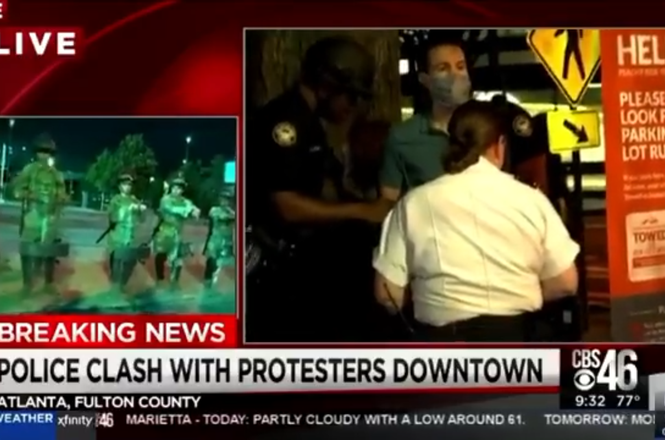