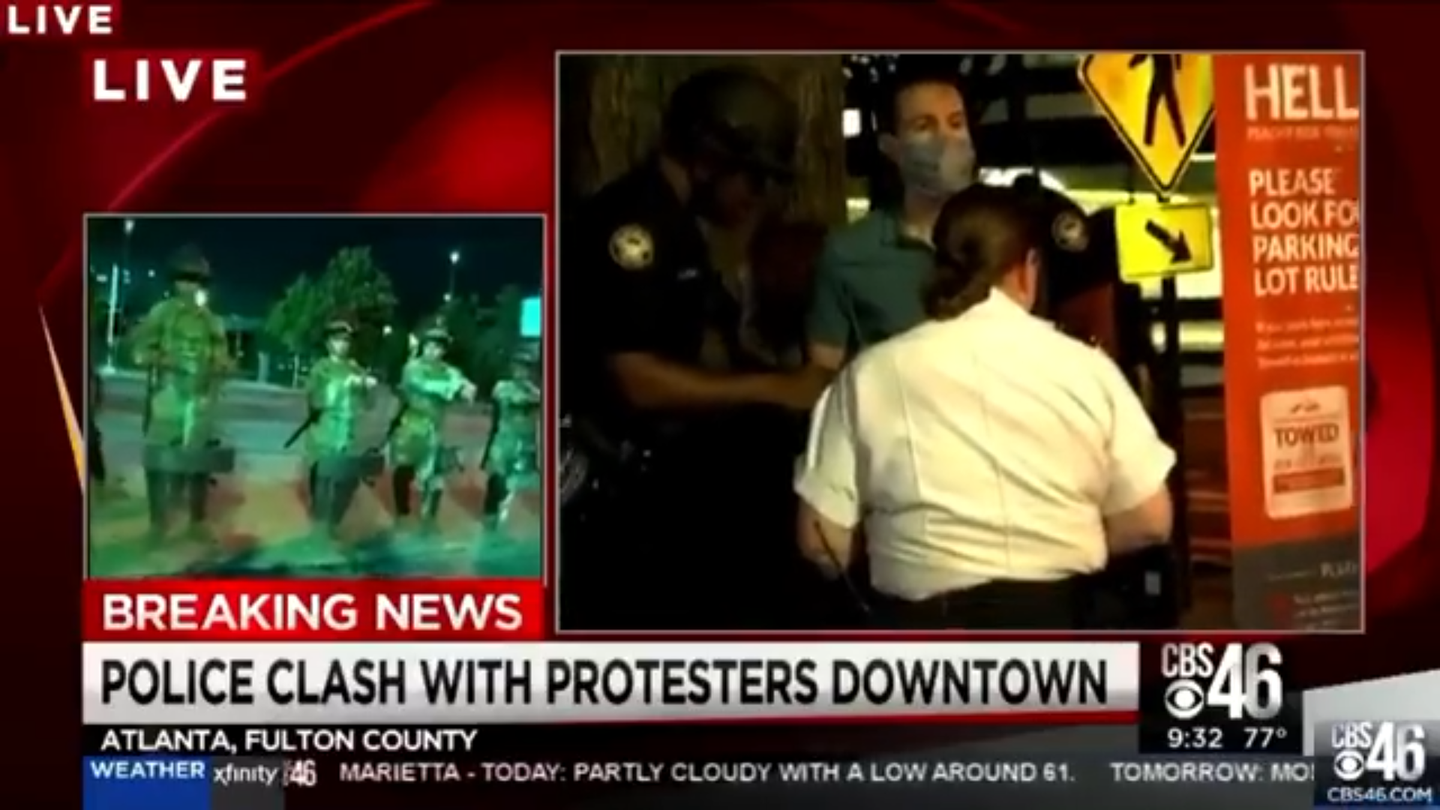 The detention of reporter Haisten Willis, on assignment with The Washington Post to cover protests in Atlanta, was broadcast live by CBS46.

Freelance reporter Haisten Willis was detained by officers with the Atlanta Police Department while covering protests in the city on assignment with The Washington Post on May 31, 2020.

Willis told the U.S. Press Freedom Tracker that he was on the street in downtown Atlanta about 30 minutes after the city’s 9 p.m. curfew went into effect, looking at his phone for continued protests on Twitter.

“I heard and noticed a large number of police coming toward me,” Willis said.

He stepped under a streetlight to be sure that the officers saw him, Willis said, and called out to identify himself as press.

Willis said one of the officers asked if he had a press pass, and he responded that he had a digital credential issued to him by The Post on his phone.

Willis said the officer refused to allow him to pull up the press credential on his phone, saying that it wasn’t sufficient identification. He said the officer told him that he was under arrest. Officers then took Willis’ phone and a pen that he had been using to take notes, handcuffed him with zip ties and patted him down for weapons.

The detention was broadcast live by a CBS46 news crew in the area.

Willis told the Tracker that when officers pulled his wallet out of his pocket, he told them he had business cards inside identifying him as a journalist. Officers examined the cards — which list his title as “freelance journalist” — and after a few minutes decided to release him, Willis said.

The officers removed the zip ties, and returned his phone and pen, he said.

A coalition of Georgia journalism organizations released a statement condemning Willis’ detention, and that of The Atlanta Journal-Constitution staff photographer Alyssa Pointer, who was detained by the officers with the Georgia Department of Natural Resources when covering protests on June 1, according to the statement.

“The detainments of Willis and Pointer were clear abridgments of press freedoms. The confiscation of equipment, cell phones and other supplies hinders the ability of reporters to uphold responsibilities granted by the First Amendment,” the statement reads.

The Atlanta Police Department did not immediately respond to a request for comment. 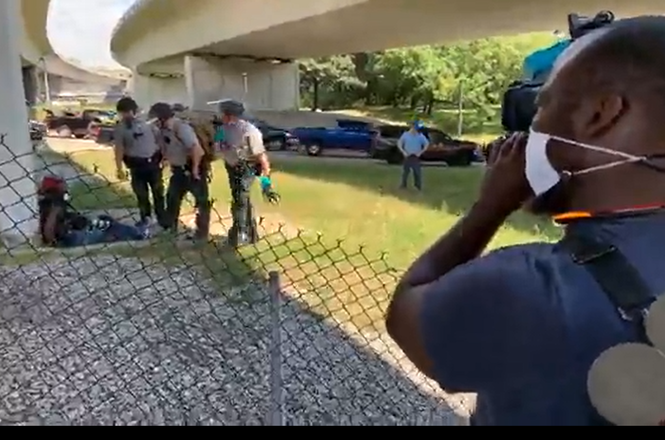 Atlanta photographer detained, released after intervention by other journalists