International passengers arrive at Washington Dulles International Airport after clearing immigration and customs in Dulles, Virginia in this 2017 file photo.

Ben Watson, a news editor for Defense One, was harassed by a U.S. immigration official when arriving at Dulles International Airport in Washington, D.C., on Oct. 3, 2019. At passport control, a Customs and Border Protection officer asked Watson four times, “You write propaganda, right?” The officer withheld Watson’s passport until he gave an affirmative answer.

Watson told the U.S. Press Freedom Tracker that things seemed normal as he passed through permanent resident reentry aisle No. 17 at around 4 p.m., though he noticed the CBP officer on duty was taking twice as long as normal with each customs interview.

In an account of the incident for Defense One, Watson wrote that after he answered a few standard questions about undeclared goods, the interaction took an unusual and unsettling turn.

After telling the officer that he is a journalist, the officer asked, “So you write propaganda, right?”

Watson told the Tracker that at first he wasn’t sure the officer was serious. “When I saw this smirk on his face and with the way he was looking at me, I realized this was not a joke.”

Watson responded no, that he was a journalist and that in his work covering national security he uses many of the same skills he used as a U.S. Army public affairs officer. “Some would argue, that’s propaganda,” Watson recalled saying.

The CBP officer persisted, asking a second time whether Watson is a journalist and asking again, “You write propaganda, right?”

Watson wrote that he paused briefly and then said, “For the purposes of expediting this conversation, yes.” Before returning his passport, the officer made Watson repeat for a second time that he, as a journalist, wrote propaganda.

Watson told the Tracker that he gave in when he thought about how long he could be delayed if he called for the officer’s supervisor and filed a complaint in person. He said, however, that he has since filed a civil rights complaint with the Department of Homeland Security’s Office for Civil Rights and Civil Liberties.

Watson tweeted after the incident, “I’ve honestly never had a human attempt to provoke me like this before in my life.”

What I told my colleagues shortly afterward:

"I've honestly never had a human attempt to provoke me like this before in my life.
This behavior is totally normal now, I guess?" https://t.co/9qV5xRWVMr

Walter Shaub, an attorney who served as director of the U.S. Office of Government Ethics until 2017, tweeted that the incident should go to the DHS inspector general for review.

“A customs agent withholding the passport of a journalist until he agrees to say he writes ‘propaganda’ is actionable misconduct, even in Trump’s America,” Shaub wrote.

Watson’s is latest incident of politicized remarks by CBP agents aimed at journalists that the Tracker has documented in our border stop category. Other recent cases include a journalist being asked if he was part of the “fake news media,” two journalists being told to “fall in line” with the president’s agenda, and aggressive questioning to a reporter about his outlet’s political articles. 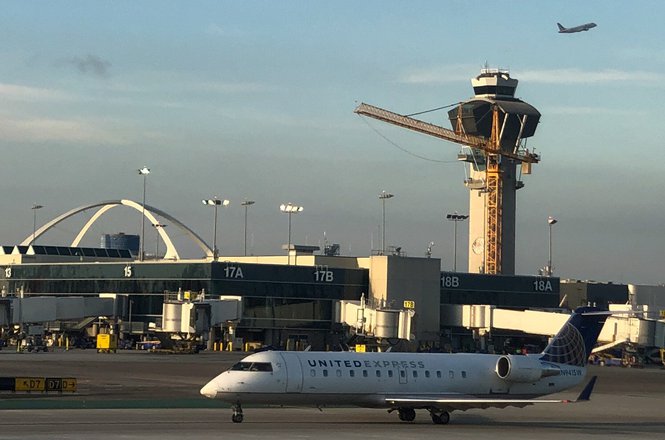