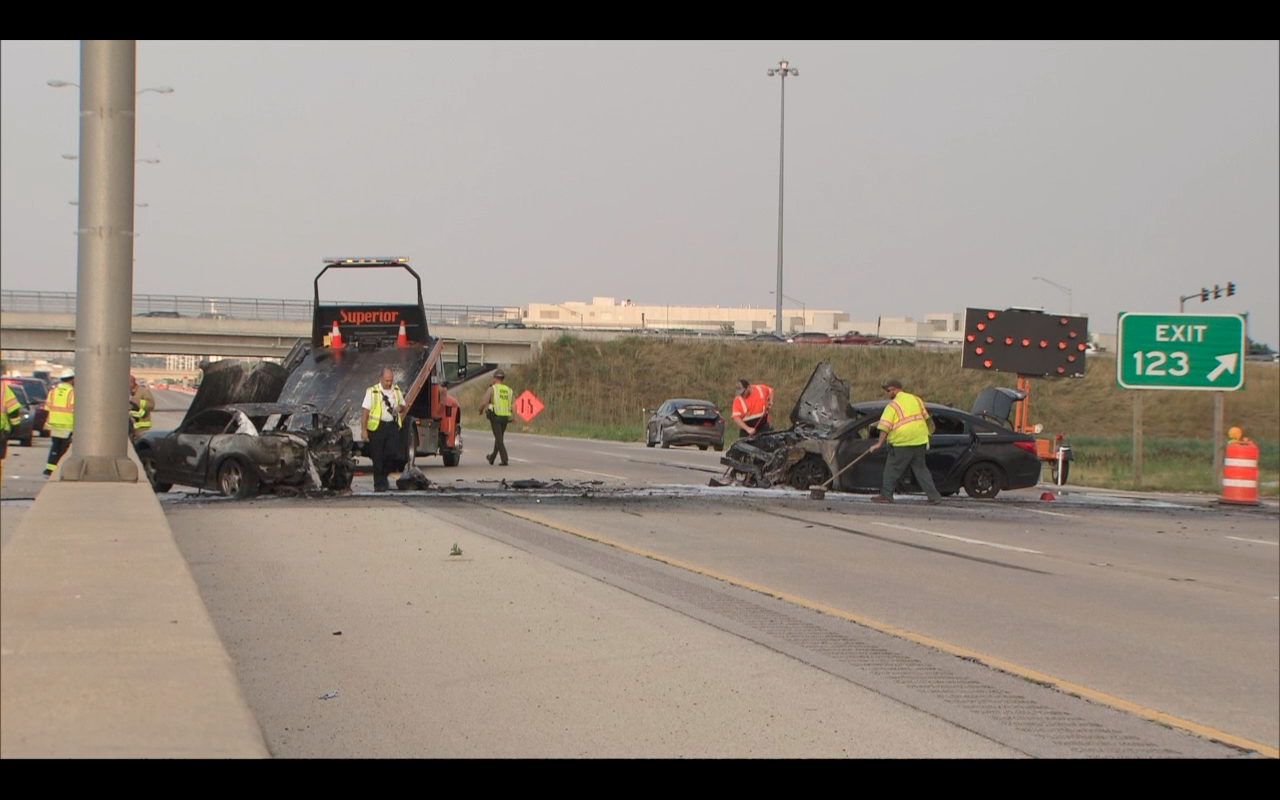 A screengrab from a video recorded by independent journalist Dave Weaver on August 11, 2018, shows the aftermath of a fiery car crash near Naperville, Illinois. Weaver was arrested by Illinois State Police troopers while recording this footage.

Dave Weaver, a freelance videographer, was arrested while filming near the scene of a multi-vehicle car crash on Interstate 88 in Illinois, on Aug. 11, 2018.

Weaver is an independent photojournalist who shoots footage of crime scenes and the aftermath of car crashes and fires in the Chicago area, which he learns about by listening to police and fire radio scanners.

At around 6 p.m. on Aug. 11, three cars were involved in a fiery car crash on the Illinois Tollway, part of Interstate 88 in Illinois. Police later said that the crash left two cars totaled and bystanders were barely able to extricate the crash victims from the cars before they burst into flame.

Weaver told Freedom of the Press Foundation that he arrived at the crash site just as the last ambulance was leaving to take victims to the hospital and maintenance workers were cleaning up the area. He began filming the aftermath of the crash; some of his video footage was later included in a local TV station’s report on the crash.

After a maintenance worker spotted Weaver and alerted the Illinois State Police, an ISP trooper approached Weaver and arrested him. The trooper, Kyle Fletcher, was familiar with Weaver from previous incidents.

“I realized that this was an individual that I had spoken to before,” Fletcher wrote in a field report documenting the arrest. “I once again asked Weaver what he was doing illegally parked on the shoulder of the tollways and walking around on a road where pedestrians are forbidden. … Due to the fact that this was not the first time I had spoke[n] to Weaver about this sort of behavior he was placed under arrest for criminal trespass to property.”

“This trooper also charged me with three tickets,” he said. “One for stopping on the shoulder, which he considered a crime because I was not using the Tollway for its intended purpose. And also for getting out of my vehicle, and also a third one for failure to yield to emergency vehicles, which is a complete joke because I was the last one to arrive at the scene, and there were no emergency vehicles to ever have to yield to.”

Each ticket carries a $120 fine and requires Weaver to appear in court.

Weaver said that after he was arrested and brought to the DuPage County, two of his fellow photojournalists bailed him and then helped him recover his impounded vehicle.

In a statement to Freedom of the Press Foundation, a spokesperson for the Illinois State Police confirmed Weaver’s arrest:

The Illinois State Police can confirm that on August 11, 2018, Mr. David Weaver was arrested by the ISP and cited for the following offenses at the scene of a multi vehicle personal injury crash that resulted in multi vehicle fires: Criminal Trespass to Real Property, Failure to Yield to Emergency Vehicles, Stopping Parking or Standing on Roadway, and Walking Improperly on the roadway. This case remains open and ongoing in the court system, therefore we have no further comment at this time. The Illinois State Police's primary goal at the scene of a critical incident, and at all times, is the safety and well-being of all members of the public.

Weaver said that Fletcher, the ISP trooper who arrested him, has repeatedly tried to prevent him from reporting on car crashes on the Illinois State Tollway.

“He is trying to get me involved in a case where he’s trying to make me out as a threat to the first responder community by my presence,” he said.

According to Weaver, the trouble began on Nov. 27, 2016, three days after he covered a car crash on the Illinois Tollway. Weaver said that Fletcher showed up at his house and told him that the Illinois Tollway was private property and he had to obtain a special Media ID from the Illinois State Toll Highway Authority in order to film on the highway.

Weaver claims that Fletcher then threatened him with arrest and asked him to go to an Illinois State Trooper station to “voluntarily” complete a written statement. Weaver said that he went to the station and submitted his written statement — at which point, he was fingerprinted and photographed. Weaver said that Fletcher then drove him home and told him, “I don’t want to jam you up."

“I think the state needs to reconsider what it considers private property and how it operates and what procedures are in dealing with the press,” Weaver told Freedom of the Press Foundation. “I want to know for my own peace of mind, so that when I go to scenes on a Tollway, that my day doesn’t end with me being arrested, and my car towed and being putting into the holding cell at DuPage County Jail."

"I should be able to do my job as long as the conditions are safe to do so, and I was denied that," he added.

On July 25, 2019, an Illinois county judge dismissed all charges against freelance videographer Dave Weaver. Weaver had been arrested and given three tickets while covering a car crash in October 2018 on the Illinois Tollway.

DuPont County Judge Joseph Bugos heard testimony from the arresting officer and then dismissed the misdemeanor counts against Weaver for stopping in a roadway, walking improperly on a roadway and failure to yield to emergency vehicles, according to the Chicago Tribune.

A trespassing charge, for which Weaver had been arrested, was dismissed in a pretrial ruling.

Weaver’s lawyer Matt Topic told the Tribune that having the charges dismissed on burden of proof grounds meant the case wasn’t tried on other merits.

“This didn’t end up being a First Amendment case, but we were prepared to go there,” Topic said. 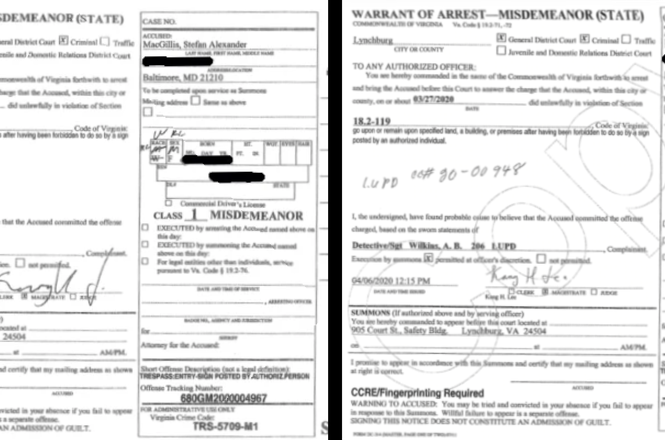 Arrest warrants were issued on April 6, 2020, for two journalists after they visited Liberty University to cover the school's … 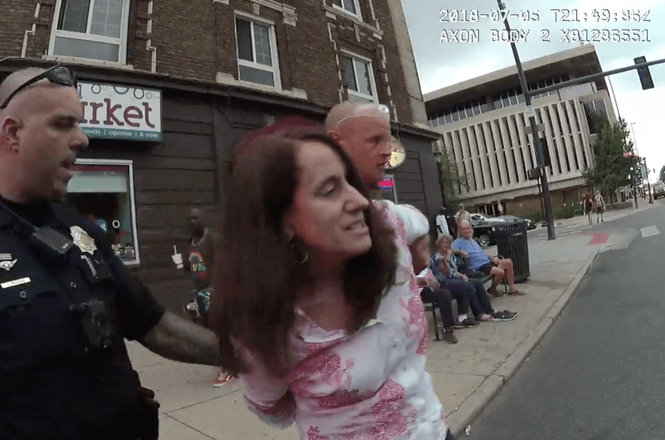 Susan Greene, the editor of the Colorado Independent, was handcuffed and detained after photographing a police interaction on July 5, …

John Strangis, a freelance videographer and photojournalist, was arrested while filming the scene of a car crash in Hemet, CA, on July 24, 2017.According to Riverside County News Source, Strangis responded to the location of the three-vehicle crash to film footage that he intended to sell to news organizations.Although the scene had not been established or indicated to be a crime scene, Strangis was ordered several times to stop filming by City of Hemet police officers to move further away … 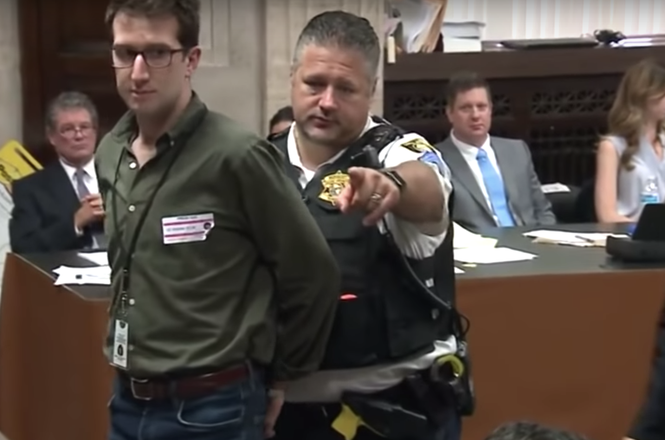 After Siegel was arrested, other journalists in the courtroom pooled their money to pay his $100 bail.
More related incidents