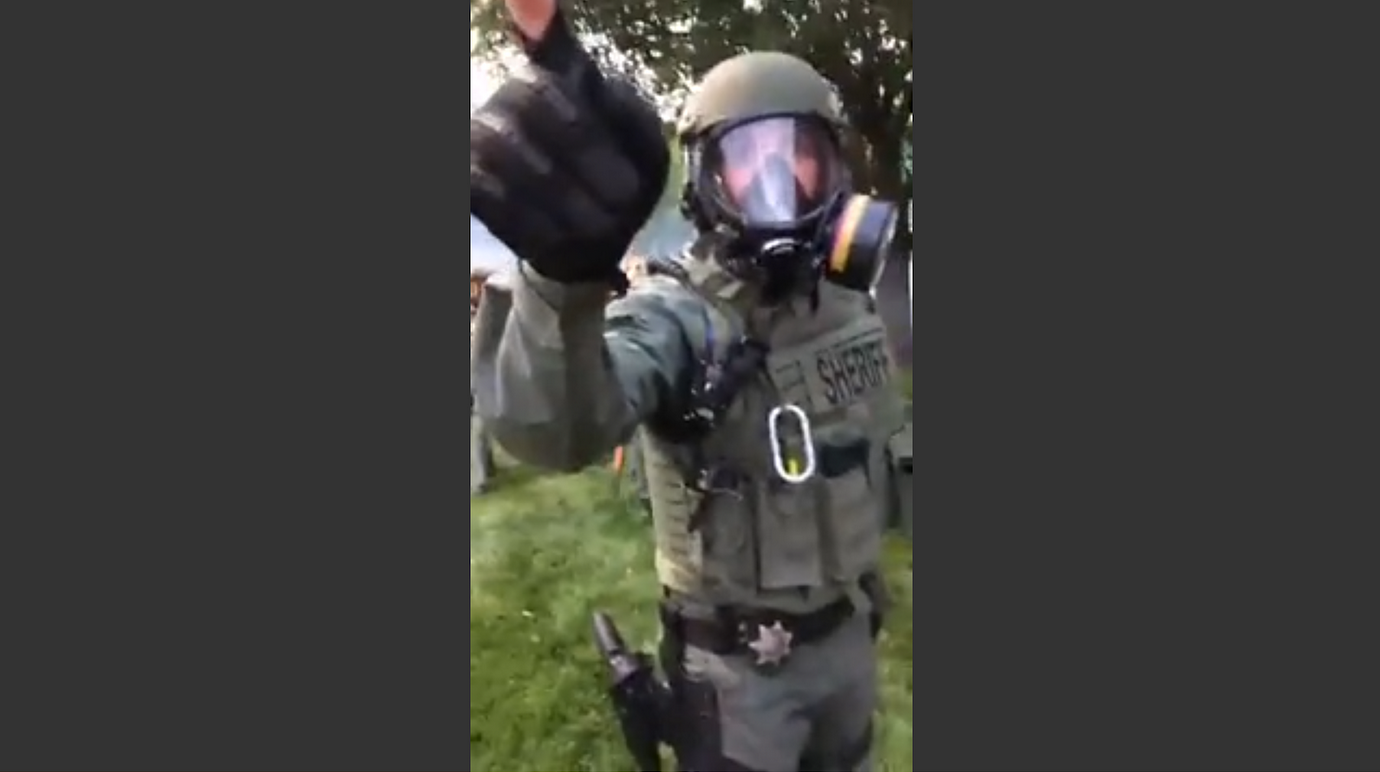 A screenshot from the livestream of Lincoln Journal Star reporter Chris Dunker of protests in Lincoln, Nebraska, on May 31, 2020. Dunker was detained by police while reporting.

Lincoln Journal Star reporter Chris Dunker was thrown to the ground and arrested by law enforcement officers while reporting on protests in Lincoln, Nebraska, on May 31, 2020.

Dunker told the U.S. Press Freedom Tracker that he was livestreaming a protest in front of the City/County Building in downtown Lincoln for the outlet’s Facebook page. At approximately 8:35 p.m., officers with the Lancaster County Sheriff’s Office began to enforce the 8 p.m. curfew order announced that day, he said.

“As law enforcement pursued the protesters away from the area, a deputy sheriff turned toward me and ordered me to leave,” Dunker said. “I was wearing a neon vest with ‘PRESS’ on it and had on my media credential. I told the deputy I had a constitutional right to be there.”

In a video of the incident published by the Journal Star, the deputy can be seen charging at Dunker without a word and tackling him to the ground. Dunker told the Tracker that his knee and elbow were scraped as two deputies pinned him to the ground and handcuffed him.

“I asked them to return my phone, which had fallen onto the concrete parking lot where I was standing, and my hat, which they did,” Dunker said.

Dunker said that another law enforcement officer told the deputy sheriff who had charged at him that officers were not supposed to arrest members of the media. He said the deputy disregarded this and instead continued to lead Dunker to an area where other arrestees were awaiting transport to jail.

“A higher ranking member of the department told the police to check my identity and if I had any warrants before cutting me loose,” Dunker said. “Police promptly did and I was allowed to keep filming the protests for several more hours that evening.”

Sheriff Terry Wagner with the Lancaster County Sheriff’s Office did not immediately respond to a request for comment. 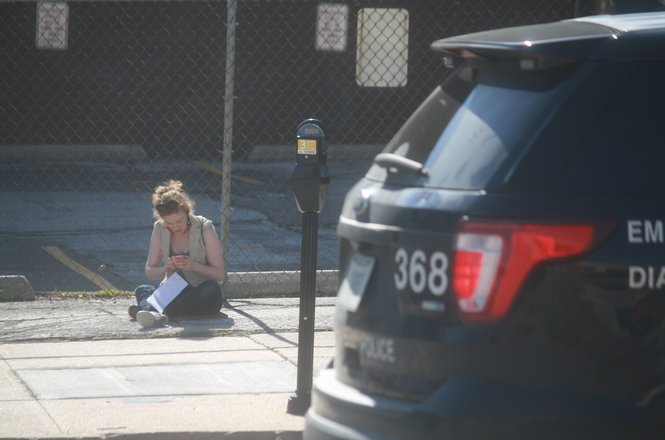 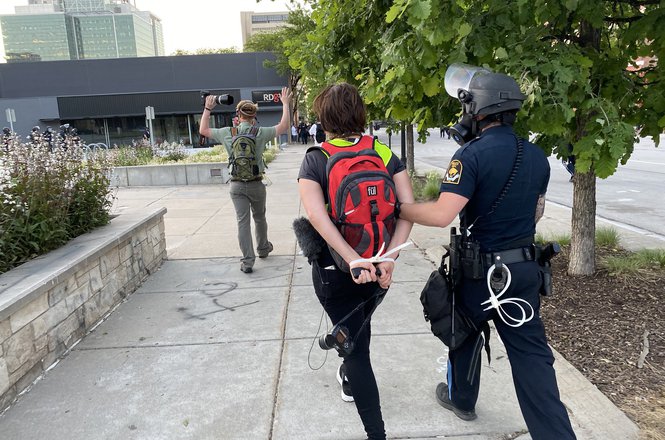 Freelance reporter Megan Feeney was briefly detained by police in Omaha, Nebraska, as she covered a protest against police violence …
More related incidents