Tom Boney Jr., the publisher of the Graham-based weekly Alamance News, was removed from a courtroom in handcuffs and threatened with contempt of court charges in Graham, North Carolina, on Dec. 8, 2020.

The incident with Boney came amid a dispute between a local judge and three media outlets seeking access to a trial. The Charlotte News & Observer reported that its journalists, and those from local alternative weekly Triad City Beat, were told earlier that week that members of the press would not be allowed to observe a trial in Alamance County’s Historic Courthouse, per a decision by Judge Fred Wilkins (the paper did not report whether Wilkins gave a reason for barring reporters).

Wilkins was presiding over the trial of Sandrea W. Brazee, a 52-year-old white woman accused of driving her car at two Black girls. The News & Observer reported that a week earlier Wilkins also prevented journalists from attending the trial of Rev. Greg Drumwright, who had organized an Oct. 31 march to the polls where police pepper sprayed the crowd and members of the press.

On the morning of the Brazee trial, Boney entered the courtroom to present Wilkins with a letter from attorney C. Amanda Martin on behalf of Alamance News, the News & Observer and Triad City Beat. The letter requested a hearing on Wilkins’s decision to close the court to the media. The same morning, Boney had also delivered letters to Senior Resident Superior Court Judge D. Thomas Lambeth and Chief District Court Judge Bradley Reid Allen Jr. — who oversee various courthouse administrative and official duties — urging that courtrooms remain open to the press during the COVID-19 pandemic, in compliance with the state’s constitution and the First Amendment.

The North Carolina state constitution maintains that “all courts shall be open,” with exceptions only in cases where there is a compelling reason, according to the Reporters Committee for Freedom of the Press.

During the court proceeding, Wilkins noted the motion filed by the three news organizations calling for transparency and reconsideration of the judge’s exclusion of the press, the News & Observer reported. When Boney identified himself and attempted to explain the request, Wilkins cut him off and said he had already ruled on the matter, according to the paper.

The News & Observer reported that Wilkins then told Boney, “The courtroom is not closed,” gesturing to other people in the room, but, “It’s closed to you.”

“I’ve made my ruling,” Wilkins said. “The next ruling I will make is a contempt citation.”

The News & Observer reported that when Boney continued to object, Wilkins said, “You’re going to jail,” and had deputies remove the publisher from the courtroom in handcuffs. Boney told the News & Observer that Wilkins then said he would not pursue the contempt charge if the publisher agreed to leave the courthouse. Boney said he eventually agreed and was escorted from the building.

“They were really quite rough in handcuffing me and claiming that I’m resisting,” Boney said. “I wouldn’t have been surprised if they had broken my wrist.”

“People need to know how decisions are arrived at — was the conclusion, the verdict, the pleading, fair? Was it reasonable?” Boney said. “The problem is I have no way to evaluate it, because I wasn’t there.”

Boney didn’t respond to an emailed request for comment.

“We realize it is appropriate for courts to undertake certain measures during these pandemic times to limit exposure but closing down access to the press entirely is not one of them and removing a newspaper publisher in handcuffs is certainly not appropriate and is quite discouraging,” Phil Lucey, president of the North Carolina Press Association, told the Times-News.

Lucey said that the court gave “no written ruling outlining the basis for the closing of the courtroom,” and thus “we cannot assume this was anything other than an effort to block access to the press from the court proceedings.”

The three newspapers filed an emergency petition with the North Carolina Court of Appeals on Dec. 10, The Associated Press reported.

“Even accepting that the COVID-19 pandemic creates a compelling need to safeguard public health by imposing some limits on access to courtrooms, the draconian restrictions imposed by Judge Wilkins were not necessary to serve that interest,” attorney Martin wrote in the emergency appeal. 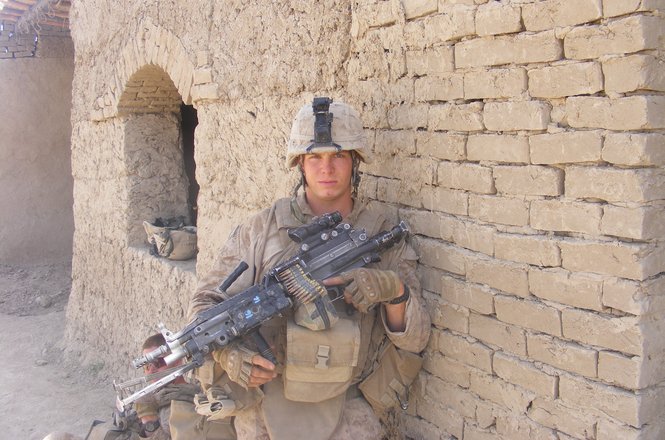 LaPorta, who served two tours of duty in Afghanistan, is now an independent journalist who reports on the U.S. Marine Corps
More related incidents