LaFrancois, who is a co-founder and reporter at alternative newspaper Queen City Nerve, has covered the protests and demonstrations in Charlotte against police brutality since they started in the wake of the May 25 death of George Floyd, a Black man killed in Minneapolis by a white police officer.

LaFrancois told the U.S. Press Freedom Tracker that he went to the detention center on June 18 after hearing that the Mecklenburg County Sheriff’s Office had asked activists to abandon a jail support station set up outside the detention center. The station had been active since last May, when organizers from the local group Charlotte Uprising set up several canopy tents, from which they provided food, water and other supplies to people as they were released from the jail.

In LaFrancois’ video, which is still available on Facebook, he says that authorities had asked the activists to leave, but they vowed to resist, via a sit-in protest. The video shows dozens of deputies arriving on the site, first forming a line opposite the demonstrators and then surrounding them from the side and the back, while protesters can be heard chanting and shouting their refusal to leave the area.

About half an hour into LaFrancois’ livestream, officers move in to start arresting the protestors. Some are pushed to the ground, others are dragged away, and the officers keep LaFrancois and other journalists across the street from the arrest scene.

LaFrancois and others recording the action with cameras stood in the middle of the street when a sheriff’s officer approached LaFrancois and asked him to back up. “I’m the media, I got this,” LaFrancois can be heard saying in the video as he backed up slightly. “I’m just trying to document what’s happening, please don’t touch me,” said LaFrancois. Although it is not clearly visible in the video, according to LaFrancois the officer pushed him back slightly and then echoed the reporter’s words: “don’t touch me.” In the video LaFrancois can be heard saying that he did not touch the officer. He states that he is a journalist and says “Don’t infringe on my First Amendment right.”

“I wasn’t anywhere near obstructing anybody’s investigation, or coming anywhere near somebody arresting somebody,” LaFrancois told the Tracker. “I had my press credentials on.”

LaFrancois told the Tracker that he did not file a complaint. The Mecklenburg County Sheriff’s Office did not respond to request for comment. 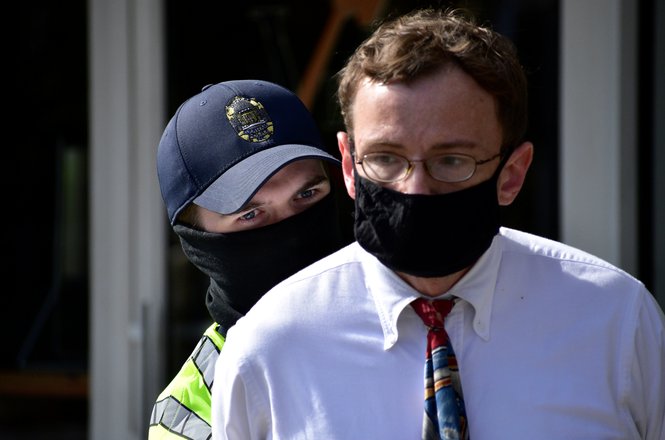 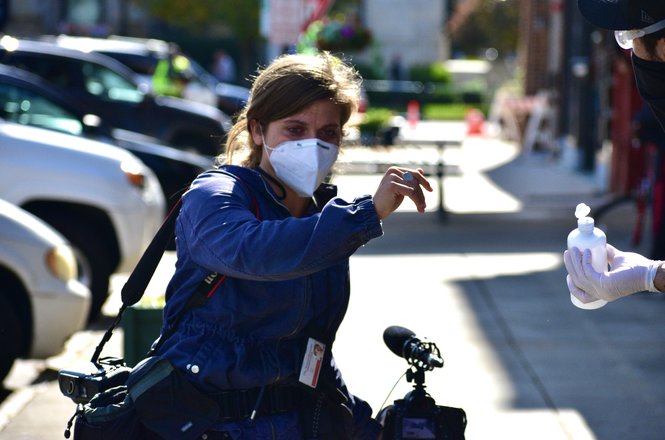 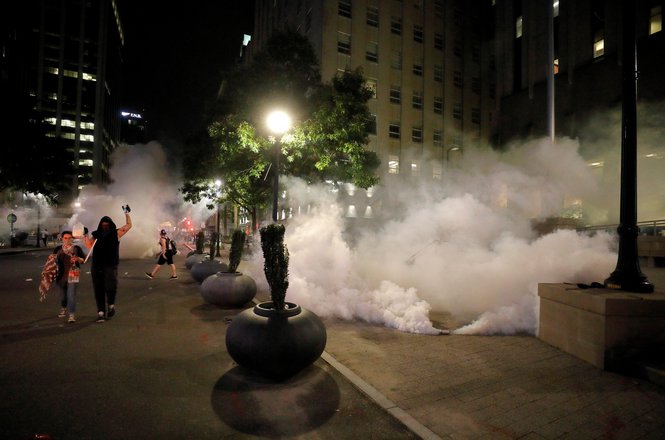 Two photojournalists were injured by projectiles likely fired by police while covering protests in Raleigh, North Carolina, on May 30, …
More related incidents