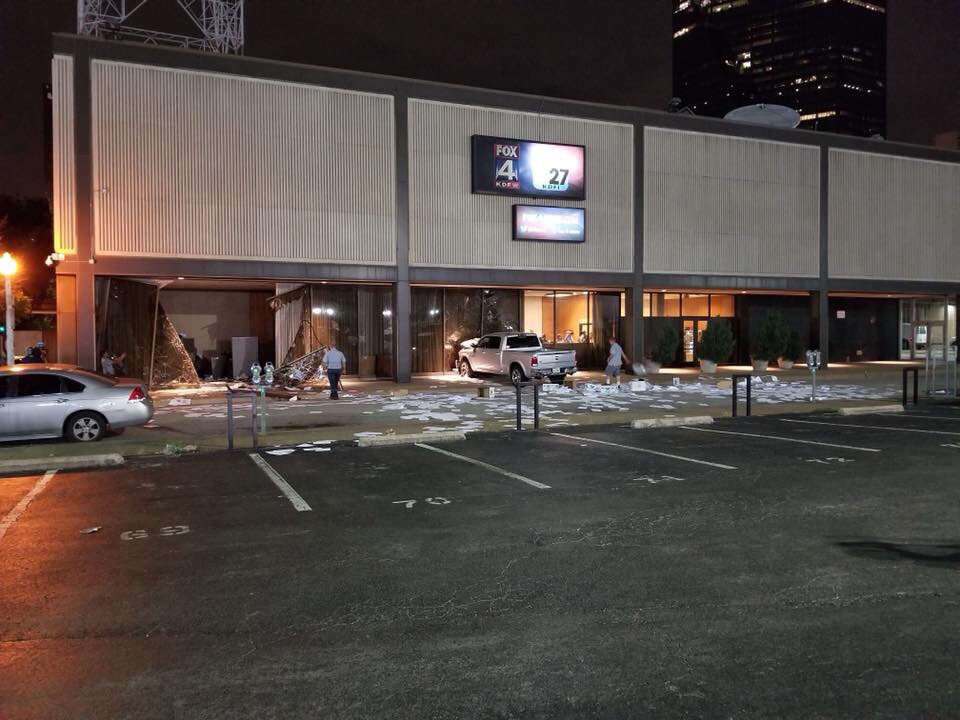 On Sept. 5, 2018, a man repeatedly crashed his pickup truck into the side of the KDFW/FOX 4 television studio in downtown Dallas, Texas.

Just before 7 a.m. that morning, the man rammed into the floor-to-ceiling windows of the local news station, FOX 4 reported. The man then exited the vehicle, began yelling, and placed numerous boxes full of stacks of paper near the building, throwing some of the papers around the street. He was later detained by police.

One of the station’s reporters tweeted a photo of the man holding a piece of paper against a window, and said that the man was yelling something about "high treason."

This was the man who smashed his truck into our station this morning..throwing papers around while yelling "high treason". @FOX4 pic.twitter.com/k7PsosDQIk

FOX 4 also reported that the man left behind a "suspicious package," later identified as a bag. A bomb squad was quickly dispatched to the station, and journalists were quickly moved to a "secure location."

A man crashed a truck into the side of our building this morning. He jumped out and started ranting. He’s in custody now but the bomb squad is on its way. He left behind a suspicious bag. Most have been evacuated & a few are working to keep the news on air from a secure location. pic.twitter.com/X3UpLbYk85

The bag was ultimately determined to pose no threat. No one was injured as a result of the incident, and staff were allowed to re-enter the building after several hours.

The man involved was arrested, and Dallas police later identified him as Matthew Chadwick Fry. 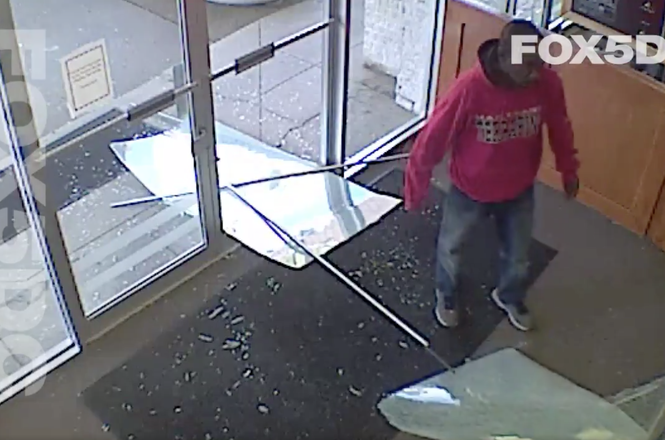 Man shot after breaking into lobby of local TV station in Washington, D.C.

Police struck a Dallas journalist with projectiles, zip-tied his wrists and placed him under arrest while he was covering a …
More related incidents