For the first time in decades the Texas Department of Criminal Justice failed to let journalists cover an execution, even though two reporters had been cleared to do so and were waiting nearby to be called into the state penitentiary in Huntsville on May 19, 2021.

A database maintained by the Texas Department of Criminal Justice confirmed that there had been media in attendance at each of the state’s previous 570 executions. Prison officials said “miscommunication” had kept media from witnessing the 571st execution, of Quintin Jones, who was convicted of the 1999 murder of his great-aunt Berthena Bryant, according to The New York Times.

Joseph Brown, editor of The Huntsville Item in Huntsville, Texas, told the U.S. Press Freedom Tracker that he and Associated Press reporter Michael Graczyk had arrived at around 5 p.m., about an hour ahead of the scheduled time for the execution. The Huntsville Item is one of two news outlets regularly called to attend and report on executions in Texas, and Brown said that he is often the reporter on duty.

Brown said the two reporters were sequestered in an office across the street from the penitentiary and were waiting to be told by the prison’s communications director they could be taken over the road.

But according to Brown, the call never came.

Jones had appealed to the U.S. Supreme Court for clemency, but the court declined his appeal and the execution was set to go ahead at around 6:15 pm local time. According to Brown, reporters are usually called in to witness an execution about 10 minutes in advance. “We went 25-30 minutes and still hadn't heard the call. So we started asking questions,” Brown told the Tracker.

Brown said that when the communications director called to see what was happening, “he was informed that the warden was already in the room going through the process. It was already ongoing,” said Brown who then realized the reporters were locked out of witnessing the execution.

Jeremy Desel, a spokesman for the Texas Department of Criminal Justice, told the Tracker: “Normally, upon the final notifications that there is no action pending in any court or from the Office of the Governor of Texas, a phone call is made to the Director of Communications to escort the media witnesses into the unit. As a result of a miscommunication between officials at the Texas Department of Criminal Justice, there was never a call made to summon the media witnesses into the unit.”

Desel said the department apologized “for this critical error. The agency is investigating to determine exactly what occurred to ensure it does not happen again.”

Editor Brown said he was skeptical about the department’s explanation, based on his experience covering previous executions.

The failure to call in reporters was an “egregious” error he said. “To me, it seems like a pretty big mess up to make. Because stuff like this is very methodical, it's very planned. It's very … to the book,” Brown said. If the department failed to tick one of the boxes in its normal routine this time, “what are the boxes that get missed that we don't know?” he said.

Coverage of executions is a longstanding media oversight tradition. Press advocates say it can be essential for making public issues such as a state’s use of faulty equipment or drugs. Jones was executed by lethal injection.

“It's the same reason why many members [of the media] cover your state legislature and your federal governments, your local councils,” said Brown. “If you don't have that public oversight, then they can almost willy nilly do whatever they want.”

Brown said there were a number of procedural changes that were in place for the first time in the execution of Jones, making it even more imperative to have eyewitness media reporting.

Graczyk, the AP reporter, did not respond to a request for a comment from the Tracker. 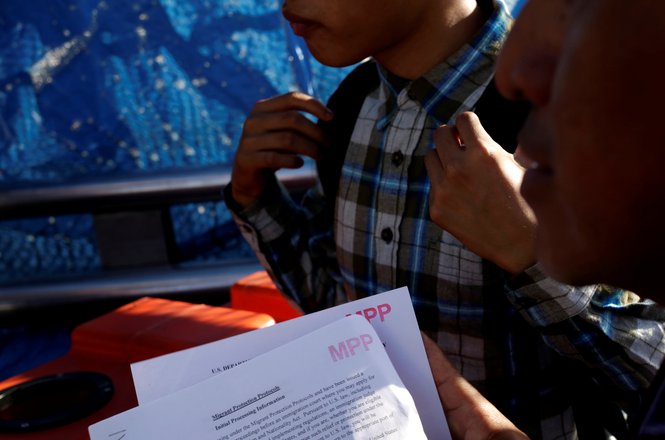