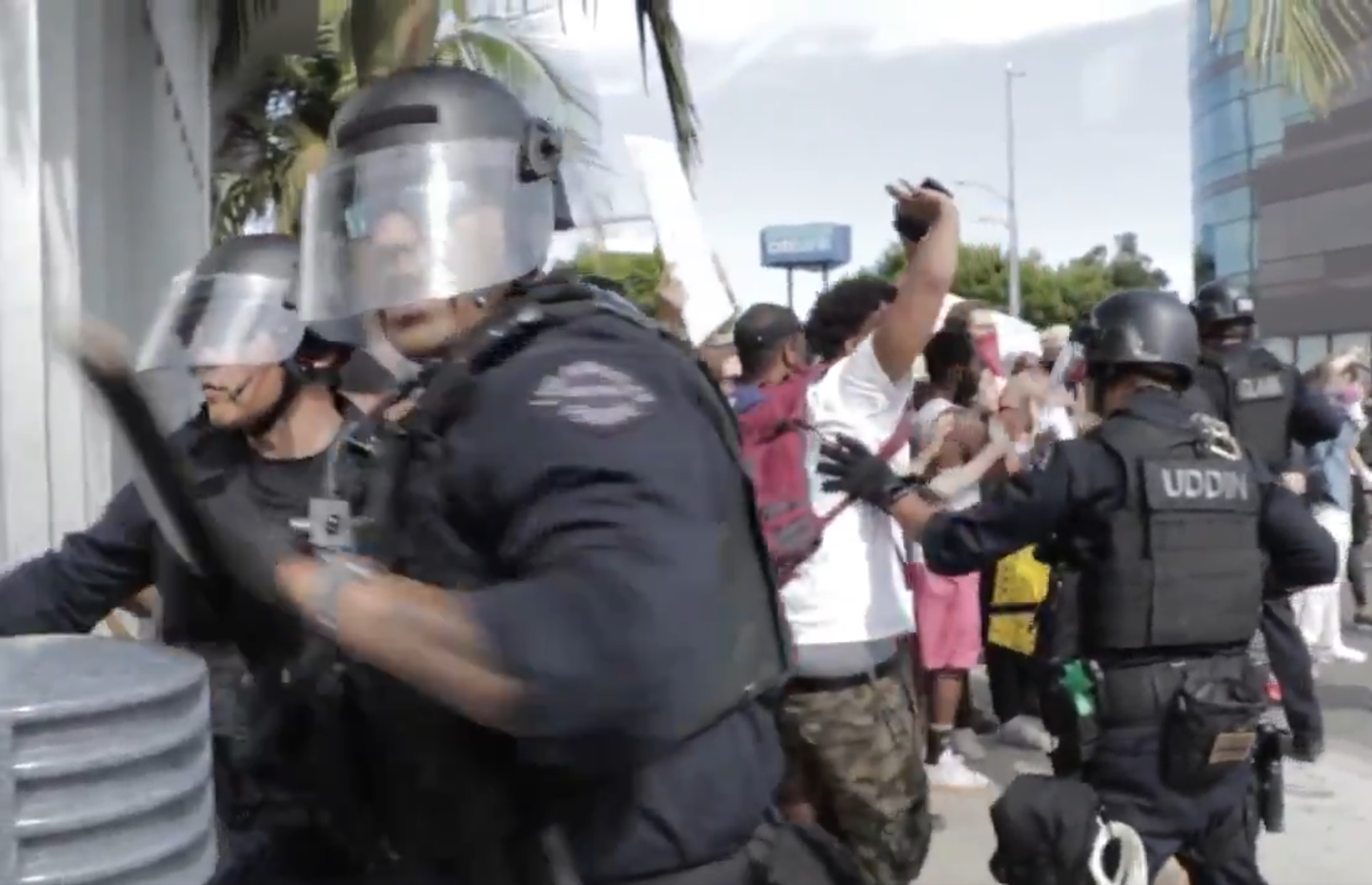 Lexis-Olivier Ray recorded this footage as he was hit in the stomach by a Los Angeles Police Department officer wielding a baton on Saturday, May 30.

Freelance multimedia journalist Lexis-Olivier Ray was struck in the stomach with a baton while covering protests in Los Angeles, California, on May 30, 2020.

Ray told the Committee to Protect Journalists that he was standing at the intersection of Fairfax Avenue and Third Street documenting the confrontation between protesters and Los Angeles Police Department officers on Saturday afternoon when an officer hit him. CPJ is a founding partner of the U.S. Press Freedom Tracker.

“Unprovoked and kind of out of nowhere, the police officer took the baton and jabbed it into my stomach, which sent me flying back a couple feet,” Ray said.

He posted a video of the encounter to his Twitter feed.

Here's a short clip of the @LAPDHQ officer jabbing me in the stomach with a baton, sending me flying back into a crowd of people. https://t.co/R3qUiBgZ5L pic.twitter.com/IIi9Yf9gOd

Ray said that prior to the attack he had identified himself as a journalist.

“I went out of my way to identify myself as a member of the press and kind of separate myself from protesters,” he said.

Ray, who had two cameras around his neck, told CPJ he was not wearing a press pass at the time, but doubted that would have helped under the circumstances. The blow “came out of nowhere. It wasn’t a situation where I was being asked to show credentials or anything.”

The pain from the injury grew throughout the day but had dissipated by the next morning, he said.

LAPD did not respond to an email requesting comment.