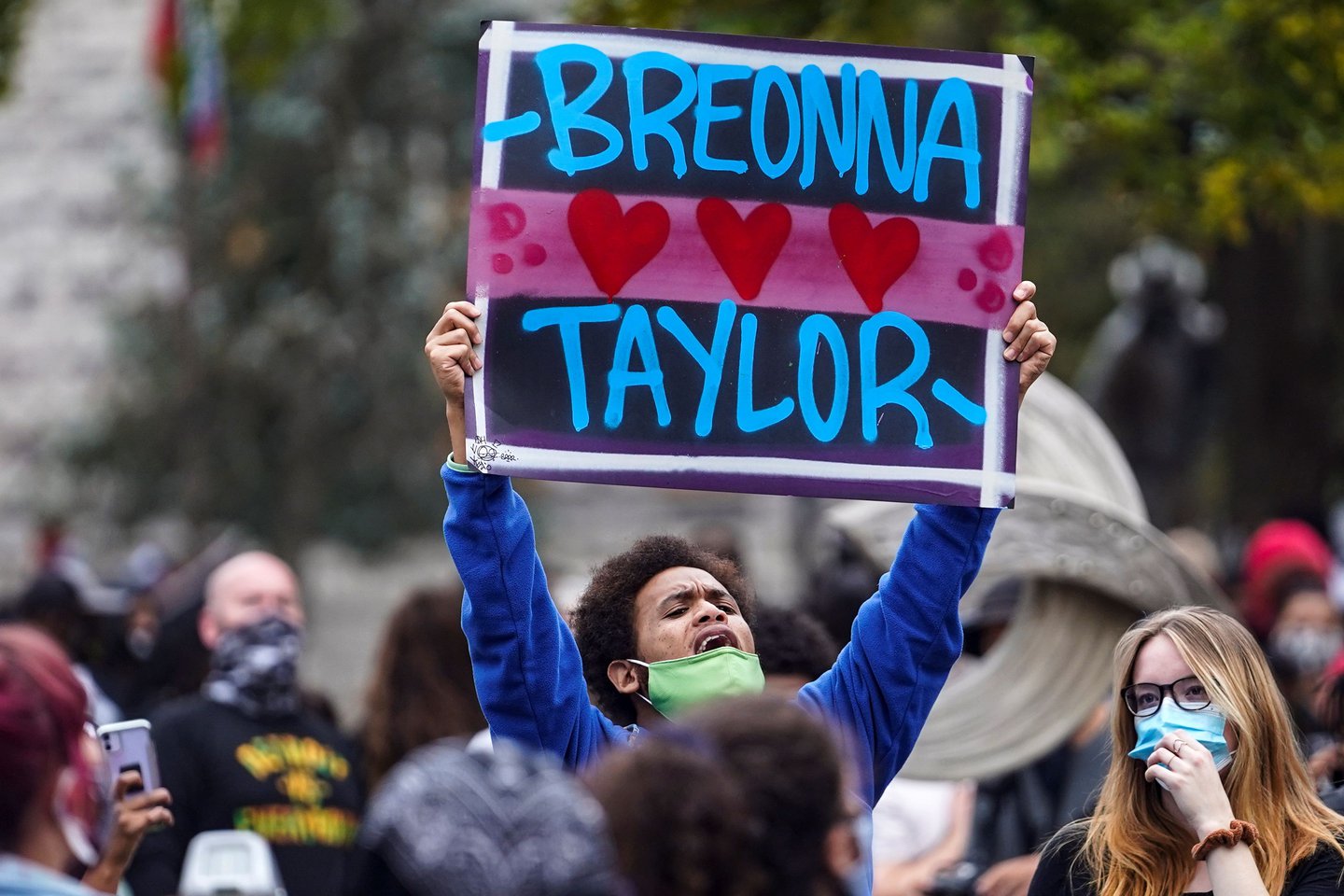 A man in Louisville, Kentucky, holds up a sign during a Sept. 23, 2020, protest for Breonna Taylor, a Black woman shot dead by local police earlier in the year.

Daily Caller reporter Jorge Ventura was arrested while covering protests and unrest in Louisville, Kentucky, on Sept. 23, 2020, and detained more than 12 hours.

Protesters marching daily for months in downtown Louisville were inflamed anew that day after a grand jury decided not to charge police officers for the shooting death of Breonna Taylor, a 26-year-old Black woman, in her home on March 13, 2020.

Ventura and Shelby Talcott, his colleague from the right-leaning news and opinion outlet, were reporting from the city center late at night when police began using a controversial crowd-control technique called kettling that restricts people from dispersing, according to an account of the arrests Talcott later published. The U.S. Press freedom Tracker has documented Talcott’s arrest here.

Video Talcott posted on Twitter shortly before the two journalists were arrested shows she told nearby police officers that they were members of the press several times.

Geoffrey Ingersoll, editor in chief of the Daily Caller, tweeted at 11:37 p.m. that he had notified the Louisville Metropolitan Police Department that the two reporters were press, and expected they would be released swiftly. A short time later he posted that he learned that they would be processed and charged.

While he was held in the police processing center, Ventura was called over to a supervising police officer who told him that Ingersoll had called, Ventura said in an interview with Fox News. He said he thought then that the two journalists would be released, but the officer briefly left, and when he returned, told him that they would be arrested and held overnight.

Ventura was released early in the afternoon on Sept. 24.

Released from jail in Louisville after being detained for +12 hours. My colleague @ShelbyTalcott is still detained at the moment, as well as journalist @livesmattershow. Thank you to everyone for the support , I am truly grateful! pic.twitter.com/E6Ooau4viQ

Ventura was charged with violating a county ordinance and failure to disperse, CNN reported.

The LMPD didn’t respond to a request for comment about why the reporters were arrested. In an email to members of the media earlier on Sept. 23, the department said journalists wouldn’t be subject to curfew or unlawful-assembly orders, according to correspondence shared on Twitter by a Louisville Courier-Journal reporter.

A court dropped the charges against both Talcott and Ventura on Oct. 20, the Daily Caller reported. 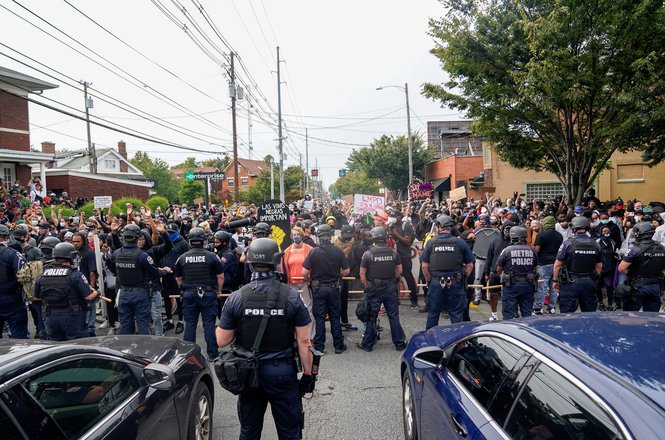 Social media reporter Ian Kennedy was arrested while covering a protest against police violence in Louisville, Kentucky, on Sept. 23, 2020.Racial-justice demonstrations, which had been occurring daily in Louisville for months, were reinvigorated when a grand jury decided not to bring charges against police officers for the shooting death of Breonna Taylor, a 26-year-old Black woman, in her home on March 13, 2020.Kennedy, who reports for his independent media outlet Concrete Reporting, streams unedited video footage of protests live to …