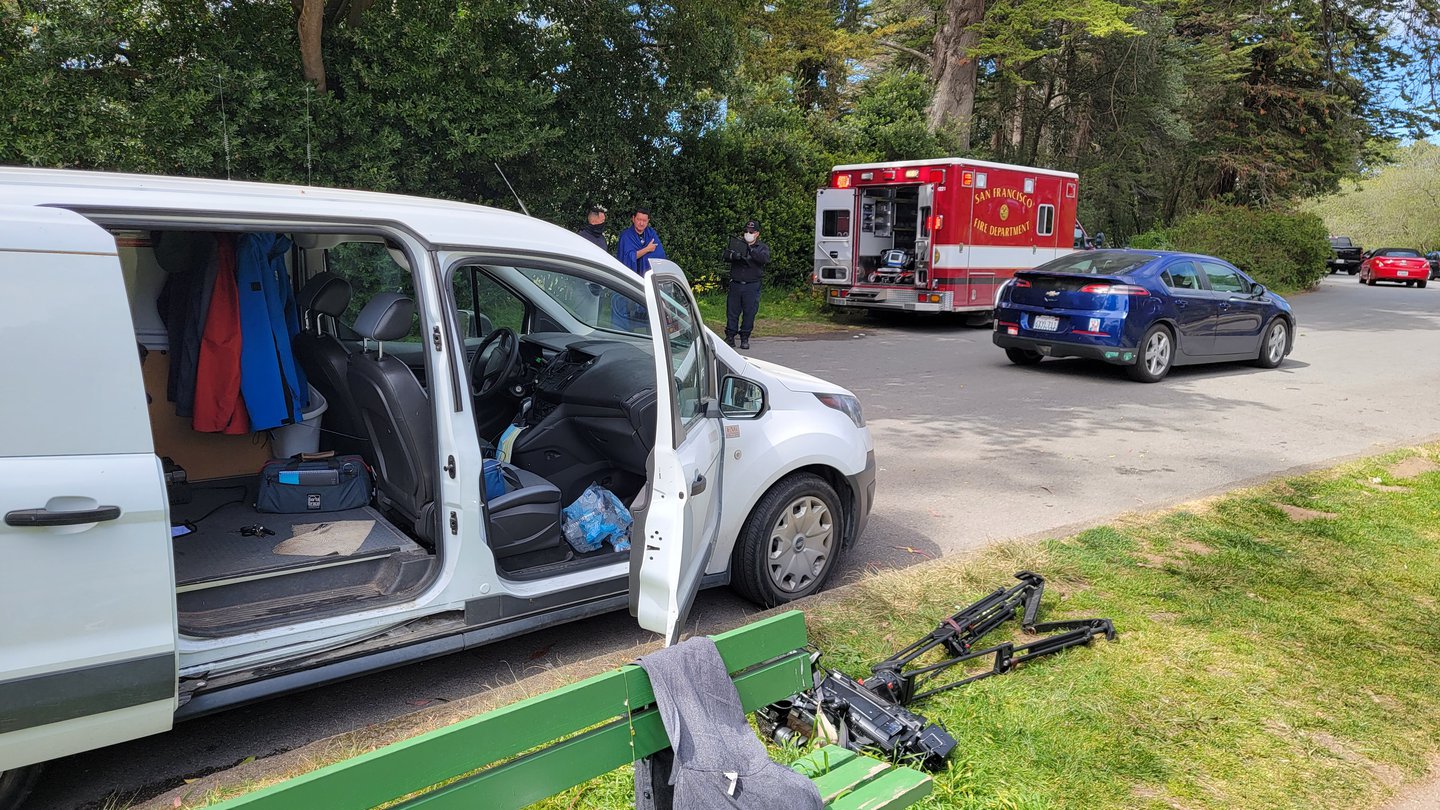 While attempting to steal the station video camera, an assailant pepper-sprayed KPIX 5 reporter Don Ford and security guard. "My guard and I were blinded for almost an hour while the paramedics flushed our eyes with saline,” he said.

Reporter Don Ford, of KPIX 5, a CBS affiliate station based in San Francisco, California, and his security guard were blinded for “almost an hour” after being sprayed with chemicals while working on a story in Golden Gate Park on April 7, 2021, the journalist told the U.S. Press Freedom Tracker.

The KPIX 5 crew had been recording a segment at around 1:20 p.m. near Stow Lake when they were approached by the suspect, who attempted to steal the crew’s camera. The assailant then sprayed Ford and his security guard with a chemical Ford believed to be pepper spray, before running away. The security guard gave chase, and the assailant dropped the camera, after being hit by his own getaway car. The suspect was then driven off by a second man in a car with Nevada plates.

Ford shared with the Tracker documentation he’d made of the incident just after it happened: “Assignment: Coyotes roaming around Stow Lake in Golden Gate Park. Beautiful sunny warm day with lots of people around. Just me and my guard when we were jumped and pepper sprayed. The attacker used a large canister style Pepper Spray, not the small kind sold in Drug Stores. We weren’t really sprayed, we were doused at close range, directly into our faces.”

He added: “Bad guy grabbed the camera. Guard pulled his weapon and we gave chase before the full force of the Pepper Spray had time to take us down. The bad guy had trouble getting the camera into the car. Camera was still attached to the Tripod. We closed in. Seeing the gun, bad boy dropped the camera, jumped into the car and sped away. Seconds later, we were totally incapacitated with the burning pain.

“SFPD and ambulance arrives and spent the next hour helping us get our sight back. Eventually, we were able to see again.

“I made it home, showered for almost another hour but the pepper is delivered in an oily base that soaks into the skin’s pores. Cops said it may take couple days to fully rid myself of the effects.”

Ford said that the assault happened on his second day back to work, after taking a two-week-long break following a separate assault in March. The Tracker has documented that incident here.

When reached for comment by the Tracker, a San Francisco Police Department spokesperson relayed the following details: “As the suspect was fleeing with the camera, he dropped the camera and entered the getaway vehicle, which fled the scene. Officers rendered aid and summoned medics to the scene, who treated the victims’ non-life-threatening injuries.”

A veteran TV reporter who has been working in the Bay Area since 1981, Ford said that during the course of his career he has chased Sandinistas, documented numerous forest fires and multiple accounts of civil unrest, and was once even rescued from a life raft in the Pacific by the U.S. Coast Guard.

“I've seen a lot,” Ford said, “but I've never seen so many attacks on TV news crews as now.”

"I'm now taking time off work to ‘process’ the attacks,” he added.

According to the SFPD, the “incident remains under active investigation and no arrests have been made.”

Don Ford, a reporter with California TV station KPIX 5, was robbed at gunpoint while reporting on a story about car break-ins around San Francisco landmark Twin Peaks on March 3, 2021.Ford had been talking to a local resident when a white luxury sedan with four men inside drove up, according to KPIX. “Three guys jumped out, one had a gun, put it up to my face and said, ‘We’re taking the camera,’” Ford told the station in a later …