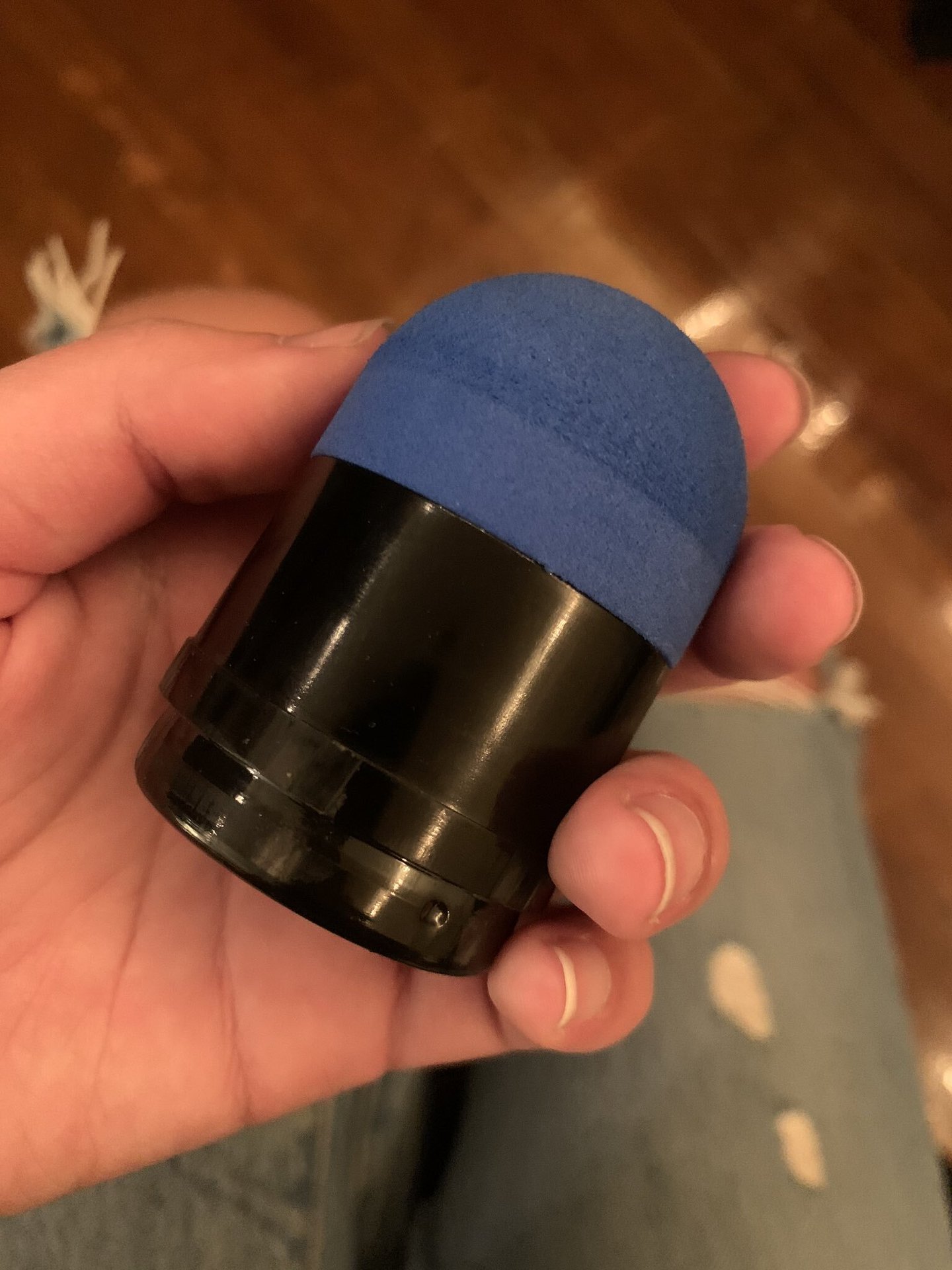 Student journalist Joe Rull picked up this foam-tipped munition shortly after he and colleagues from the New Mexico Daily Lobo were fired upon by law enforcement in Albuquerque, New Mexico.

NM student journalists fired upon with foam rounds, one struck by ricochet

Andrew Gunn, a journalist for the student-run newspaper at the University of New Mexico, was hit by a ricochet foam-tipped munition when law enforcement officers fired into a small protest that Gunn and his colleagues were covering in Albuquerque, New Mexico, on May 31, 2020.

Gunn, a senior reporter and copy editor for the New Mexico Daily Lobo, told the U.S. Press Freedom Tracker that he arrived in downtown Albuquerque at 1 a.m to document the protests, joining a group of colleagues.

Approximately 30 minutes later, Gunn said he was standing with photo editor Sharon Chischilly and reporter and photographer Liam DeBonis reporting on the protests when officers fired tear without warning.

Gunn said that all three journalists were clearly identified as media, with DeBonis wearing a helmet marked with the word “PRESS.”

Gunn continued reporting via livestream on Twitter. He said that shortly after he turned off the livestream just after 2 a.m., law enforcement fired foam rounds at protesters, and one ricocheted off the street and struck him in the back.

Gunn said that two other colleagues, data editor Joe Rull and senior reporter Bella Davis, were standing with him also wearing press identification when the officers opened fire; Gunn said no one was injured.

“Everyone is safe and unharmed, and things are quieting down, but I was quite shaken by the encounter along with my colleagues,” said Gunn, who provided a photograph of the munition to the Tracker.

Gunn said that these incidents followed similar ones earlier in the evening. Before Gunn arrived on the scene he said colleagues told him they were fired upon with tear gas and foam rounds.

had to run back because they shot something toward the crowd pic.twitter.com/3BUJBSs5OY

Gunn said he saw officers with the Albuquerque Police Department, the Bernalillo County Sheriff’s Department and the New Mexico State Police on patrol; he is not certain to which agency the officers firing the foam rounds or the tear gas belonged.

The Tracker contacted all three agencies but did not receive immediate responses from APD or the Sheriff’s Department.

The New Mexico State Police deferred comment to the Albuquerque Police Department, which it said was the lead agency in charge of managing the protests.