Andrew Ringle, the executive editor of the Commonwealth Times, the independent student newspaper of Virginia Commonwealth University, was detained by police while covering a protest against police violence in Richmond, Virginia, on July 26, 2020.

Ringle told the U.S. Press Freedom Tracker in a phone interview that he and his news editor, Eduardo Acevedo, had heard about the protest in Richmond’s Monroe Park after seeing a flyer online. Richmond Police Chief Gerald Smith would later describe the flyer as using the “same tone, same intimidation, same wanting to produce fear into the city of Richmond, and calling for a repeat of Saturday night,” which had be notably violent.

Ringle said that, while several hundred showed up on July 25, very few people were in attendance the following night, and as such, he and Acevedo decided to leave the area, anticipating that the protest would peter out within half an hour. But just past 10 p.m., as they were walking out of the park, which had technically been closed as of sundown, the police showed up. The Daily Progress, a paper based in Charlottesville, reported the police presence at the park was 100 officers, responding to a protest of 50 people.

Ringle told the Tracker that the officers organized into a line and proceeded to arrest every individual in the park related to the protests. Another reporter at the park that night, NBC12 reporter Olivia Ugino, tweeted that she had been told by the police to move or get arrested.

Ringle said that he and Acevedo had made it to the sidewalk circling the park when they heard, “Get ’em!” According to Ringle, police then rushed toward the two journalists. Acevedo sprinted across the street, while Ringle was put into handcuffs.

Acevedo started to livestream the detainment, in which he can be heard screaming at officers that Ringle was a member of the press.

Ringle explained to the Tracker that the first words out of his mouth once he was in handcuffs were “I’m not resisting,” but the officers responded by shouting, “Stop resisting!” Ringle said he understood this as an attempt to escalate the situation. The arresting officer, Ringle said, made Ringle say his name back to him because he suggested Ringle “was getting too excited or acting crazy.”

Ringle tweeted afterward that officers first checked his Capital News Service-issued press badge, but did not initially accept it as enough proof that he was not a protester. Officers then searched his wallet for a driver’s license, which he did not have.

Officers checked my state press ID, then searched my wallet for a drivers license (which I did not have) and finally demanded I say my SSN (twice). I told them I was there to work, not to protest, and that I was trying to leave. They said city parks are closed after dark.

“They asked for a lot of personal information that I was not comfortable giving, but then they mentioned that there were paddy wagons on the way and that they were going to start taking people to the jail,” Ringle told the Tracker.

Police Chief Smith referenced Ringle’s detainment in the next day’s press conference, stating, “In tense situations like this … we have to look at individuals who claim to be members of the press, and we have to look at them very carefully … For those who claim to be the media, you must abide by the laws just as well. If you are in a location that you are not supposed to be in, you can be held accountable for that as well.” Smith also stated that he thought that the protesters knew they were trespassing, because they started moving out of the park when the police came.

According to the Daily Progress, six people were charged that night with trespassing. The Richmond Bail Fund counted 10 arrests in the park. The Richmond Police Department did not respond to the Tracker’s requests for comment on Ringle’s detainment.

The U.S. Press Freedom Tracker is documenting several hundred incidents of journalists being assaulted, arrested, struck by crowd control ammunition or tear gas or having their equipment damaged while covering Black Lives Matter protests across the country. Find these incidents here.

Student journalist Emily Holshouser was one of at least four journalists detained while covering election-related protests in support of the Black Lives Matter movement in Los Angeles, California, on Nov. 4, 2020.Holshouser, who writes for California State University Northridge’s student publication The Daily Sundial, tweeted that she was covering a protest scheduled to begin at 6 p.m. outside City Hall in downtown LA.When the event dispersed at 6:30 p.m., Holshouser followed a small group of remaining demonstrators as they walked … 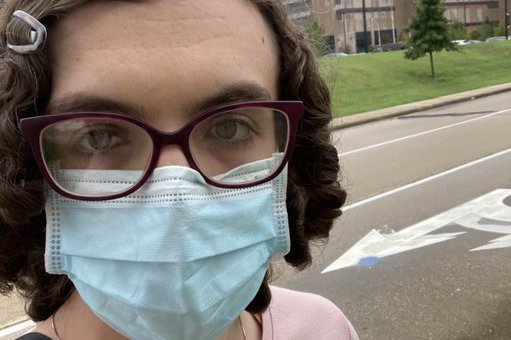 Independent reporter Lynn Murphy, who said she reports on social media about protests, was arrested while covering a demonstration in …
More related incidents