An overview of selected categories so far this year. These numbers continue to change rapidly.

Each month, the newsletter opens with a snapshot of categories from our home page. This is what you saw on the first day of June: 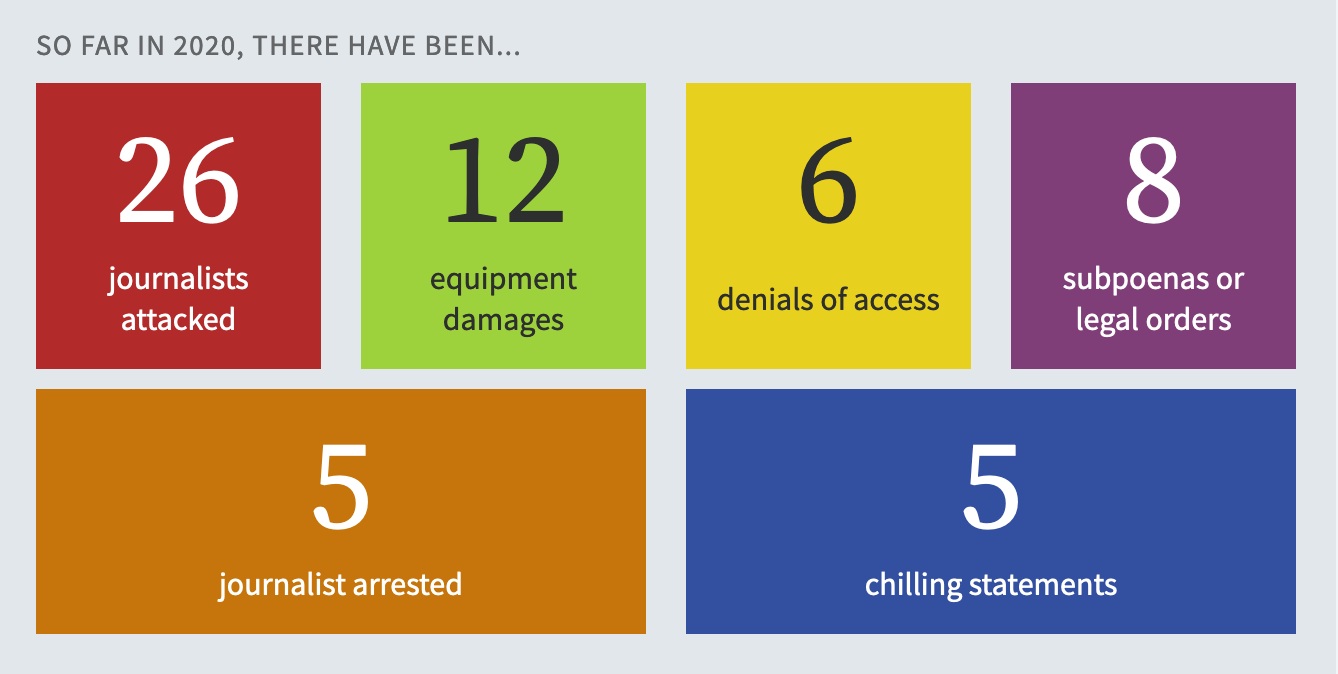 And this is what our home page looked like on the last day of June:

A lot has changed in one month. Here’s what the Tracker is doing about it:

As Black Lives Matter protests began in late May — spurred by the death of George Floyd while in police custody in Minneapolis, Minnesota — reports of aggressions against journalists — mostly assaults and arrests — bagan to pour into the Tracker.

We took the rare step of releasing live via Twitter raw numbers and accounts of what was happening.

In the past 30 days, more than 470 aggressions have been reported to us from the public, our partners and journalists themselves.

Latest reported aggressions against the press as of June 29

We’ve spent the last month working furiously. The importance of documenting these — and doing it as quickly as we can — is not lost: The conversations and reckoning that lie ahead of us as a country are taking shape right now.

To do all of this, and still meet our editorial process of independently verifying each report and meticulously cataloguing it, has been a small feat and a story of collaboration. Working in close partnership with the Committee to Protect Journalists, a founding member of the Tracker, we’ve scaled up researchers, reporters and editors. We’ve brought on student journalists and veteran newsies. We’ve talked about the Tracker and state of press freedom to international media, national outlets and local call-in radio shows.

No matter where we’re talking about it, the message is the same: What’s happened in 70 cities in more than 30 states across the nation in one month is unlike anything we’ve seen in modern history and surpasses the Tracker’s entire 3-year history of documentation. 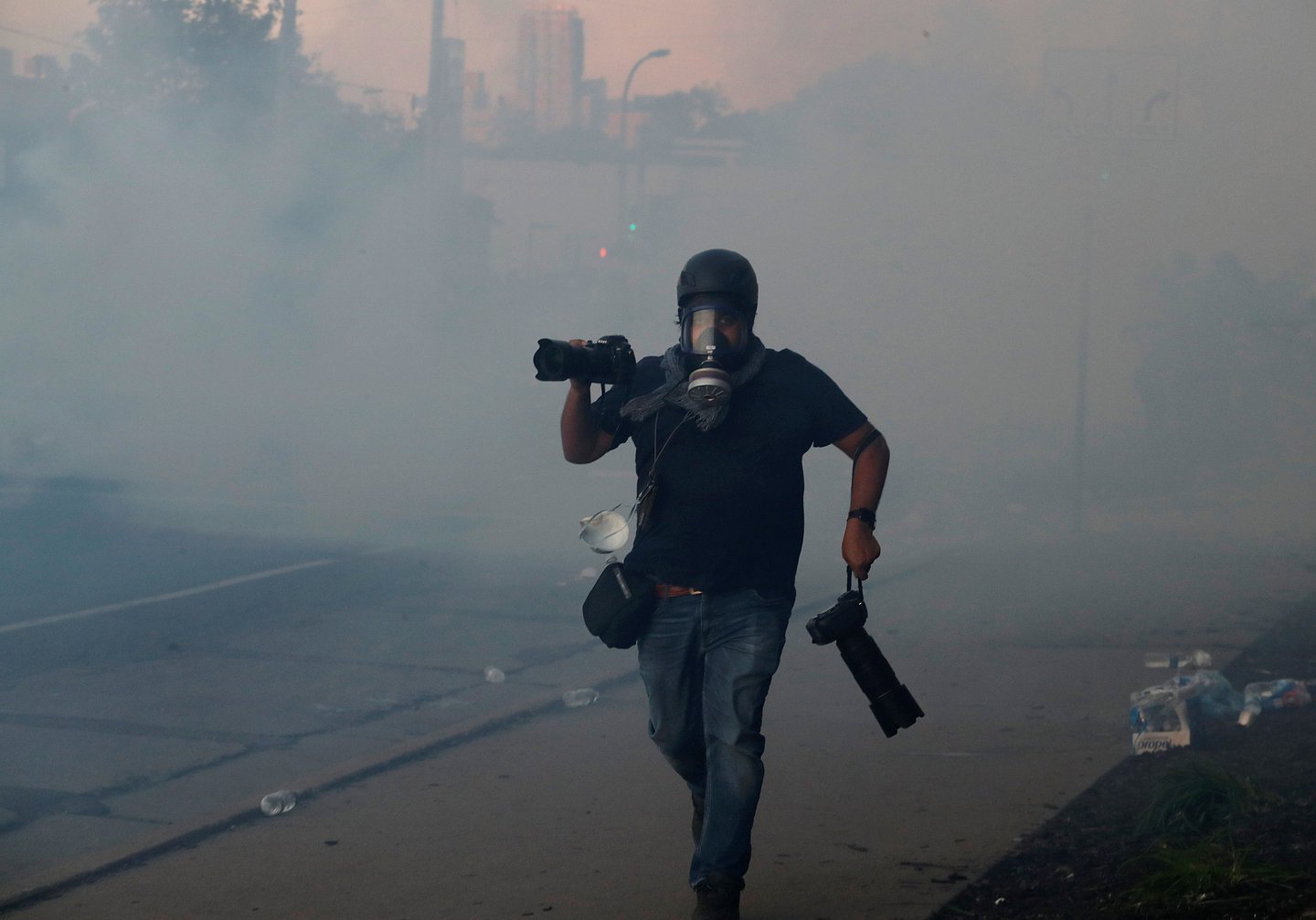 As we’ve reported these accounts, we’ve heard first-hand from journalists the most harrowing of tales. At least two reporters have suffered permanent eye injuries. Arrests of journalists while they scream, “I’m press! I’m press!” In several cases, journalists have already filed lawsuits against cities and police departments for excessive use of force.

Find every single one of these stories as they are published on this special page, Press Freedom in Crisis. 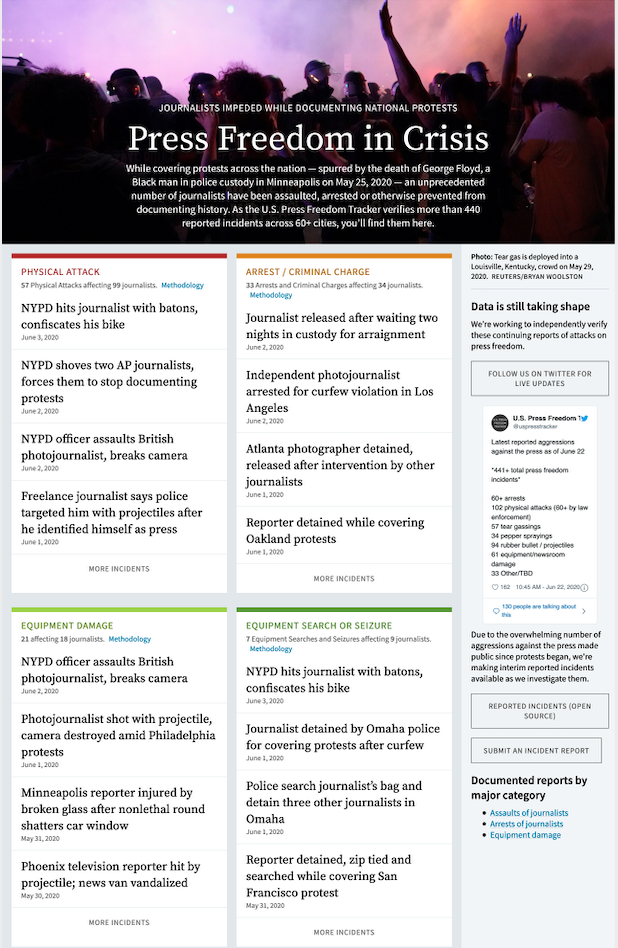 In addition to protest-related aggressions, the Tracker continues its ‘regular’ work of documenting threats to press freedom, including subpoenas and non-protest assaults. We also continuously update our database as incidents evolve. Some recent ones:

Finally, I’d like to extend a warm welcome to our newest partners, International Women’s Media Fund and National Writers Union. The work we do here is not possible without the support of our partner organizations and newsletter readers like you. Find all Tracker partners here.

Consider a donation to the Tracker to make our work possible today and in the years to come.