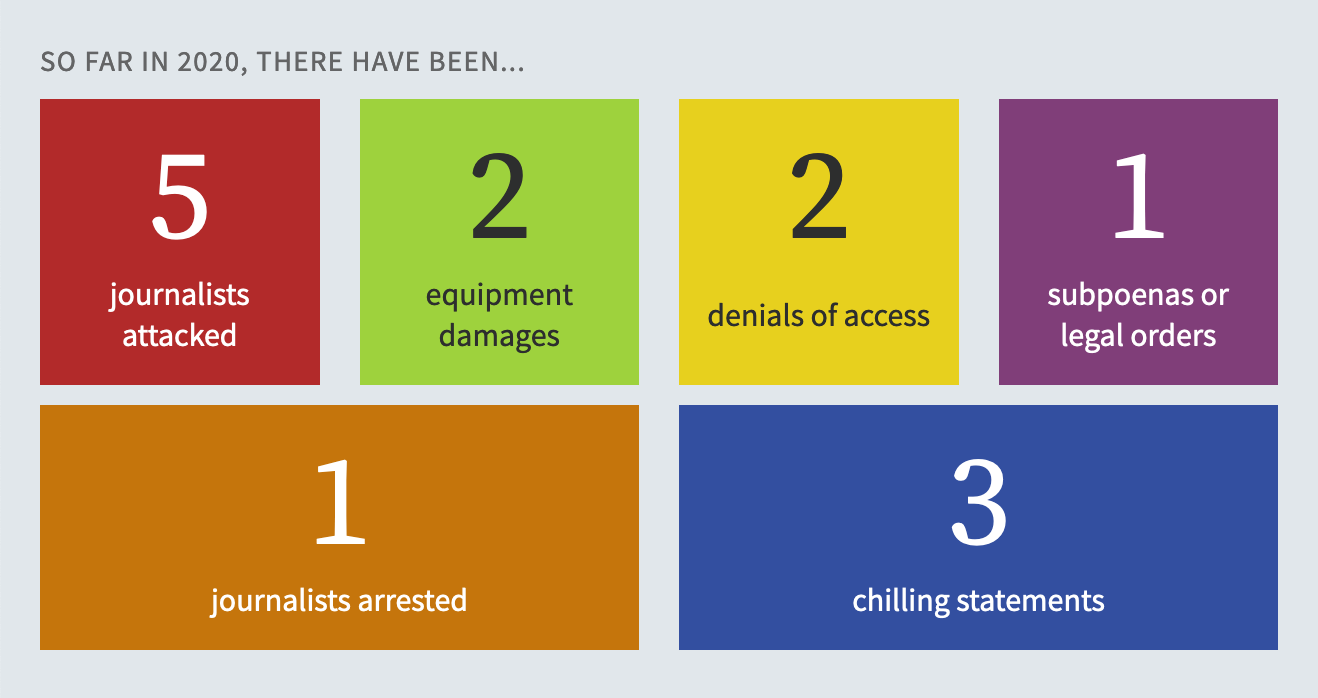 Welcome back to your newsletter around press freedom violations in the United States. Sign up here to receive this monthly update directly in your inbox.

So far this year, we’ve recorded 5 assaults of journalists — 2 of which included damage to news equipment — 1 arrest of a journalist, 1 subpoena and multiple chilling statements and denials of access incidents. Find these, plus blogs with analysis and more, through our home page.

Incidents in the Big Apple

I strive to avoid an East Coast bias, but this month has two New York City-based incidents worth highlighting.

On Feb. 11, New York police officers arrested photojournalist Amr Alfiky for taking video of another man being arrested in Manhattan. Alfiky, photo editor at ABC News and a contributor to Reuters and The New York Times, was taken into custody, held for several hours and charged with disorderly conduct. His press pass — issued by the New York Police Department — was returned to him several days later. Alfiky’s lawyer told the Tracker that he’s working to have the charge dismissed before Alfiky’s summons at the end of March. We’re following the case.

Read in our Arrest category:

Separately, as part of an internal leak investigation, NYPD had subpoenaed Twitter in December for the contact information, IP and internet connection history of New York Post police bureau chief Tina Moore, who had tweeted photos of a crime scene.

Twitter notified Moore this February of the subpoena and told the Tracker that it did not comply with the data-oriented request. This subpoena caused a stir as it claimed legal authority under a provision of the Patriot Act, a post-9/11 federal law that expanded law enforcement authorities.

NY Mayor Bill de Blasio called the subpoena “a mistake,” the Committee to Protect Journalists called using the Patriot Act a “gross overstep,” and the NY Post called the department’s actions “antithetical to a free press.”

The NYPD withdrew the subpoena.

Read in our Subpoena category:

While covering late-January protests against the Puerto Rican government, two journalists were assaulted while attempting to stop damage to their news van.

According to a NotiCentro WAPA-TV editorial following the event, protesters in Old San Juan were damaging the news vehicle doors and mirrors and spray painting the vehicle. When they attempted to set it on fire, NotiCentro reporter Kefrén Velázquez interceded. That’s when both he and photojournalist Luis Ojeda were attacked with stones and wood. 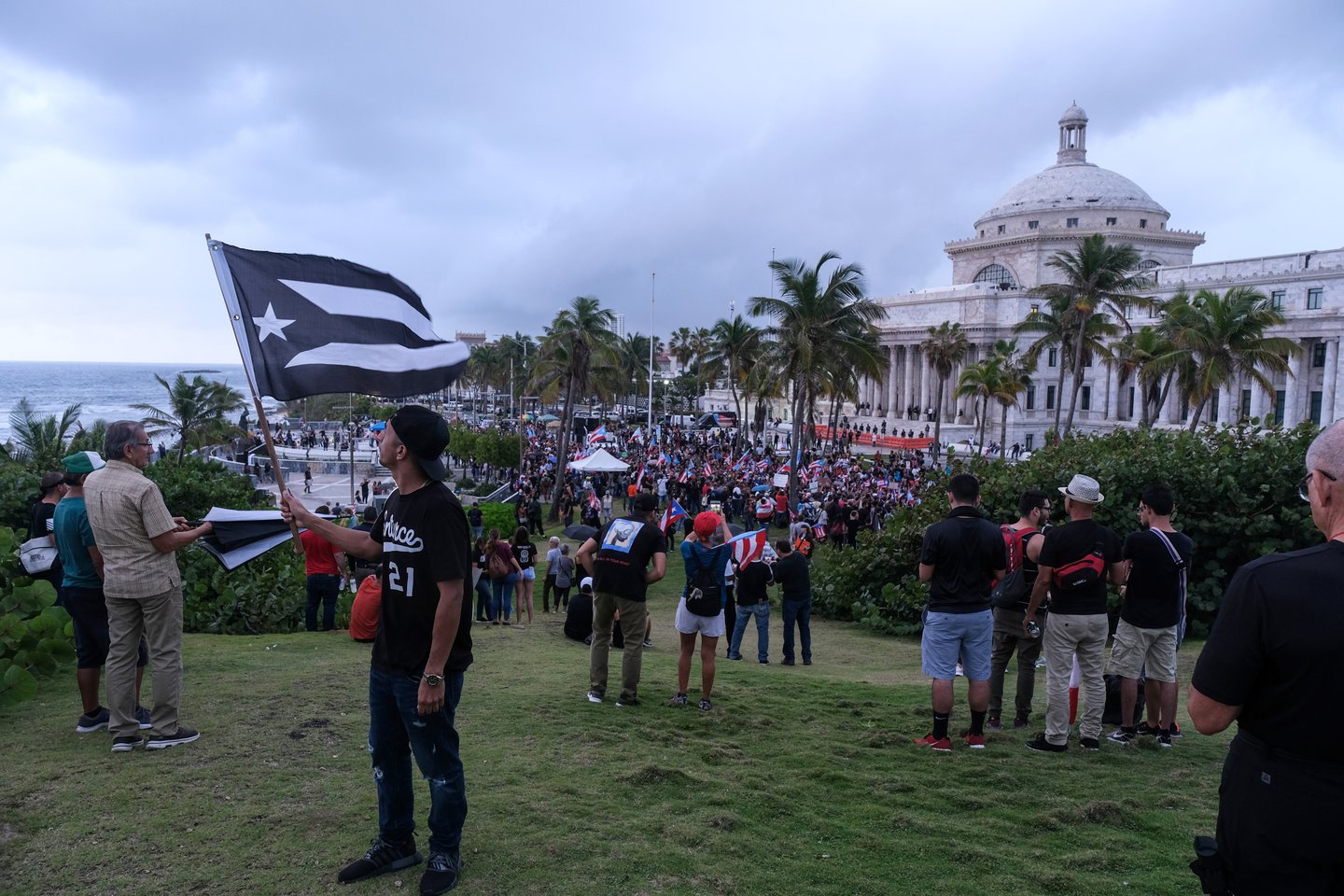 Protesters gather in front of the capitol building on Jan. 23, 2020, in San Juan, Puerto Rico, after a warehouse full of unused Hurricane Maria relief aid was discovered.

Read in our Physical Attack category:

And in our Equipment Damage category:

Including these two attacks, the Tracker has documented assaults of 5 journalists so far in 2020.

In 2019, the Tracker captured 38 total assaults, which we classify as “journalists who face physical violence and injury, either as the result of a targeted attack by a public or private individual or in the course of their work.” Nine of these were at protests. We documented 43 assaults in 2018 and 49 assaults in 2017. Use our home page search function and tags like “protest” to get specific numbers from each category.

As always, submit tips and updates using our submission form and sign up to receive this newsletter in your inbox.