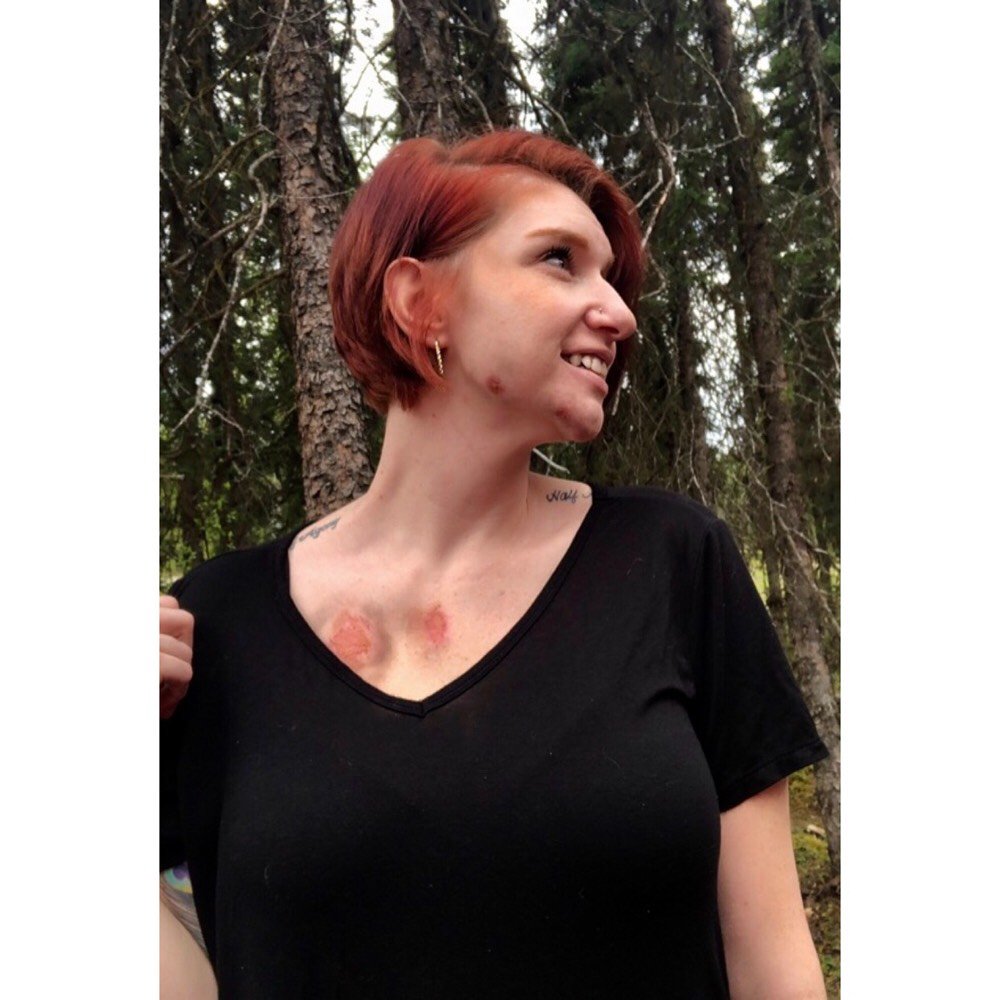 Jennifer Williams, News Director for Alaska-based KSRM Radio Groups, shows the lacerations and bruising she received when an object was thrown at her while she was reporting.

KSRM Radio Groups News Director Jennifer Williams was assaulted while covering a Planned Parenthood rally on May 21, 2019, in Soldotna, Alaska.

She told Craig Medred News that she saw a car speed past and someone tell her she was “going to hell.” Williams did not initially realize that she had seriously been hit, and she and the person she was interviewing moved closer to the large group of protesters.

When Williams got into her truck to leave later, she realized that she was bleeding and the hit was more serious than she thought initially.

Later that evening, Williams tweeted that she had been attacked.

While covering the #StopTheBan rally in Soldotna I was struck by unknown items out of a moving vehicle while being told I was going to hell. Battle wounds of a journalist. @Ksrm pic.twitter.com/jqixlwkFxs

Williams told the U.S. Press Freedom Tracker that she does not know who attacked her, but she has filed “a police report with the Soldotna Police Department in hopes of getting some information on who made the attack and hopefully prevent it from happening again.”

Craig Medred News reported that Williams had received an outpouring of support from anti-abortion and pro-choice advocates since the attack.

“Both rallies, the pro- and the anti- have been great,” Williams said. “We live in a small community where people are generally pretty tolerant.”

On May 23, Williams tweeted a video thanking her supporters and emphasizing that she hopes the attack will not deter journalists from covering the news, or activists from voicing their opinions.

Just an update and a huge thank you for all of the kind words and support ❤️ pic.twitter.com/sVCpWrUBHB 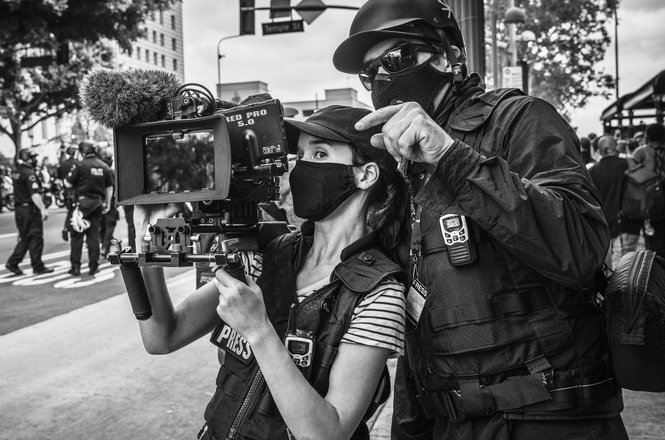 Documentarian struck over the head with baton by man at L.A. demonstration

Documentary writer, director and producer Rocky Romano was struck over the head with a baton while he was documenting protests …

Independent video journalist Mason Lake said a Portland police officer shoved him with a baton and damaged his on-camera microphone while he was covering a protest in Portland, Oregon, on June 25, 2021.According to The Oregonian, protesters gathered near the Oregon Convention Center after a Portland police officer shot and killed a man outside a Motel 6. Some demonstrators shouted for officers to quit their jobs, while officers stood facing the protesters with shields and batons. The Portland Police Bureau …

Independent journalist James Croxton, managing editor of Oregon-based website DoubleSidedMedia, said his life was threatened as he covered an anti-vaccine rally in Springfield, Oregon, on June 23, 2021.He said he was in the plaza in front of Springfield Library around 4 p.m. to cover the event, which was also advertised as a protest against mask-wearing to combat COVID-19, and against critical race theory. Croxton said there were around 40 protesters at the rally.“Many of them held signs about keeping critical …

Independent photojournalist Gabe Quinones said he was assaulted by a New York City Police Department officer while covering demonstrations in Washington Square Park on June 5, 2021.The park had been the site of both protests and street parties; Gothamist reported that for several months the NYPD had attempted to enforce the park’s largely ignored midnight curfew.
More related incidents