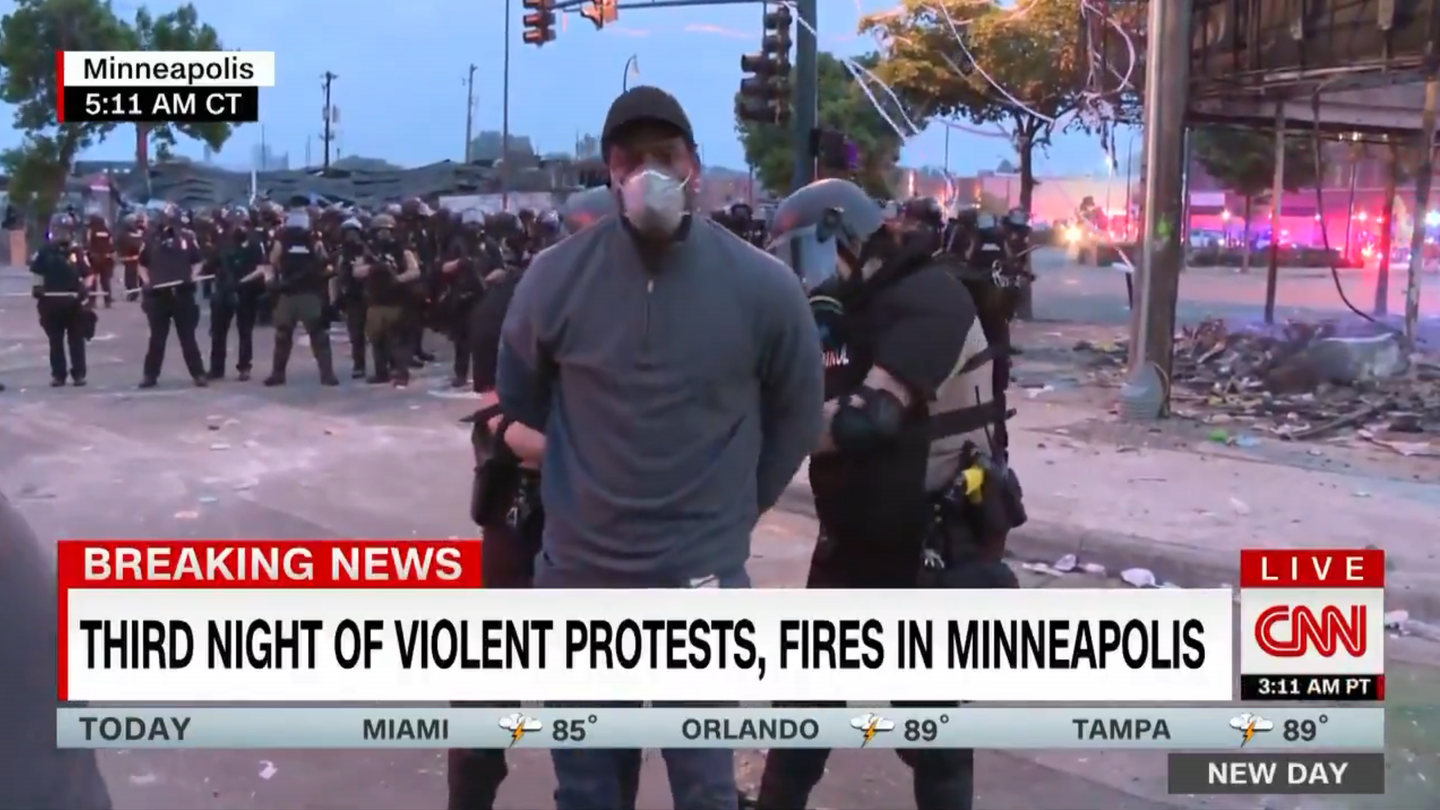 CNN correspondent Omar Jimenez is arrested while reporting live from protests in Minneapolis, Minnesota. The mayor later apologized for the arrest of Jimenez and two other members of the CNN crew.

CNN correspondent Omar Jimenez was arrested with two other members of his CNN news crew while covering protests in Minneapolis, Minnesota, in the early morning of May 29, 2020.

Protests in Minneapolis and across the nation were sparked by a video showing a police officer kneeling on the neck of George Floyd, a black man, during an arrest on May 25. Floyd was later pronounced dead at a hospital. Thousands gathered around the convenience store where Floyd had been detained and at the police department’s Third Precinct building in the days that followed.

At least five journalists were hit with crowd control ammunition while covering the Minneapolis protests on May 26 and May 27 as police officers launched tear gas, stun grenades and less lethal ammunition into the crowd. The U.S. Press Freedom Tracker is documenting several hundred incidents of journalists assaulted, arrested, struck by crowd control ammunition or tear gas or had their equipment damaged while covering these protests across the country. Find these incidents here.

Just after 5 a.m. on May 29, CNN correspondent Omar Jimenez was reporting live a few blocks from the Third Precinct, which had been set on fire by protesters the night before, CNN reported.

In the live footage, Minnesota State Patrol troopers can be seen approaching the news crew and asking them to move.

Jimenez calmly shows the officers his CNN identification and is heard telling the troopers, “We can move back to where you’d like. We are live on the air at the moment.”

Soon after, two officers in riot gear approached Jimenez and told him he was under arrest. The officers did not appear to respond to the reporter’s questions about why he was being taken into custody.

CNN’s camera continued to film as Jimenez was cuffed and led away from his crew. Shortly after, other officers detained photojournalist Leonel Mendez and producer Bill Kirkos as well. The crew’s camera — which was still rolling — was also seized by the troopers.

Soon after the arrests, CNN posted a statement on Twitter condemning the arrests as a violation of the journalists’ First Amendment Rights and demanding that the news crew be released.

A CNN reporter & his production team were arrested this morning in Minneapolis for doing their jobs, despite identifying themselves - a clear violation of their First Amendment rights. The authorities in Minnesota, incl. the Governor, must release the 3 CNN employees immediately.

The three journalists were released from the Hennepin County Public Safety facility in downtown Minneapolis at around 6:40 a.m., CNN reported.

In an on-air recounting of events after his release, Jimenez said, “As far as the people who were leading me away — there was no animosity there, they weren’t violent with me. We were having a conversation about how crazy this week has been for every part of the city.”

The local chapters of the Society of Professional Journalists and the National Association of Black Journalists released a joint statement condemning the arrests.

The statement reads, in part: “Police, State Patrol and other law enforcement officers should be well aware of the importance of the media whose job it is to document and report on breaking news for the benefit of the general public. We implore the responding parties to alert their officers on the rights of the press and the necessity of their presence as they continue to report on the current unrest.”

Freedom of the Press Foundation, the Committee to Protect Journalists and other press advocacy groups also released statements condemning the arrests.

Minnesota Governor Tim Walz apologized for the arrests during a press conference a few hours after the journalists were released, stating that it should not have happened.

“This one is on me and I own it,” Walz said. “I am a teacher by trade and I have spent my time as governor highlighting the need to be as transparent as possible and to have the media here: I failed you last night in that.”

Walz added that ensuring that there is a safe place for journalists to report during such incidents is vital, and that the arrest of journalists can increase fear in affected communities.

“We will continue to strive to make sure that that accessibility is maintained,” Walz added. “The protection and security and safety of the journalists covering this is a top priority, not because it’s a nice thing to do, because it’s a key component of how we fix this.”

Neither CNN nor the Minnesota State Patrol responded to multiple emailed requests for comment about the incident.

This incident was updated on July 22, 2020, to separate each crew member's arrest into its own accounting. Find all arrests here. 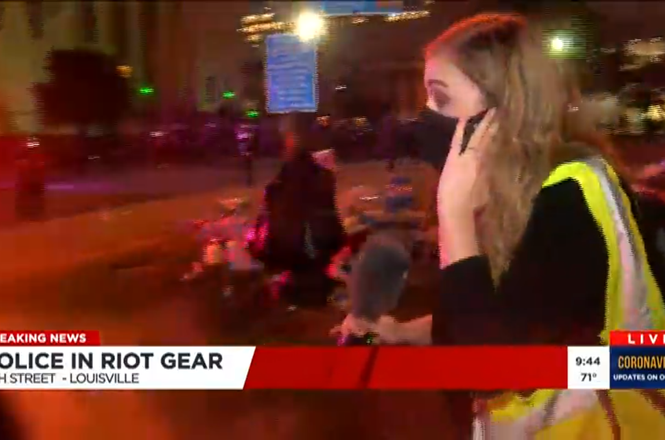 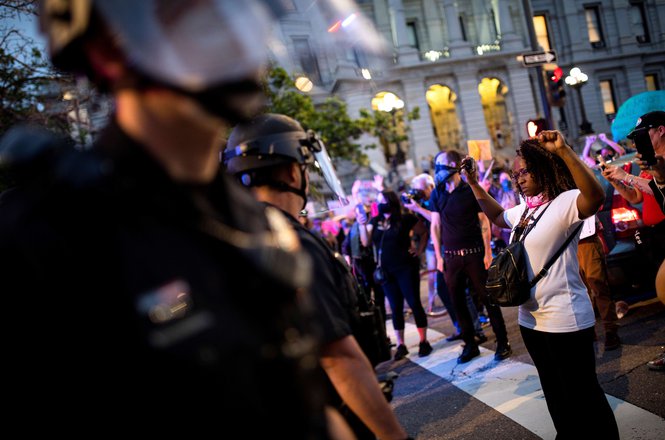 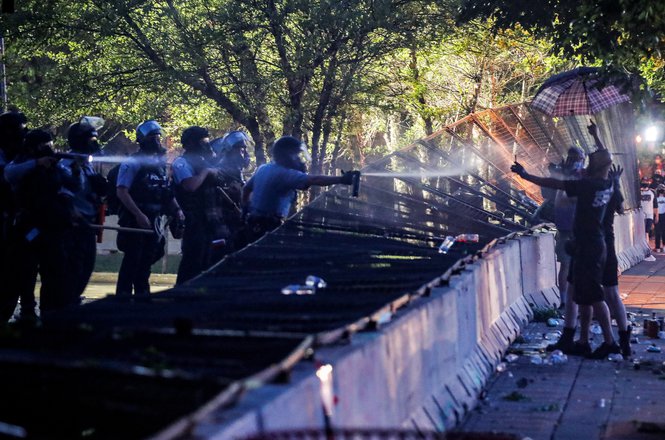 Two journalists were shot with crowd control ammunition, or less lethal rounds fired by police, at different times of the … 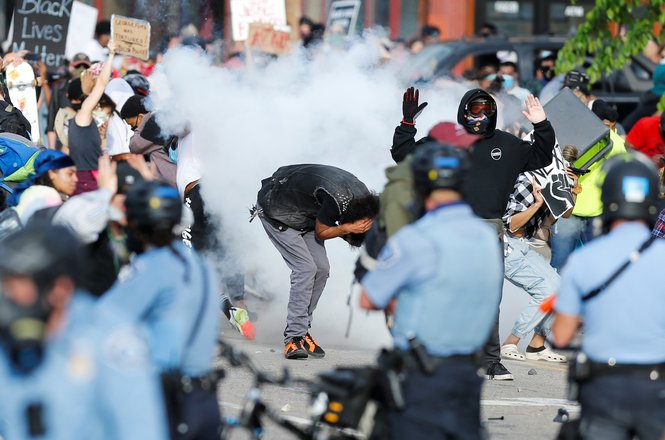 Two journalists were hit with projectiles on May 26, 2020, while covering a protest in Minneapolis, Minnesota, over the death …
More related incidents