Independent journalist James Stout said he was shot with pepper balls by police while covering a protest in San Diego, California, on Jan. 9, 2021.

Demonstrators gathered in the city’s Pacific Beach neighborhood for a rally in support of President Donald Trump, and counter-protesters massed nearby in opposition to Trump, KPBS reported. At around 2:30 p.m., after bottles, rocks and eggs were thrown at officers, the San Diego Police Department declared an unlawful assembly, according to the report.

Stout told the U.S. Press Freedom Tracker he was covering the protest for Left Coast Right Watch, which describes itself as a Bay Area (CA) site “dedicated to covering politics and extremism.”

Stout said he was near other members of the press when police started to use pepper spray. He said he then felt one pepper ball hit him. He said he turned around and saw a SWAT officer pointing the weapon at him.

The officer fired multiple times, Stout said; he said he was hit four or five times, mostly in the thighs and groin. He said he experienced some bruising from the projectiles, but did not seek medical assistance.

In a photo shared on Instagram by the National Lawyers Guild of San Diego, Stout, who is on the left, can be seen with white chalky marks on his jeans near his groin.

Stout told the Tracker he believed he was targeted because he was a journalist; he was wearing a vest that clearly marked him as “PRESS” and was also carrying a camera.

A spokesperson for the San Diego Police Department told the Tracker in an email that the department is aware of Stout’s allegation, and declined to comment.

Photojournalist struck with rubber bullet during protest clashes in LA 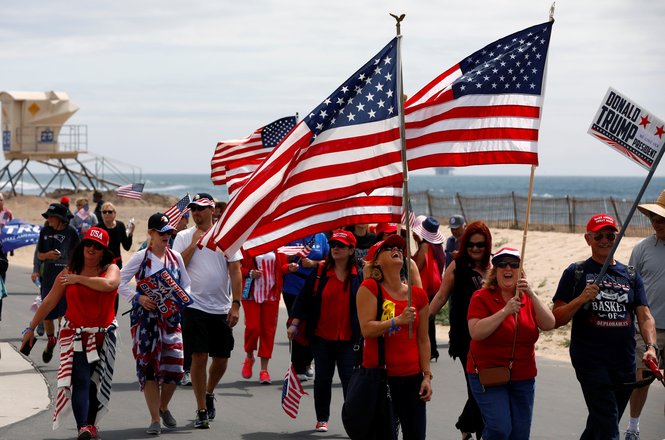 Brian Feinzimer a photographer for OC Weekly, was assaulted alongside OC Weekly photographer Julie Leopo and intern Frank Tristan on … 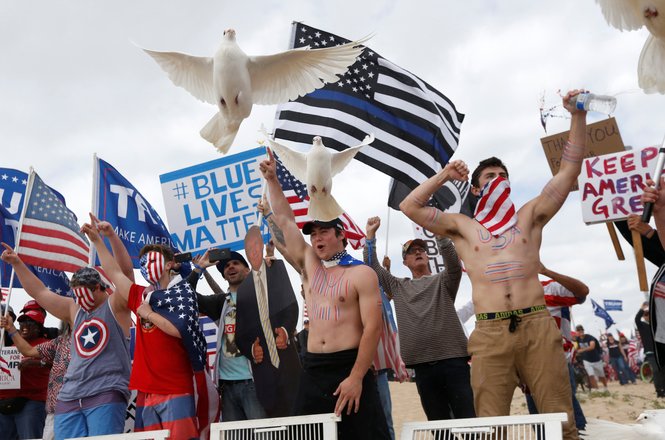