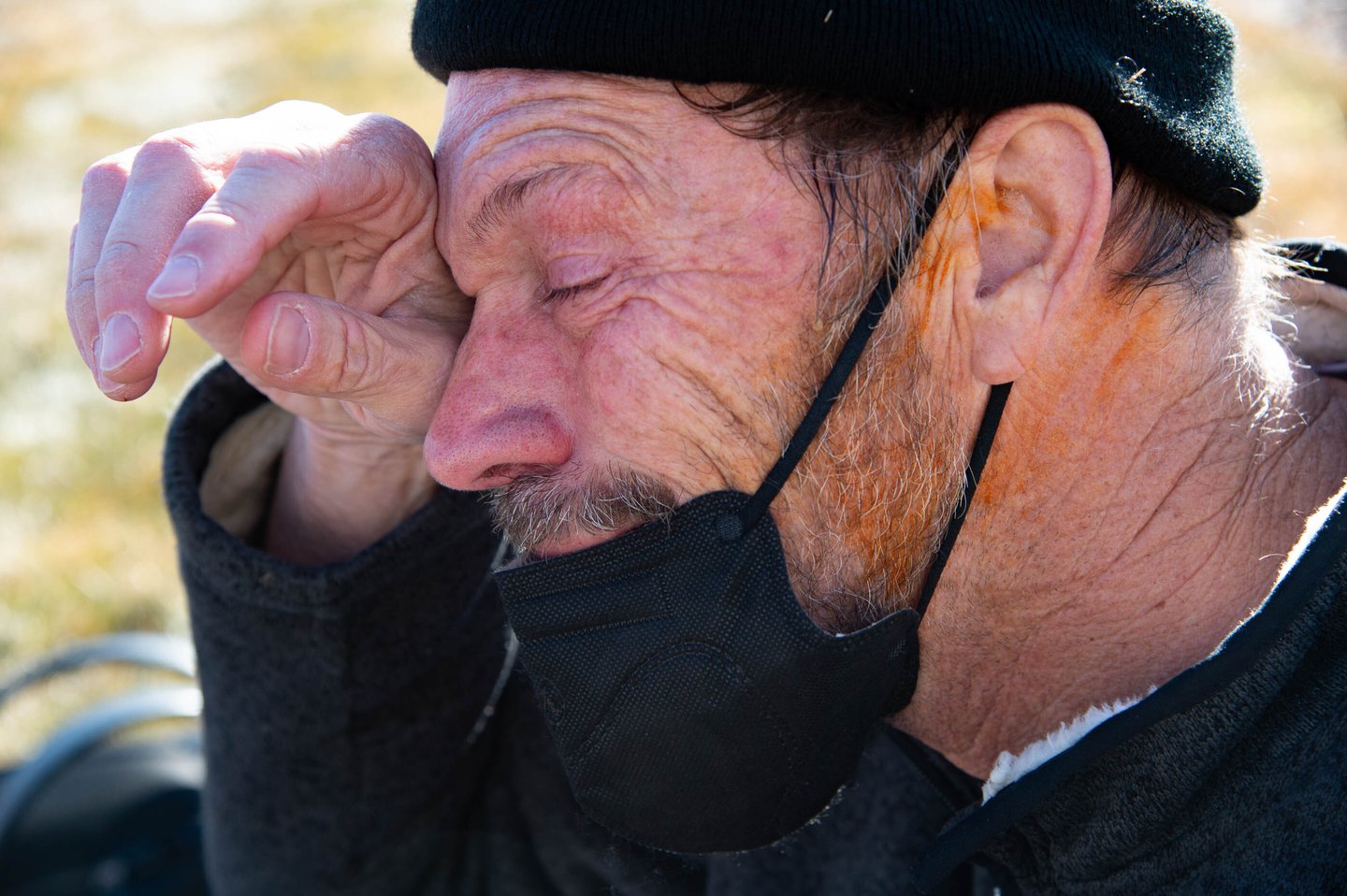 Salt Lake Tribune photojournalist Rick Egan was sprayed in the face with a chemical irritant by a demonstrator upset that he was documenting a protest at the Utah state Capitol in Salt Lake City on Jan. 6, 2021.

Egan told the U.S. Press Freedom Tracker he was documenting what was a largely peaceful demonstration organized by supporters of President Donald Trump who carried signs about unfounded election allegations. The Tribune reported there were some members of extremist or militia-type groups, including the Proud Boys and Utah Citizens’ Alarm, at the demonstration who were armed with bats and firearms.

Egan said he was walking up the first set of stairs toward the Capitol to film a demonstrator using a megaphone when a protesters accosted him.

“He was singing this sort of childhood, baby song about putting your diapers on your face talking about masks,” Egan said. “I wanted to film that song and I hadn’t even really started filming yet when some [other] guy came out of nowhere and said, ‘Look at you with your mask on, you fucking pussy.’”

Egan said he brushed the encounter off and continued working. Approximately a minute or two later, Egan said, a man carrying a flag repeatedly waved it in his face, preventing the photojournalist from taking pictures of him or from continuing to walk up the steps.

“As I tried to make my way through, he started shoving me and pushing me, saying stuff like ‘Get the fuck out of here,’” Egan said. “I just saw quickly from the corner of my eye the same guy who had yelled at me a minute or two earlier just popped around the corner to the side of this guy and sprayed me in the face [with mace]. He just ran up, sprayed me and ran.”

Egan said he was carrying two cameras and has no doubt that he was targeted because he was identifiable as a member of the press.

“As soon as the guy sprayed me, they all started laughing at me — all these Proud Boys or Boogaloo Boys who had this sort of gauntlet up to the capitol building,” Egan said. “I’m just stumbling blindly up these stairs thinking, ‘I’ve got to get away from these guys because they could beat me up, steal my cameras, whatever.’”

At first, the effects of the irritant were pretty mild, but suddenly he couldn’t see. Luckily, he said, Associated Press journalist Rick Bowmer found him and helped him to a quiet area where his fellow Tribune photojournalist Francisco Kjolseth was able to rinse out his eyes with a bottle of water.

After approximately 45 minutes and having his eyes rinsed three or four times, Egan said he was able to continue photographing the protest.

“[The attack] kind of freaked me out a bit, mentally it messed me up a little bit, but I was able to see enough to shoot,” Egan said.

Egan said he found a quiet place to edit some of his photos and check to see if he had captured any photos of his assailant.

“While I was going through my photos though I saw a reflection on my screen and turned around to see the guy who had been waving the flag standing directly behind me, watching me,” Egan said.

Egan told the Tracker he quickly and calmly packed up his belongings and found a police officer, who escorted him inside the Capitol to give a statement about the assault.

Immediately after, Egan returned to his car and drove back to the office to finish editing his images there.

Egan said that he never felt like the armed demonstrators would hurt him as a member of the press, and that their main aim was to intimidate.

“None of us really back down,” Egan said. “I don’t think they’ve successfully intimidated any of us up to this point and I hope that this instance won’t make us not cover a story or not show up or not stay somewhere just because they’re there, because then they win. That’s what they’re trying to do.”

“An assault on a journalist is an attack on freedom of press and democracy. This is unacceptable, and should not be allowed to go unchecked,” Mendenhall wrote.

The Salt Lake Police Department did not immediately respond to voicemail requesting comment.