Independent journalist Jarrid Huber suffered a concussion and neck trauma after being struck in the head, chest with crowd-control munitions while covering a demonstration outside an ICE facility in Portland on Jan. 20, 2021.

Independent journalist Jarrid Huber said he was struck in the head with a type of tear gas canister fired by federal officers while covering a protest in front of the U.S. Immigration and Customs Enforcement facility in southern Portland, Oregon, on Jan. 20, 2021.

According to news reports, an estimated 100 people marched to the ICE facility around 9 p.m. to protest the detention of migrant children in cages. At 9:30 p.m., federal officers declared the gathering an unlawful assembly.

In Huber’s footage from that evening, federal officers can be seen leaving the ICE facility and lining up across the railroad tracks along the east side of the building. The line begins to advance toward the crowd — which appears to be retreating up South Moody Avenue — when the officers appear to open fire with crowd-control munitions without warning. As Huber turns and jogs away at around 37 minutes into the footage, he can be heard saying, “I got hit in the head.”

Huber told the U.S. Press Freedom Tracker that he was struck in the head with one of the three canisters of a Triple-Chaser, a type of tear gas canister that breaks apart to disperse tear gas across a wider area, when it ricocheted off the ground. Huber said that he was also struck multiple times in the chest with pepper balls and at least one baton round — a type of crowd-control munition that includes rubber bullets but also foam and wooden baton rounds.

Huber said he was wearing a body armor vest labeled with “PRESS” on the front and back, as well as a neck gaiter branded with the logo of Boop Troop Eugene and a press pass issued by the digital outlet. On its website, Boop Troop describes its coverage as focusing on “socio-economic issues, protests and educational awareness.”

According to Huber’s footage, he was able to continue filming for approximately two hours, saying on multiple occasions, “I feel fine.”

The following day, Huber posted on Facebook photos of abrasions on his temple and an update detailing the injuries he sustained.

“I have a mild concussion and trauma to the neck from my head being shot but they don’t believe there is any internal bleeding and my eye socket and temple seem to be okay other than small swelling and bruising,” Huber wrote. “They want me keeping a close eye on if symptoms get worse and I’m going to miss a few days of work.”

Huber told the Tracker he ultimately was unable to resume his protest coverage for two weeks.

The Department of Homeland Security, which coordinated the federal presence during the protest, didn’t respond to a request for comment on the incident.

The ICE protest was one of many social justice demonstrations in Portland that have been ongoing since protests first broke out in May 2020 following the death of George Floyd in Minneapolis. The Portland Police Bureau has said it wouldn't comment on incidents involving journalists covering the protests, citing continuing litigation in the ACLU case. The U.S. Press Freedom Tracker is documenting assaults, arrests and other incidents involving journalists covering protests across the country. 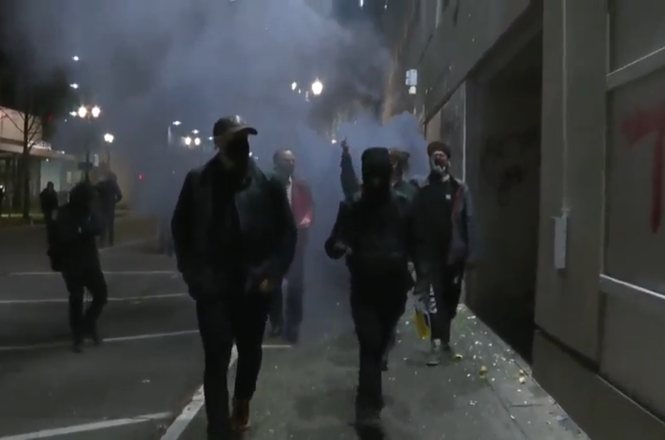 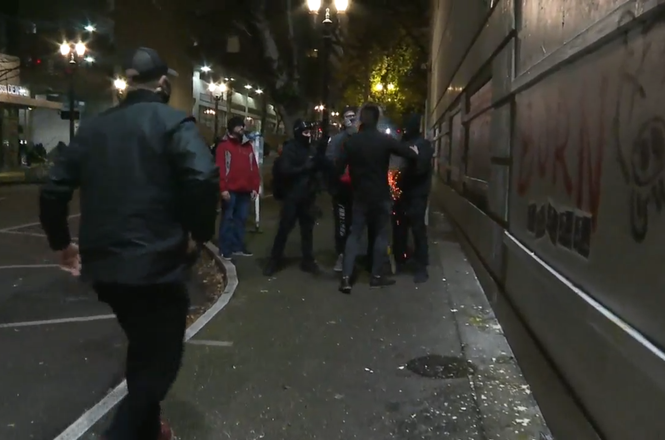