Journalist arrested while reporting on homeless encampment in Oregon

Ehrlich, who was working for Jefferson Public Radio at the time, was arrested on Sept. 22, 2020, and charged with trespassing, resisting arrest and interfering with a peace officer. The last charges against her were dropped on Aug. 30, 2022.

The lawsuit filed on Ehrlich’s behalf asserts that officers violated her First and Fourth Amendment rights to free speech and from unreasonable searches and seizures. It also alleges that officers falsely arrested and assaulted her, naming seven Medford Police Department officers and a Jackson County probation officer as defendants.

According to the suit and bodycam footage obtained by her attorneys, officers grabbed Ehrlich’s wrists, forced her arms behind her back and kicked at her feet and legs before forcibly removing her from the park. In light of these details, the U.S. Press Freedom Tracker is cross-listing this incident as an assault in addition to the original arrest.

“Medford police shouldn’t have arrested me for doing my job as a journalist and the city of Medford shouldn’t have doubled down on that wrong by pursuing criminal charges for the last two years,” Ehrlich said in a statement released by her attorneys. “I want to ensure no journalist in Oregon or elsewhere has to experience such a stressful and traumatizing experience as the one I had to endure.” 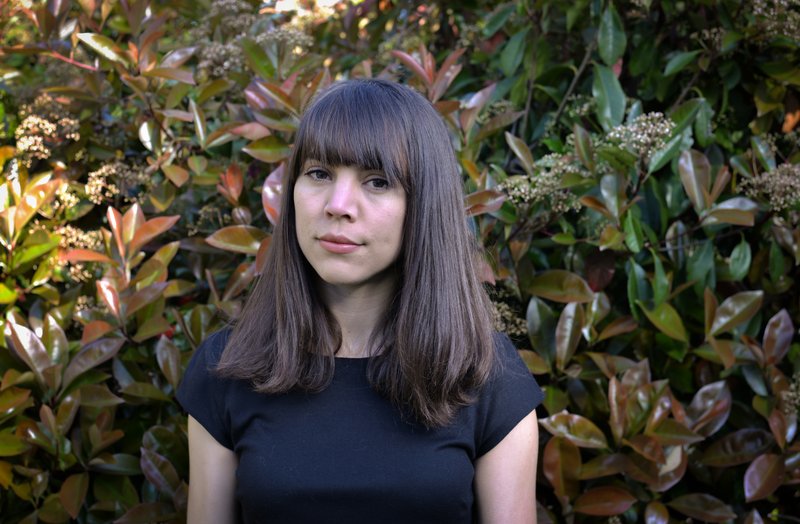 Portrait of reporter April Ehrlich, courtesy of her attorneys.

Charges dropped against reporter nearly two years after her arrest

Nearly two years after her arrest while covering a homeless encampment sweep in Oregon, a judge dismissed the remaining charges against reporter April Ehrlich in August 2022.

Ehrlich, who was working for Jefferson Public Radio at the time, was arrested on Sept. 22, 2020, while reporting on police evictions of a homeless encampment in Medford, Oregon. While officers arrested her on charges of trespassing, resisting arrest and interfering with a peace officer, the City Attorney’s Office only elected to pursue the first two charges that October.

According to court documents reviewed by the U.S. Press Freedom Tracker, Ehrlich’s attorney, Jacob Houze, filed a motion to dismiss the charge of criminal trespass in the second degree as unconstitutional in July 2022. Municipal Court Judge William Haberlach granted Houze’s motion on Aug. 26, exactly three weeks before Ehrlich was to go to trial.

In a statement shared by Houze, Ehrlich said she was “humiliated and traumatized” by her arrest.

“For the last two years, the City of Medford has forced me to relive those events by prosecuting me,” Ehrlich said. “My arrest and prosecution were an attack on our Constitution’s First Amendment and our democratic freedom of the press.”

Houze told the Tracker that to the best of his knowledge, no judge has dismissed charges against a journalist as unconstitutional in recent memory and he hopes that the ruling will serve as a deterrent for other law enforcement and prosecuting agencies.

“Even after [Andrea Sahouri’s] acquittal, the prosecutor’s office in this case was undeterred,” Houze said, referring to the Des Moines Register reporter who was arrested while covering protests in 2020 and stood trial in 2021. “Hopefully this will help people in the future not be prosecuted for doing professional journalism.”

Jefferson Public Radio reporter April Ehrlich confirmed to the U.S. Press Freedom Tracker on Oct. 25, 2021, that prosecutors have elected to move forward with setting a trial date following her arrest last year. The trial date has been set for March 25, 2022.

Ehrlich was arrested and charged with criminal trespassing, interfering with a peace officer and resisting arrest on Sept. 22, 2020, while reporting on police evictions of a homeless encampment in Medford, Oregon. Medford Police Department Lt. Mike Budreau said Ehrlich was arrested after refusing to go to a media staging area set up by police officers. JPR Executive Director Paul Westhelle released a statement in support of Ehrlich, saying “[Ehrlich] knows how to be close enough to report without interfering.”

Medford Deputy City Attorney Eric Mitton elected to charge Ehrlich with trespassing and resisting arrest on Oct. 20, 2020, according to the Mail Tribune.

Nearly 50 press freedom advocacy groups and news organizations, led by Tracker partner Reporters Committee for the Freedom of the Press, called on the City of Medford to drop the charges against Ehrlich. If convicted, the journalist faces more than a year in prison and fines up to $7,500.

Editor’s Note: This article has been updated to reflect that the Medford City Attorney’s Office elected to pursue only two of the three charges — criminal trespassing and resisting arrest — against April Ehrlich.

Jefferson Public Radio reporter April Ehrlich was arrested while covering police evictions of a homeless encampment in a public park in Medford, Oregon, on Sept. 22, 2020.

Medford police arrested JPR reporter April Ehrlich as she was covering the MPD's operation this morning removing campers from the city's Hawthorne Park. She was one of 11 people arrested during the police action. We'll have more details as they become available.

JPR Executive Director Paul Westhelle said in a statement that Ehrlich had arrived at Hawthorne Park near downtown Medford in the early morning to interview some of the nearly 100 unhoused people who had taken up residence in the park. Police arrived at approximately 8 a.m. to enforce a 24-hour eviction notice.

Officers directed members of the press to a “media staging area” located at one of the entrances to the park, Westhelle said. He added that “it was not possible to adequately see or hear interactions between police officers and campers, or gather audio” from the staging area.

MPD’s Lt. Mike Budreau told the Committee to Protect Journalists, a founding partner of the U.S. Press Freedom Tracker, that Ehrlich was arrested after reportedly refusing to go to the media staging area. Budreau added that members of the press “had full access to the park up until the public closure and the media staging location was well within view of the officers’ interactions with campers.”

JPR reported that Ehrlich was released later that afternoon with charges for criminal trespassing, interfering with a peace officer and resisting arrest.

If convicted, Ehrlich could face more than a year in prison and fines up to $7,500.

“April is a professional journalist and part of her job is being present during charged situations that sometimes involve law enforcement,” Westhelle wrote. “She knows how to be close enough to report without interfering.”

“JPR stands by April’s award-winning journalism and supports the courage it can take to tell compelling stories that don’t echo the narratives the institutions we cover sometimes lead us to.”

The Oregon Chapter of the Society of Professional Journalists issued a statement condemning the arrest, as did CPJ and Reporters Without Borders.