NYPD officers order Gothamist journalist Sydney Pereira to back up as she films an arrest in Brooklyn on June 5, 2020.

Journalist pushed by police while filming arrest in Brooklyn

An officer with the New York Police Department pushed Gothamist reporter Sydney Pereira as she filmed an arrest during a protest in Brooklyn, New York, on June 5, 2020, according to Pereira and videos of the incident.

The protest was held in response to a video showing a white police officer kneeling on the neck of George Floyd, a Black man, during an arrest in Minneapolis, Minnesota, on May 25. Floyd was pronounced dead at a local hospital. Protests against police brutality and in support of the Black Lives Matter movement have been held across the U.S. since the end of May.

After reporting on a protest in Manhattan, Pereira began to follow another demonstration near Grand Army Plaza in Brooklyn around 9:30 p.m., according to her Twitter feed. Police and protesters negotiated to allow protesters, who were out past an 8 p.m. curfew, to leave Grand Army Plaza peacefully, the Gothamist reported.

Pereira began to head home when she encountered a group of protesters being arrested near Nostrand Avenue and Crown Street around 10:30 p.m., she said.

As seen in a video filmed by City and State New York reporter Zach Williams, several police officers repeatedly shoved Michael Carter, who told the Tracker that he heard a commotion from his apartment and went outside to document arrests on his block. Carter said documenting police misconduct was part of his job as communications director for state Senator Julia Salazar.

Officers confronted him and ordered him to back up. After he was shoved into the metal security gate of a storefront, he tried to leave the area, he told the Tracker. Carter said he then heard an officer say, “Get him.”

Videos filmed by Pereira and Williams show Carter tried to run away as one officer swung his baton at him. Carter crossed the street before several officers in pursuit took him to the ground. As officers attempted to restrain Carter, several others ordered Pereira, who was standing several feet away, to back up.

“Press! Press! Press!” Pereira said to the officers as she held up her NYPD-issued press badge.

“I don’t care,” one officer responded as he pushed her back using his baton. He then turned away as two other officers continued to tell Pereira to back up. One officer yelled that she could keep recording if she backed up.

An officer in a white shirt, signifying a higher rank, intervened and told everyone to relax before walking over to Carter.

Pereira then stepped to the side to keep filming the arrest. A different officer told her, “If you come closer, you’re going to get yourself in trouble. Please stay where you are.”

“I’m press. Come on.” Pereira responded. “I gotta document what you all are doing. That’s my job here.”

Pereira told the Tracker she questioned why she was pushed. “I felt like I was allowed to be there to film, and I felt like I wasn’t too close,” Pereira said. “I didn’t have a tape measure, but I didn’t feel like I was obstructing the arrest from happening.”

The NYPD did not respond to requests for comment.

After the confrontation, the police did not hinder Pereira from reporting, she said. Officers escorted Carter to a line of other arrestees awaiting transport. With officers flanking him on all sides, he gave an account of his arrest to Pereira, who was filming. Senator Salazar later intervened to help get Carter released from police custody.

Carter, who is no longer with the senator’s office, told the Tracker that the journalists’ video documentation of his arrest had an impact because “people could see that I wasn’t being aggressive in any way or doing anything violent or even I would say illegal.”

“Someone needs to be able to do that without fear of harassment or threats or physical violence.”

A man hit a New York Post reporter with a piece of lumber during a demonstration to cut police funding at New York’s City Hall on July 12, 2020, the Post reported. The man was later arrested and charged with assault, police said.The weeks-long “Occupy City Hall” protests in June drew hundreds of people who pressed elected leaders to slash $1 billion from the New York City Police Department’s annual operating budget of around $6 billion. Dozens of people camped … 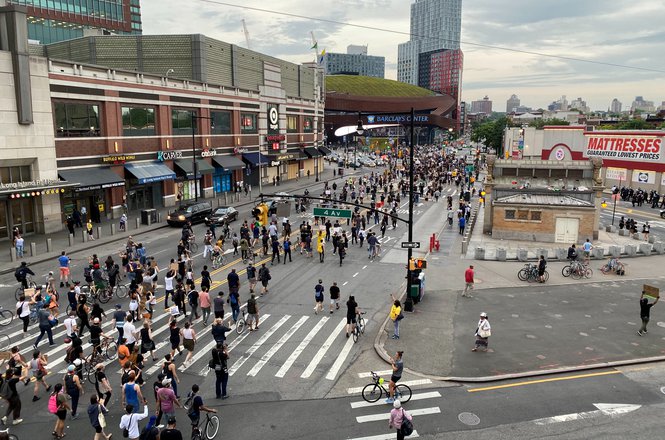 Freelance journalist pushed to ground by NYC officers during protests 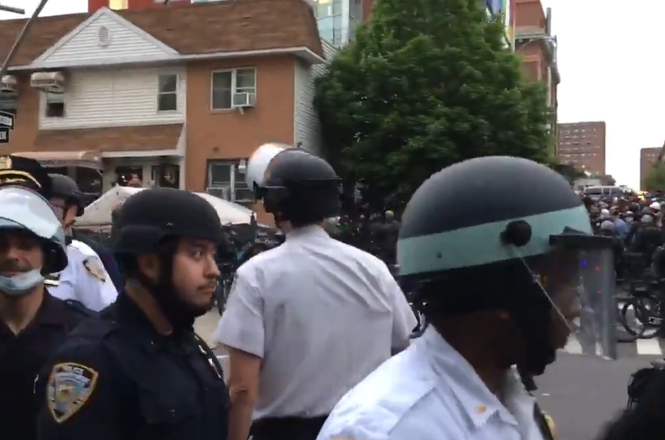 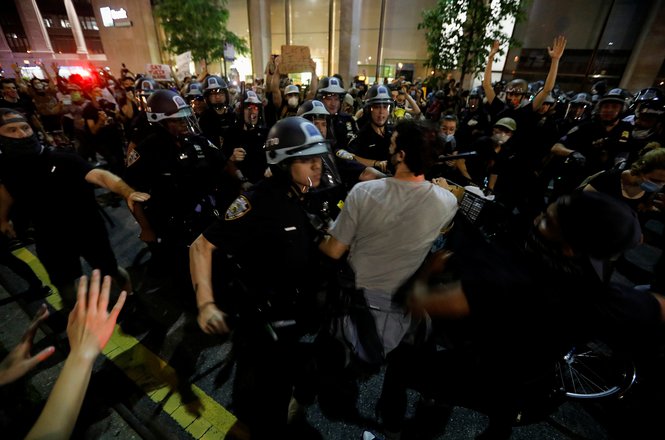 Tablet Magazine senior reporter Armin Rosen was beaten by police, who then confiscated his bicycle, while he was covering protests …
More related incidents