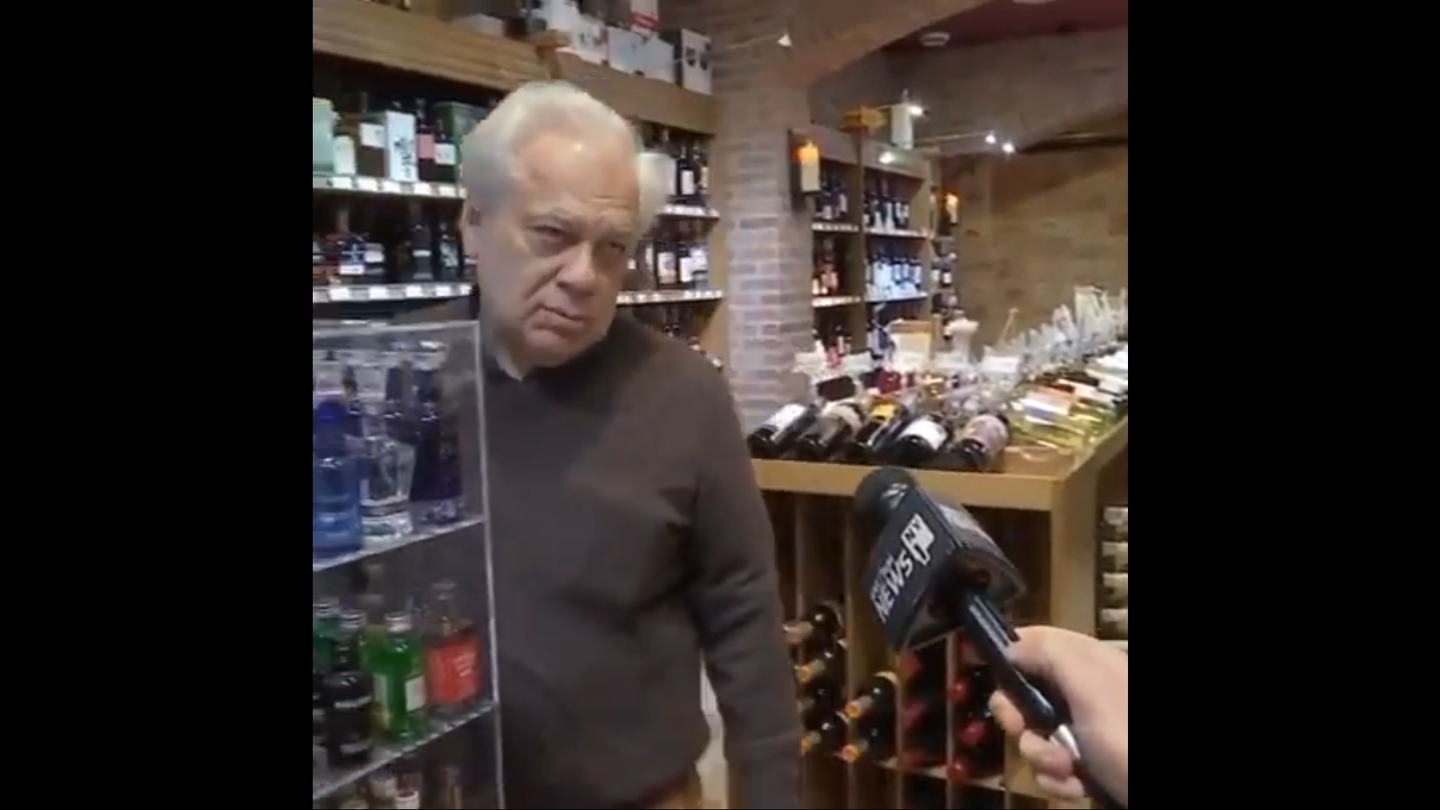 When an interview with a landlord became physical, a Spectrum News NY1 reporter was assaulted and the station camera was damaged.

Michael Herzenberg, a reporter for Spectrum News NY1, was assaulted and a NY1 camera damaged in an altercation with a New York City landlord on Nov. 12, 2019, after Herzenberg attempted to interview him concerning complaints from his tenants.

Herzenberg was investigating allegations that there had been no heat or gas in two buildings owned by Michael Rose since May, NY1 reported in its write-up of the altercation. Herzenberg entered a business owned by Rose alongside Daniel Bernstein, the founder of a tenants association for the buildings.

After answering a few questions, Rose became hostile. In a video of the incident captured by NY1, Rose answers a question then tries to grab the NY1 microphone out of Herzenberg’s hand and says, “Alright, that’s enough.”

Landlord/owner # didn’t like me @NY1 asking him why his tenants have #noheat He blames @conedison saying he tries to get the 2 buildings fixed everyday, but @nyccouncil @marklevinenyc says utility told him it’s the owner’s fault. @nypd charged owner Mike Rose w/Criminal Mischief pic.twitter.com/xGDz6FAoiS

Someone can be heard asking Rose what he is doing as he pushes Herzenberg multiple times and appears to attempt to pull away the NY1 camera. In its Facebook post, NY1 said the camera was broken in the altercation.

“I said get the fuck out of here,” Rose says. Rose appears to drag Herzenberg out of the store by his jacket. Once outside, Rose can be seen punching Bernstein in the head.

NYPD Spokesperson Sgt. Jessica McRorie told the U.S. Press Freedom Tracker that Bernstein sustained injuries but refused medical attention. It is unclear whether Herzenberg, who declined to comment, was injured in the scuffle. McRorie confirmed that Rose “broke a part of the [NY1] camera by smashing it with his hand.”

Rose was arrested and held overnight. McRorie told the Tracker that Rose has been charged with criminal mischief. West Side Rag reported that Rose’s next court date is Dec. 5.

Delia D’Ambra, a broadcast reporter for NBC2 News in Southwest Florida, was assaulted and her camera damaged while working on …

Bangladeshi journalist Farid Alam was physically attacked by individuals while at a press conference for the country’s ruling party, the Awami League, in New York City, New York, on Sept. 22, 2021.Alam, the executive editor of News Communications Network, attended a news conference hosted by U.S.-based Awami League members, where Bangladesh Parliament member Abdus Sobhan Golap gave a briefing on the United Nations General Assembly.Alam told the U.S. Press Freedom Tracker that he asked the party leaders about the large …

Independent photojournalist Gabe Quinones said he was assaulted by a New York City Police Department officer while covering demonstrations in Washington Square Park on June 5, 2021.The park had been the site of both protests and street parties; Gothamist reported that for several months the NYPD had attempted to enforce the park’s largely ignored midnight curfew.

According to news reports, Getty photojournalist Spencer Platt was assaulted by a man while covering New York mayoral candidate Andrew Yang’s campaign on Feb. 26, 2021.The New York Post reported that the alleged assault occurred as Yang and company traveled by ferry from Manhattan to Staten Island. Platt was reportedly on the ferry’s upper deck and talking to a friend over the phone when a man approached him. “I said something like, ‘What’s up?’” Platt told the Post. “He immediately …
More related incidents