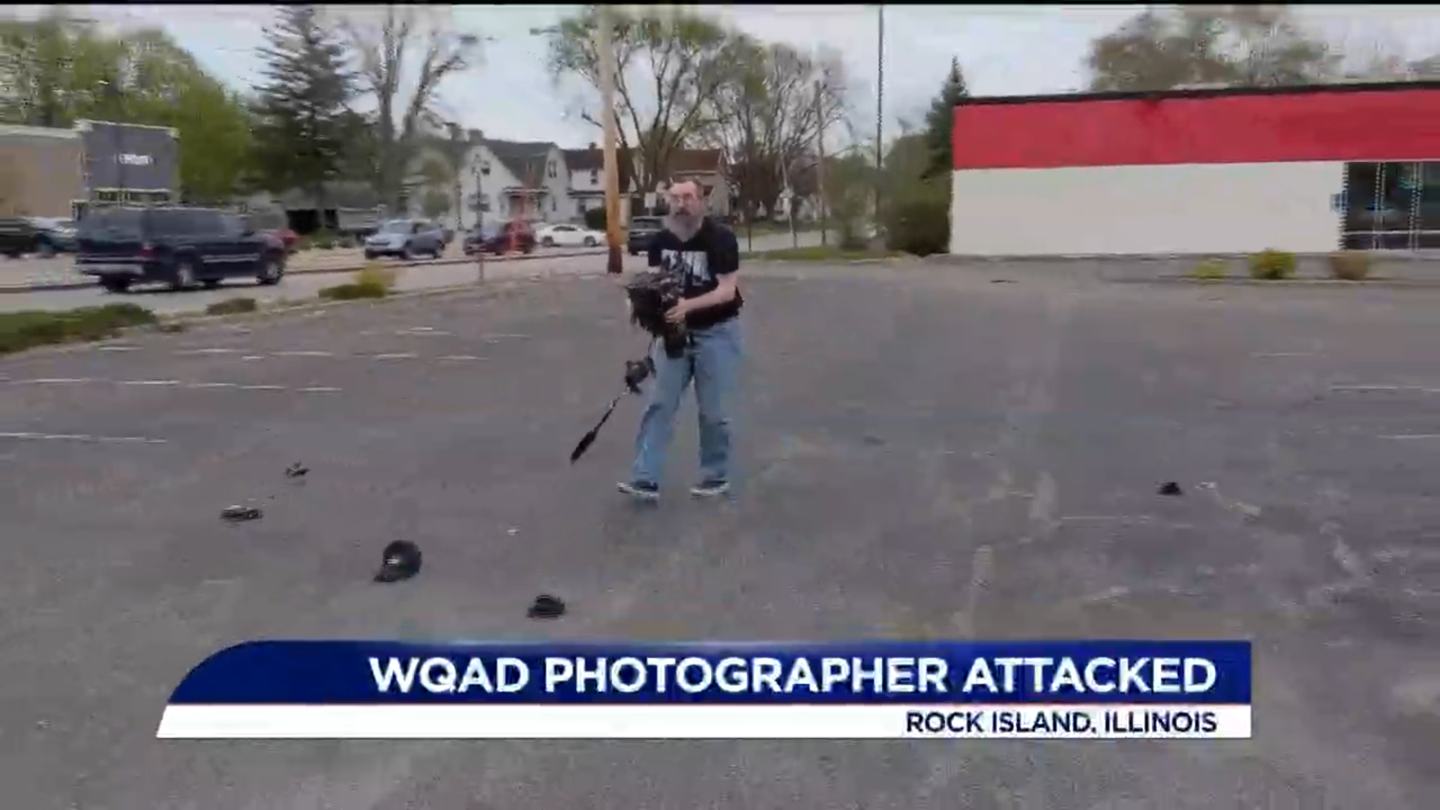 A WQAD News 8 photojournalist was assaulted and his camera destroyed while on assignment in Rock Island, Illinois, on May 1, 2020.

The photojournalist — who was not identified in the station’s article about the incident — was gathering footage of local business in the area from a sidewalk at approximately 5 p.m, WQAD reported.

A man driving by the area, later identified as 45-year-old Brett Laermans, was reportedly angry that he may have been filmed. Laermans stopped his car and grabbed the photographer’s hat. He then repeatedly smashed the WQAD broadcast camera on the ground, destroying it.

Police were called to the scene shortly after.

WQAD reported that the outlet’s photographer was uninjured and had filed a police report.

Rock Island Deputy Chief of Police Jason Foy told the U.S. Press Freedom Tracker that Laermans was not arrested at the time. However, Foy said that the Rock Island County State’s Attorney’s Office charged Laermans with battery and criminal damage to property on May 5.

The State’s Attorney’s Office also issued Laermans a court summons for July 13, according to WQAD.

WQAD News Director Alan Baker could not be reached for comment.

Block Club Chicago reporter and photojournalist Colin Boyle was assaulted by a Chicago police officer while he was covering a demonstration in northwest Chicago, Illinois, on April 16, 2021. According to its website, Block Club is a local, reader-supported nonprofit newsroom “dedicated to delivering reliable, nonpartisan and essential coverage of Chicago’s diverse neighborhoods.”According to the Chicago Sun Times, hundreds of demonstrators gathered in front of the city’s Logan Square Monument the evening of April 16 to demand justice for 13-year-old …

A photographer for the Chicago Tribune was shoved and had her cameras stolen by two unidentified men while covering protests in downtown Chicago, Illinois, on the night of May 30, 2020.The protests were sparked by a video showing a Minneapolis police officer kneeling on the neck of George Floyd, a black man, during an arrest on May 25. Floyd was pronounced dead at a local hospital.Tribune photographer Erin Hooley said she had been photographing protests and altercations between demonstrators and … 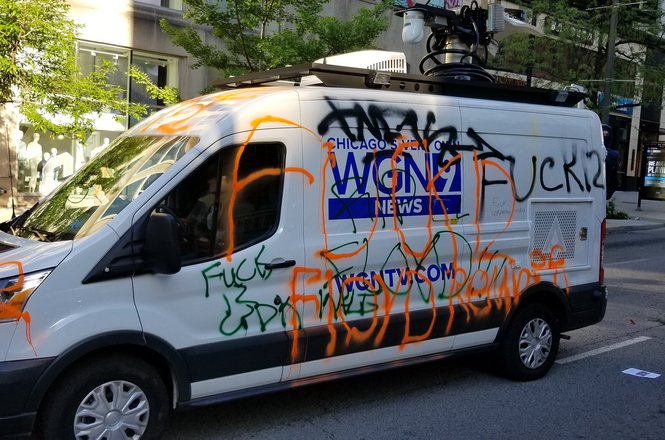 A van for television network WGN News was vandalized by unidentified individuals during protests in Chicago, Illinois, on May 30, …
More related incidents