Los Angeleno photojournalist Jintak Han was assaulted by a law enforcement official dressed in riot gear while reporting on clashes between protest groups in Beverly Hills, California on Oct. 31, 2020, at approximately 2:30 p.m., Han told the Committee to Protect Journalists.

Han said that he was taking pictures of a protest staged by supporters of President Donald Trump and a counterprotest when he was pushed to the ground by an officer from the Beverly Hills Police Department. Though Han said he was unable to see which officer pushed him to the ground, later video footage confirmed that it was a member of the Beverly Hills police force.

Han said he was wearing an off-white T-shirt, which distinguished him from the counter protesters wearing all black, and a backpack with a helmet with the word “press” written on it.

Over at Beverly Gardens Park. BHPD just tackled me to the ground for photographing counterprotesters fighting a Trump supporter.

Han said that the officer knocked him over on his left side, causing Han to fall on top of one of his cameras and sprain his wrist. He told CPJ, a founding partner of the U.S. Press Freedom Tracker, that he did not seek medical attention.

In a statement to the Tracker, Han said that the camera, a Canon 5D Mark VI, was damaged during the fall, and he estimated the cost of repairs would be at least $1,150.

“I’ve been shoved by police before, but this was unlike anything that I’ve felt before,” said Han, describing how a police officer in riot gear — including body armor, helmet and a baton — shouldered him to the ground.

Han said two bystanders, including Vishal Singh who recorded the assault, helped Han to stand and move away from the scene.

Han told CPJ that he went to file a complaint at the Beverly Hills Police Department on Nov. 1, and that, while he was there, law enforcement officials questioned his understanding of media laws in California.

“They suggested that I might be charged with a failure to disperse, despite the penal code specifically allowing the news media to be at the scene for news gathering purposes,” Han said. “I felt that was an attempt at journalism intimidation and was completely baseless.”

Han said he still plans to file a complaint with the police department and the city of Beverly Hills.

BHPD executive officer Lt. Max Subin told CPJ via phone that on Nov. 5 Han filed a complaint with the department about one of their officers who allegedly shoved him while he was reporting. Subin said the department is conducting an internal use of force investigation.

Vishal Singh, a videographer who works on Netflix documentaries and has been covering demonstrations in Los Angeles, said he was assaulted by a police officer while reporting on clashes between protest groups in Beverly Hills, California on Oct. 31, 2020.Singh told the U.S. Press Freedom Tracker he was covering a group of counterprotesters as they marched to a rally held by supporters of President Donald Trump. When the group arrived at the Trump rally, police from Beverly Hills and other … 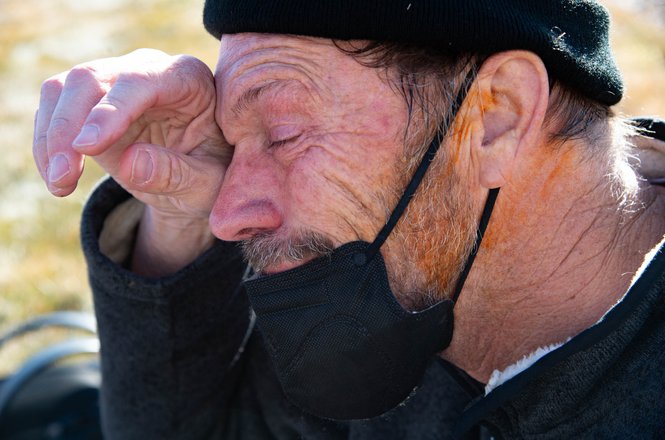