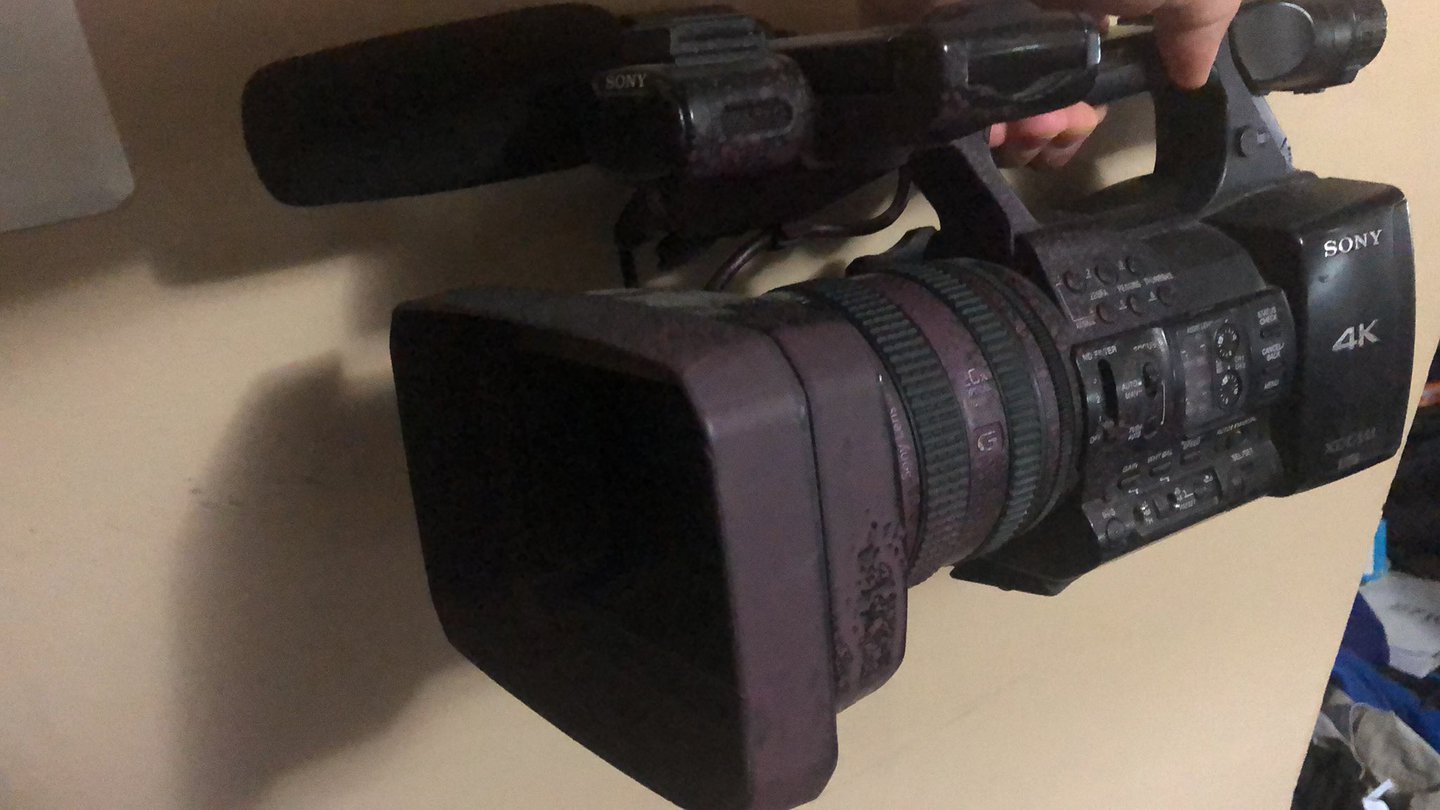 While documenting opposing demonstrations in Portland, Oregon, a demonstrator sprayed the camera of Ford Fisher, co-founder and editor-in-chief of News2Share, disrupting his ability to cover the clashes.

A demonstrator sprayed the camera of Ford Fischer, co-founder and editor-in-chief of News2Share, with paint while he was documenting demonstrations in Portland, Oregon, on Aug. 22, 2021.

Far-right demonstrators had planned for the “summer of love” protest in support of the “political prisoners” of the Jan. 6 Capitol insurrection to take place downtown, The Intercept reported, but had moved the location that morning to an abandoned Kmart parking lot in east Portland following the announcement of several counterprotests.

The Portland Police Bureau announced ahead of the dueling demonstrations that officers would not intervene in any resulting clashes.

“You should not expect to see police officers standing in the middle of the crowd trying to keep people apart,” Chief Chuck Lovell said in a statement. “People should keep themselves apart and avoid physical confrontation.”

Fischer told the U.S. Press Freedom Tracker that far-right demonstrators had gathered and started drinking beer in the parking lot, with speeches beginning at approximately 2:30 p.m. After an hour and a half, Fischer said, tensions rose and conflicts began breaking out when some counterprotesters in black bloc arrived at the Kmart.

“Very suddenly everything changed tone,” Fischer said. “You had Proud Boys who were beginning to shoot paintballs and so forth at these antifascists, who were shooting mace and fireworks.”

At approximately 4:10 p.m., according to Fischer’s livestream, one of the counterprotesters approached independent journalist Maranie Rae Staab and began shouting at her. When Staab attempted to speak with the counterprotester, another protester grabbed and destroyed her phone while others threw her to the ground, maced and struck her with a paint balloon.

“We, the rest of the media, sort of pulled her away from them,” Fischer said. “As she was recovering, one person in black bloc approached and sprayed all of the press with paint again.”

Fischer said it appeared that the individual was using a fire extinguisher filled with paint, adapting what he said was a common leftist tactic of using paint balloons to mark “combatants” or damage electronic devices.

She approached to speak to their group, and they shot paint and mace at her and threw her on the ground.

As she recovered, one shot more paint at both her and press helping her. pic.twitter.com/XKgDxvFc5D

Fischer told the Tracker that his 4K video camera was caught in the paint spray, covering the lens with drops of paint that hindered the auto-focus and disrupted his coverage of the clashes.

“The end result is that a lot of the footage that came since then was blurry and obscured by paint,” Fischer said. “It was not long after that assault that the Proud Boys piled on this individual who appeared to be a leftist in a vehicle transporting water bottles.

“While there was a lot of incredible photography of that incident, I think that my video is probably still the best recording of that and frankly it’s quite impeded, it’s probably not as decisive or clear as to who did what as it would have been if that hadn’t happened.”

Fischer said that while he was able to clean most of the paint off the lens, there is still paint in the mechanisms on the side of the camera and he will need to have it professionally cleaned.

Fischer told the Tracker he has not filed a police report about the incident.

Independent journalist Maranie Staab was assaulted multiple times and several pieces of her equipment were damaged while she was covering clashing demonstrations in Portland, Oregon, on Aug. 22, 2021.Far-right demonstrators had planned for the “summer of love” protest in support of the “political prisoners” of the Jan. 6 Capitol insurrection to take place downtown, The Intercept reported, but had moved the location that morning to an abandoned Kmart parking lot in east Portland following the announcement of several counterprotests.The Portland …

Independent video journalist Mason Lake said a Portland police officer shoved him with a baton and damaged his on-camera microphone while he was covering a protest in Portland, Oregon, on June 25, 2021.According to The Oregonian, protesters gathered near the Oregon Convention Center after a Portland police officer shot and killed a man outside a Motel 6. Some demonstrators shouted for officers to quit their jobs, while officers stood facing the protesters with shields and batons. The Portland Police Bureau …

Independent journalist Justin Yau said he was attacked and shoved to the ground by an unidentified individual while covering a protest at Lents Park in Portland, Oregon, on April 16, 2021.According to Willamette Week, Portland police fatally shot a man in the park that morning after receiving reports of a man pointing a gun. Demonstrators immediately gathered near the scene, yelling “shame on you," at police, which led police to declare an unlawful assembly shortly before noon, according to the …

KATU ABC 2 reporter Genevieve Reaume was assaulted and had her phone smashed by individuals participating in an eviction protest in Portland, Oregon, on Dec. 8, 2020.Reaume and KATU ABC 2 photojournalist Ric Peavyhouse were covering a protest against the feared eviction of a Black and Indigenous family from their foreclosed home in North Portland. Activists had been camping out at the property on North Mississippi Avenue — known as the “Red House” — for months when law enforcement came …
More related incidents