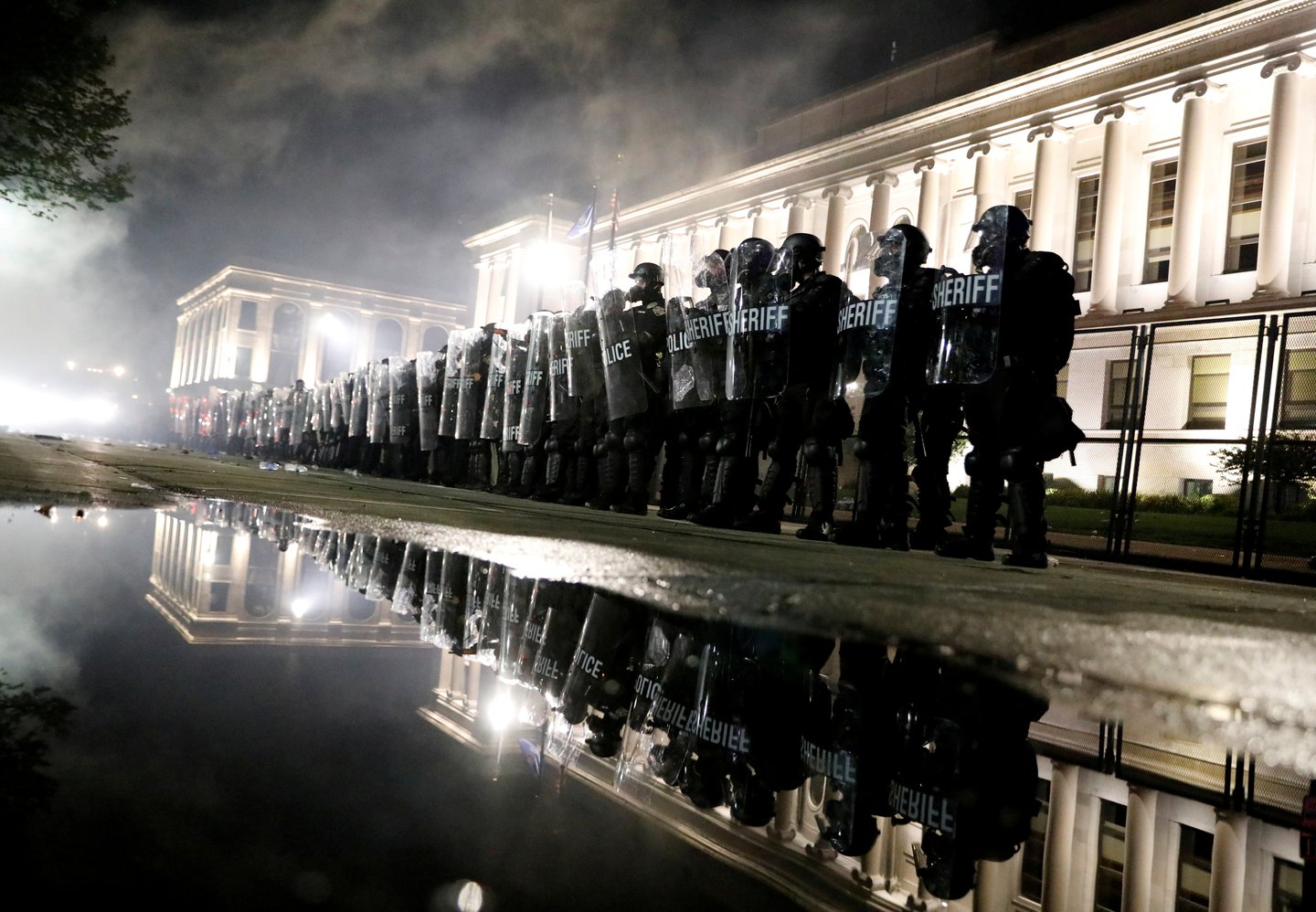 Alyssa Schukar, who was on assignment for The New York Times, was hit in her left hand and Scott Olson, a Getty photojournalist, was struck in the head. They were both documenting clashes between law enforcement and demonstrators in front of the Kenosha County Courthouse that had continued past an 8 p.m. state of emergency curfew. In an effort to disperse protesters, officers fired pepper balls and tear gas, according to several press reports.

Schukar told U.S. Press Freedom Tracker that she was struck as she stood to the side of the demonstration, about 30 yards from the protesters and an equal distance from the line of police. The bullet struck the base of her index finger, shattering the bone and causing fractures. “I went straight to the medic area and then I had to go straight to the hospital, it was very obviously broken,” she said. Since then, Schukar has had two surgeries, and she is now in physical therapy.

Schukar said that law enforcement officers were firing from a narrow gap behind a barricade and that when she was hit, she was standing far away from protestors. Although she said she could not be certain whether she was deliberately targeted, “it feels a bit suspect to me.” Schukar said she was wearing a helmet and goggles, but no body armor. She said that when she was struck, her hand was on top of her stomach, where she was carrying one of her cameras. “These are highly trained law enforcement folks,” she said. “To me, it doesn’t make sense that they could [accidentally] hit me so squarely in the middle of my body.”

Schukar said she did not file a complaint with police, but legal counsel for The New York Times submitted a letter to police and to the Kenosha County Sheriff’s Department asking for an investigation into the shooting. “It’s important this is on the record, because this is happening increasingly,” she said. As of late October the Times had not received a response, according to Schukar.

Olson told the Tracker that he was hit during the same protest as he photographed demonstrators taking cover behind a dumpster. He said he was wearing a helmet and a gas mask for protection when a rubber bullet struck the side of his head, tearing cartilage in his ear and leaving him bleeding and with a temporary hearing loss. He said his hearing came back about twenty minutes later, and his physical injury did not result in long-term damage.

Olson said he was standing about 15 feet from protesters and roughly 30-50 feet from police officers. He said that from where he stood, the side profile of his body would have been visible to law enforcement officers, who were behind a fence surrounding the courthouse. “I think they were firing in between the opening of the fence,” he told the Tracker. Because of his position, and because he was carrying two professional cameras, Olson believes it was clear that he was a member of the press. He said that there was also another photojournalist close to him. “I think we were pretty identifiable,” he told the Tracker, adding that, since he was far away from demonstrators, he felt that the rubber bullet that hit him had been deliberately targeted.

The Kenosha County Sheriff’s Department and the police department have not responded to requests for comment.

Protests in Kenosha started on Aug. 23, 2020, after police officers shot Jacob Blake, a Black man, in front of his three children, leaving him paralyzed. Hundreds of people in Kenosha joined public protests against police brutality and while many demonstrations were peaceful, some buildings in the city were set on fire. The night Alyssa Schukar and Scott Olson were hit by rubber bullets, a group of armed vigilantes patrolled the streets of Kenosha. Later that night, two protesters were shot dead and another man was injured. A 17-year-old was arrested and now faces criminal charges for those killings. 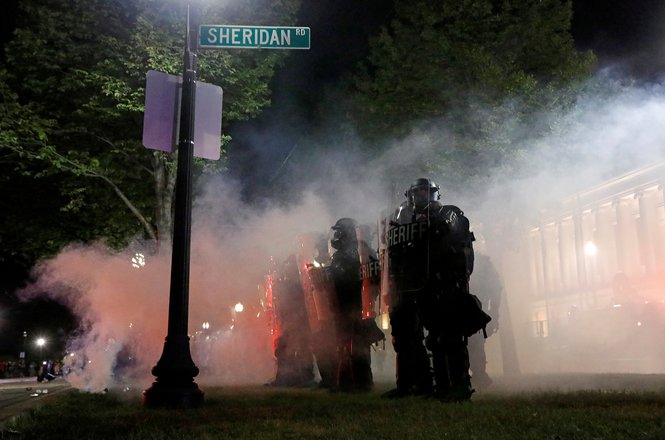 Robert Chiarito, a journalist on assignment for the news agency Agence France-Presse, was hit in the leg by a rubber …