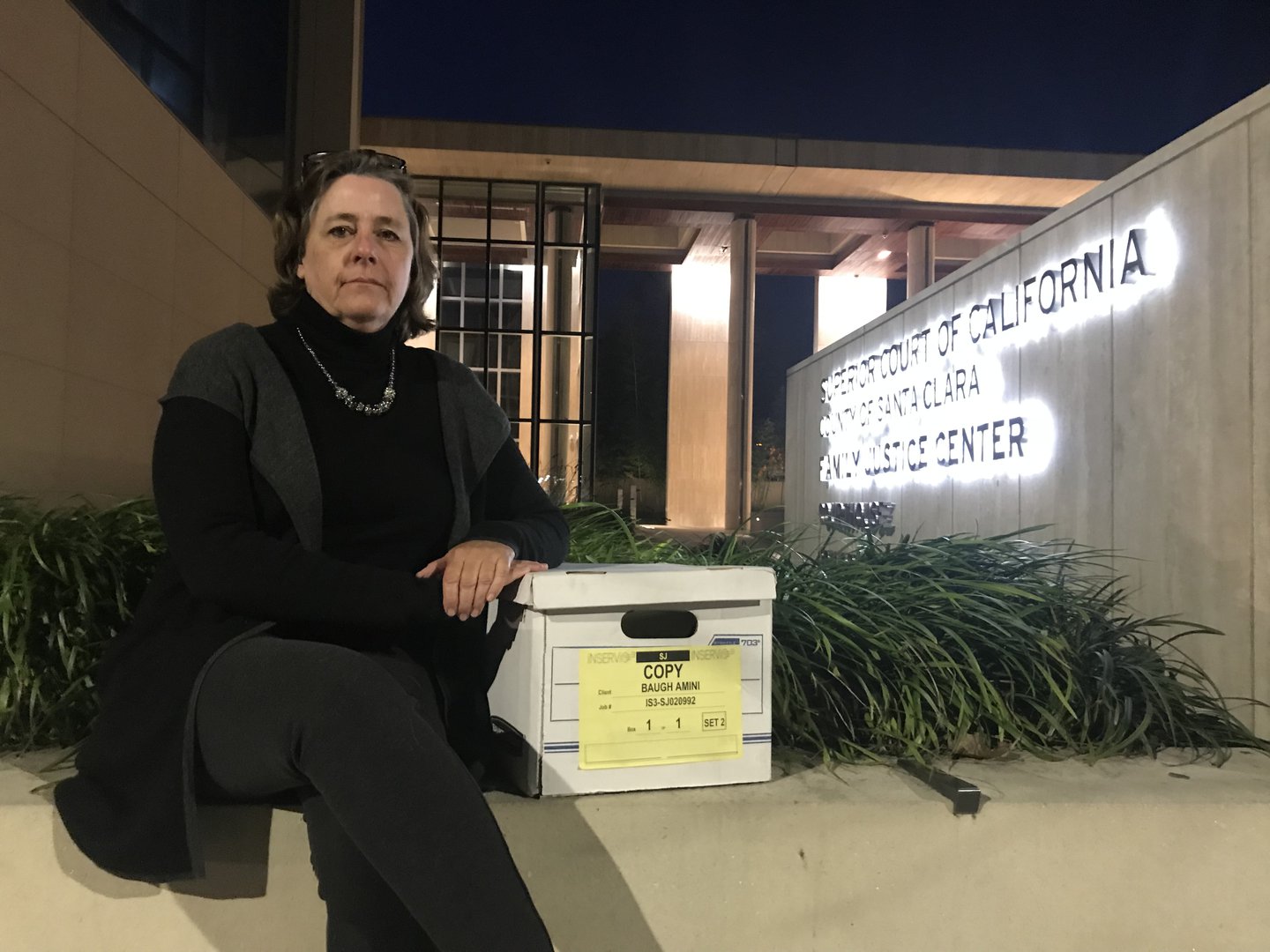 While filming a police interaction at Santa Clara County Superior Court on Nov. 14, 2017, independent courts reporter Susan Bassi had her finger broken in an altercation with a sheriff’s deputy. She was later charged with obstructing a police officer and violating a court order that prohibits the use of recording devices in the courthouse.

Ex Parte is a court news publication, with online and print editions.

On Nov. 14, Bassi was inside the Santa Clara County Superior Court’s eighth-floor family records room, assisting family court litigant Scott Largent with research. After Largent took a photograph of some records with his phone, sheriff’s deputies entered the room and confronted Largent, ordering him to delete the photos.

After Bassi began recording, one of the deputies approached her and ordered her to stop recording — an interaction that Bassi captured on video.

In her recording of the incident, a sheriff’s deputy tells her to “stop recording.” Bassi responds, “I heard you,” but continues to record. The deputy then reaches for the phone in Bassi’s hand, and Bassi says, “Give me my phone!” and “You broke my finger!”

When asked by Bassi, the officer identified himself as Joshua Seymour.

Bassi and Largent filed a complaint later the same day with the internal affairs division of the Santa Clara County Sheriff’s Department alleging excessive use of force.

On Nov. 15, the day after the incident in the records room, the Santa Clara County District Attorney’s office filed a criminal complaint against Bassi for an earlier, separate incident. The complaint alleges that Bassi took a photograph of a person next to an American flag in the courthouse on Aug. 31, 2017, in violation of the court order that prohibits the use of any recording devices inside the courthouse.

Bassi later told San Jose Inside, a local politics news site, that she only learned of the charges against her on Dec. 4, when she was stopped and arrested while attempting to enter the courthouse.

On Jan. 3, 2018, Bassi was arraigned on three counts — two counts of willful disobedience of a court order (for recording inside the courthouse on Aug. 31 and Nov. 14, 2017) and one count of resisting, delaying, or obstructing an officer — and entered a not guilty plea. On March 19, 2018, she was caught recording inside the courthouse once again, which led to a third count of willful disobedience of a court order.

A jury trial on all four counts is scheduled to begin on March 4.

On Nov. 29, 2018, Bassi filed a federal lawsuit against Santa Clara County, alleging that her civil rights were violated. That suit has been stayed pending the outcome of Bassi’s criminal trial.

Rules regarding taking pictures in courtrooms vary significantly from court to court. Bassi’s attorney, Dmitry Stadlin, believes that the local court order is not only vague and overly broad, but also might not be legal.

“This local rule does not provide definite guidelines for the police in order to prevent arbitrary and discriminatory enforcement,” Stadlin wrote in a demurrer. “The local court rule which bans all photography and recordings is a prior restraint on free speech, and thus subjects to close judicial scrutiny and permissible in only the most extraordinary circumstances.”

Editor’s note: This article was updated to insert hyperlinks. 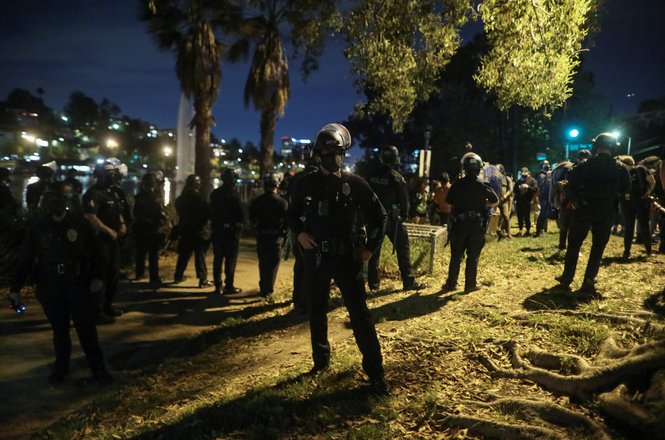 At least 17 journalists were arrested or detained in Los Angeles, California, while documenting demonstrations near Echo Park Lake on …

Independent photojournalist Christian Monterrosa told the U.S. Press Freedom Tracker that he was hit with rubber bullets fired by Los Angeles law enforcement while documenting demonstrations near Echo Park Lake on March, 25, 2021.Crowds had gathered at Echo Park Lake to demonstrate against the city’s plan to clear a large homeless encampment, the Washington Post reported. According to the Post, Los Angeles Police Department officers declared the gathering at the park’s northern entrance unlawful shortly after 8 p.m., but before …

At least 17 journalists were arrested or detained in Los Angeles, California, while documenting demonstrations near Echo Park Lake on March 25, 2021, as reported to the U.S. Press Freedom Tracker, on social media and in other news outlets.As crowds demonstrated against the city’s plan to clear a large homeless encampment, Los Angeles Police Department officers declared the gathering at the park’s northern entrance unlawful shortly after 8 p.m., the Washington Post reported.According to the Post, before anyone could exit, …
More related incidents